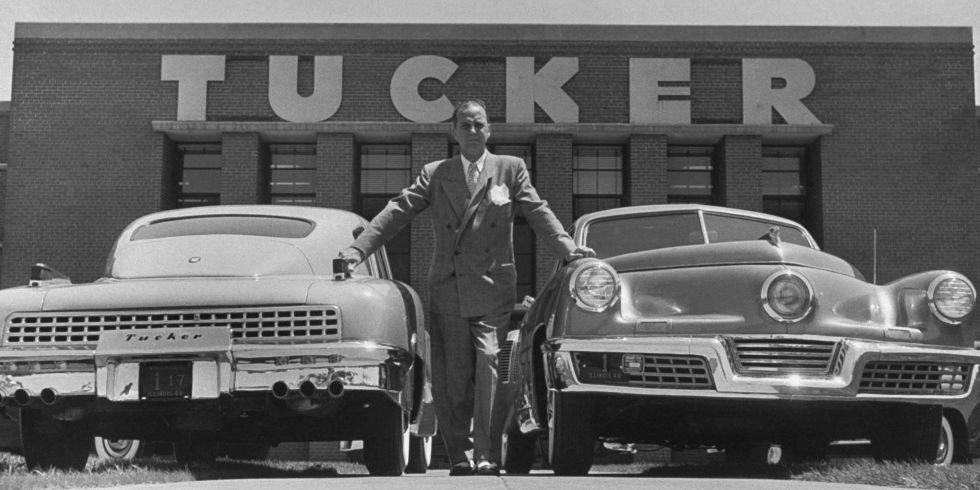 Tucker was acquitted but his business was ruined. Someone who should study the Tucker story is Elon Musk: His actions with Tesla mirror some of the things for which Tucker got in trouble. Musk and Tesla have done nothing wrong, mind you. But remember that Tucker was ruined by the government and he had done nothing wrong either. Preston Tucker launched a car company shortly after World War II. Those who saw “Tucker: The Man and His Dream,” starring Jeff Bridges know the general outline of the man who raised millions in a stock offering only to be dragged into federal court and tried for fraud.

Preston Tucker was a long-time car guy, spending much of his time selling cars in the years leading up to World War II. During the war he ran his company, Ypsilanti Machine & Tool. At the time, the U.S. government commandeered the auto industry and turned it into the Arsenal of Democracy. For a few years, no new civilian cars were built. When the war ended, there was an opportunity for an upstart car company. Preston Tucker decided to jump into the fray and announced he would build an all new car using the latest technology: disc brakes, fuel-injection, rear-engine/rear-wheel drive. And he said he would sell the cars at a competitive price. The news media ate it up and Tucker soon became a household name. 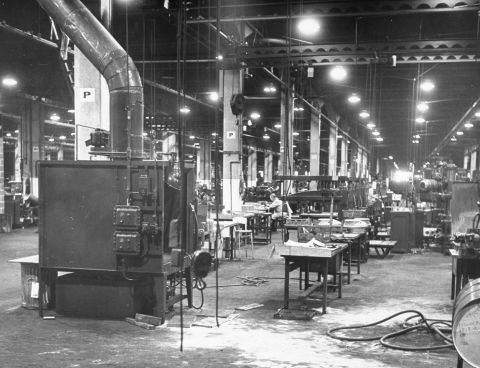 The Tucker factory
Most Popular

Consumers clamored for the cars and so did would-be car dealers. To set up his sales force, Tucker began selling franchises across the country. The dealerships he sold required dealers to pre-order cars. And those pre-orders cost dealers $20 for each car they reserved. Between dealer fees and preorders, Tucker raised $10,000,000. When he later did an IPO of Tucker stock, he raised another $17,000,000. He then set about lining up suppliers and building cars.

Around this time, the SEC began investigating Tucker. His chief antagonist at the SEC was Harry McDonald, a long-time bureaucrat from Michigan, with close ties to Detroit. Just as the first cars rolled off of Tucker’s assembly line, federal agents showed up at the Tucker factory and demanded to see everything within it. Records, blueprints, correspondence. In a time before copiers, the request was chilling. But worse: Someone leaked the story of the investigation to an influential newsman. Drew Pearson announced on his radio show and his syndicated newspaper column that the feds were investigating Tucker and the results would blow Tucker sky high. The problem? The investigation had just begun and had not revealed anything yet. Pearson was speculating on what the feds hoped to find.

The investigation resulted in no SEC charges but it created a 600 page “secret” report. The report was leaked to the press by Harry McDonald. Later, he admitted he had done it and that it had been illegal for him to do so, but he thought he was “protecting” Tucker’s investors by leaking the information to the public. Of course, all the various leaks caused Tucker’s stock to crash and eventually, Tucker and several of the corporate executives were tried for fraud after a grand jury indictment. In one of the largest failed prosecutions in American history Tucker and his co-defendants did not even need to mount a defense. After the prosecution rested, they simply went to closing arguments after which the jury found all the defendants not guilty on all counts.

Tucker’s plant had been closed for most of the trial and the company had become largely worthless.

But the damage had been done. Tucker’s plant had been closed for most of the trial and the company had become largely worthless. Almost 50 cars had been built but the assets of the factory and most of the cars were sold off in a bankruptcy auction. Preston Tucker would never recover.

Fast forward to the present. Tesla is an upstart automaker, building electric cars and selling them directly to the public without the use of dealerships. Enemies–or opponents–would include: established car companies, auto dealerships, and those with a vested interest in the use of fossil fuels. It’s a longer list than Tucker’s.

What has Tesla done recently which might draw attention? Taken 400,000 deposits from customers for its Tesla Model 3, with customers plunking $1,000 to reserve a car which has not been built yet. Tucker had only taken money from dealers–not customers–so one would think his future car sales were not as dangerous as Tesla’s.

And, like Tucker, Tesla has butted heads with bureaucrats. Various states–at the behest of auto industry lobbyists–have passed “anti-Tesla” laws to keep Tesla from selling cars directly to consumers. Tesla has lobbied heavily in the states most opposed to its entry and continues to fight. This kind of against-the-grain action seems familiar to those who have studied Tucker and how he bucked the established auto industry with many of his ideas. 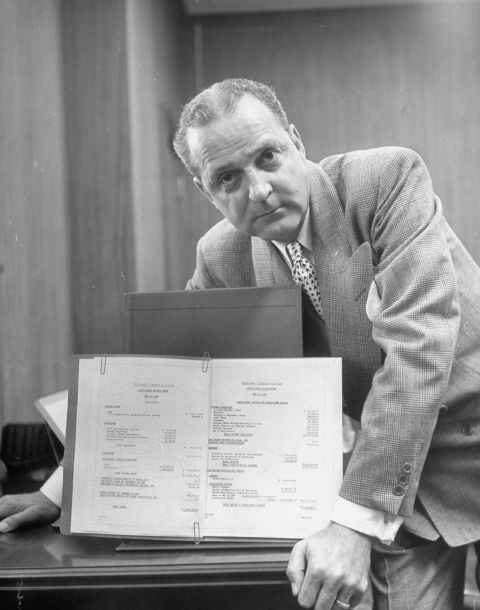 These are just the kinds of parallels which might cause some to wonder. What if the feds decide to investigate Tesla and its “scheme” to sell cars that haven’t been built yet? After all, how can he pre-sell cars without even promising a delivery date? Or, what if the states fighting Tesla decide to go one step further than merely passing laws regarding direct sales to consumers? What if they–for example–decided to come to the “rescue” of the poor consumers who have fronted $1,000 a piece for a car with no firm delivery date?

The good news is that Tesla is well-funded and could probably withstand an investigatory onslaught of the sort that brought down Tucker. But the threat always looms: The government can outspend and outlast anyone in a legal or regulatory battle. And as we saw with Tucker, “winning” is not enough. One has to survive to enjoy the victory.