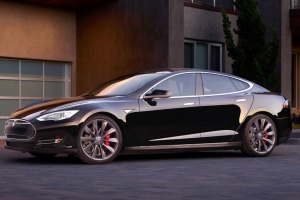 The vehicles are on sale now at Tesla stores.

PALO ALTO, California — Tesla launched a new referral program in which buyers of a 2016 Tesla Model S sedan or Model X SUV who are referred by an existing Tesla owner will receive a $1,000 credit toward their purchase.

In addition, the referring owner becomes eligible for a variety of bonuses, including an entry in a drawing to win a Ludicrous P90D Model X for each referral, a Tesla Moab Weekender bag for two or more referrals and a Tesla jacket for three or more.

Four or more referrals gets the owner an invitation for two to attend the opening ceremony for the Nevada Gigafactory in July, and five referrals — the maximum allowed — is good for a set of custom wheels and performance tires, including installation.

“We know that without our customers we would not be where we are today,” Tesla said on its referral page. “This is our way of thanking you for your support in building the Tesla community.”

Since Tesla sells its all-electric vehicles directly to customers through retail locations and online, rather than through a network of dealerships, word-of-mouth from loyal owners is an important part of the company’s marketing strategy, and previous referral programs have been considered extremely successful.

The referral program is designed to entice shoppers who may be considering such Model S competitors as the BMW ActiveHybrid 7, Lexus LS 600h L and Porsche Panamera S E-Hybrid.

As reported by Edmunds, the first such program kicked off last July and ran through October 31, and another ran from November 1 through December 31. Both of those, as well as a third version that ran earlier this year, covered only the Model S.

Edmunds says: As usual, Tesla is finding its own way when it comes to marketing and sales, and these referral programs are a unique way of rewarding both owners and new customers.