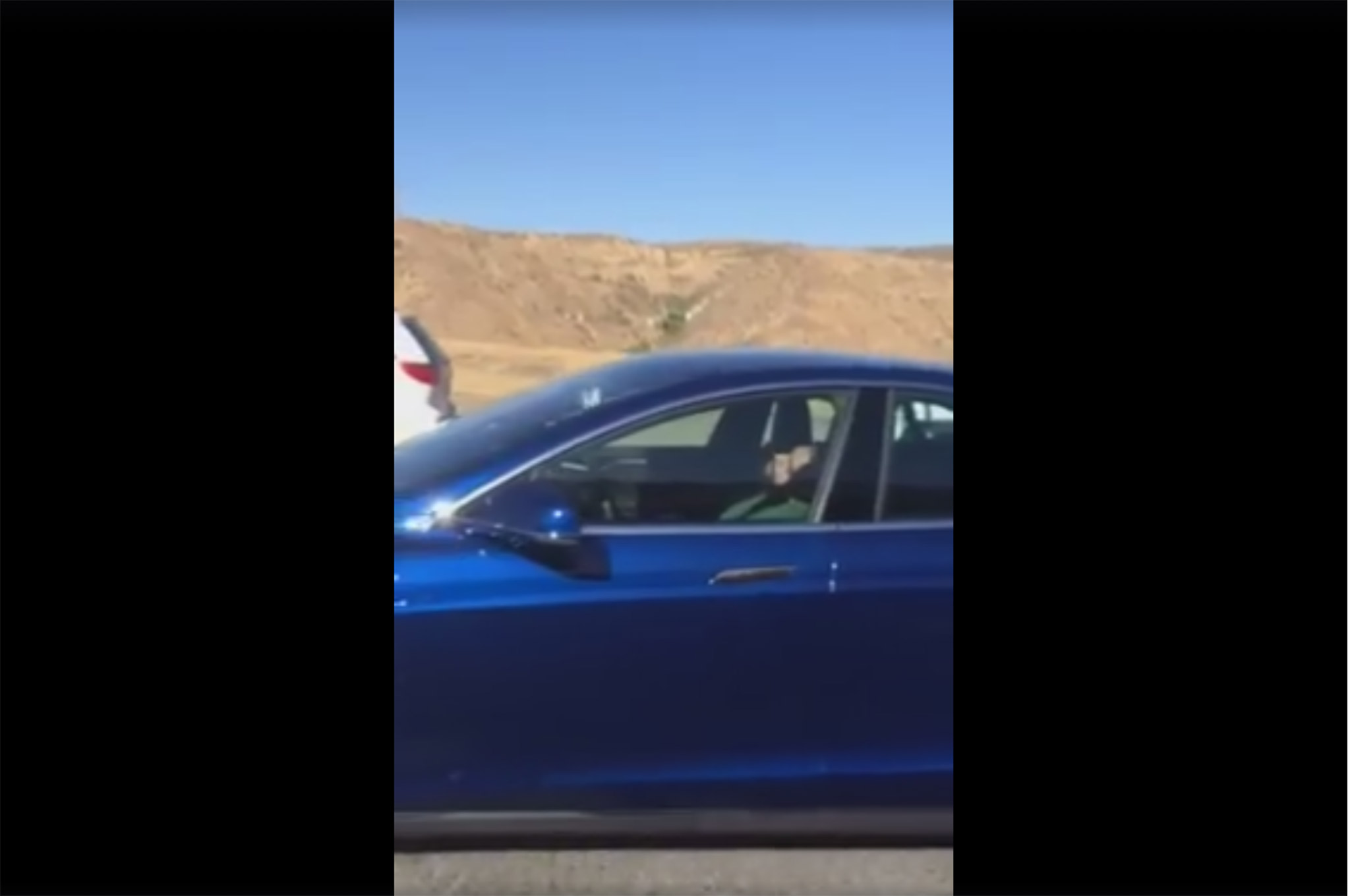 A new video on Facebook has exposed another Tesla owner forgetting that his Model S isn’t an autonomous vehicle. Well, that didn’t take long. Just when you thought people were already misusing Tesla’s Autopilot semi-autonomous driving system, something comes up that trumps everything else.

In the video, a man was caught in Los Angeles traffic sleeping in his Model S while leaving it in Autopilot mode. The whole idea behind the system is to let you deal with traffic conditions more easily, but that doesn’t mean you can just leave it and forget about it. Autopilot requires drivers to keep their hands on the wheel, stay alert, and be ready to take over anytime because it may not be able to read markings accurately on some roads. Sleeping behind the wheel is definitely not part of safe driving, and this man’s way of taking advantage of Autopilot is putting everyone else around him at risk since he’s unable to take control of the car in case of an emergency.

We reached out to Tesla for a comment regarding the incident and the automaker released this statement:

“Tesla Autopilot is designed to provide a hands-on experience to give drivers more confidence behind the wheel, increase their safety on the road, and make highway driving more enjoyable. Autopilot is by far the most advanced such system on the road, but it does not turn a Tesla into an autonomous vehicle and does not allow the driver to abdicate responsibility. Since the release of Autopilot, we’ve continuously educated customers on the use of the feature, reminding them that they’re responsible for remaining alert and present when using Autopilot and must be prepared to take control at all times.”

In short, you’re still responsible for your actions, and if you crash your Model S while it’s in Autopilot and you’re not paying attention, it’s your fault. To curb abuse, Tesla has placed certain speed restrictions on the system. While such updates should help prevent people from abusing the feature, that doesn’t mean some aren’t going to find ways around it just like the person in the video.

Check out the video below.