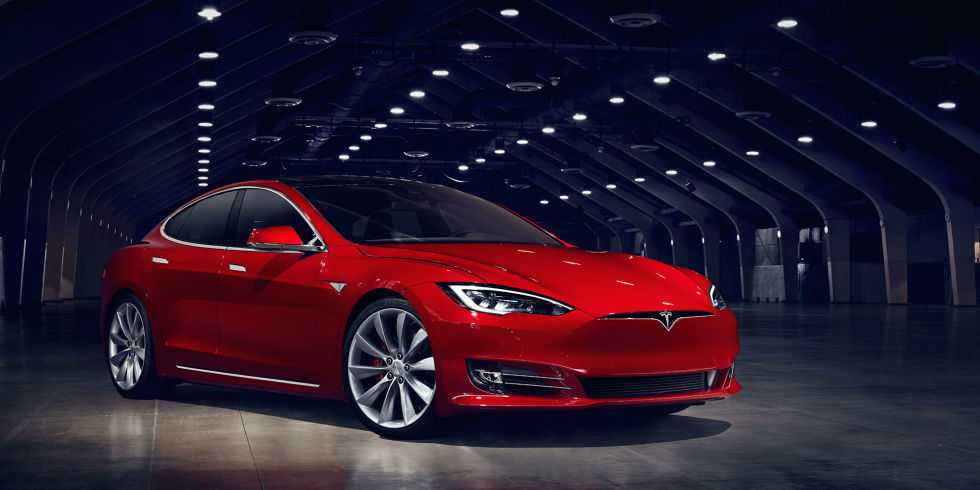 As Tesla was happy to point out during a conference call announcing the update today, that makes the Model S P100D the third quickest production car in history, surpassed only by the Ferrari LaFerrari and the Porsche 918 Spyder. Among cars currently in production, it’s the quickest in the world. The new 100 kWh battery also gives the Model S an estimated 315 miles of driving range per the Environmental Protection Agency, making it the longest-range electric car ever made and the first to surpass 300 miles.

“I think it’s quite a milestone that the fastest car in the world, of any kind, is electric,” Tesla CEO Elon Musk said during the conference call announcing the vehicle. “I think this is really gonna send the message that sustainable transport is here to stay.”

Musk stated that P100D production would be limited at the start, noting that the manufacturing complexity of the 100 kWh battery pack is significantly greater than the current 90 kWh pack. “It gets exponentially harder to increase energy density,” Musk said. He estimated initial production at 200 batteries per week.

Musk explained that the individual battery cells are the same, but cooling and support structures have been heavily modified. The external shape and size of the battery pack are unchanged, allowing battery upgrades for owners of existing P90D models.

The P100D drivetrain will also be available on the Model X. Equipped with the optional Ludicrous Mode, the Model X will do zero to 60 in 2.9 seconds, with up to 289 miles of driving range. Yes, that makes the Model X P100D the world’s quickest SUV, a title it steals from the previous record holder, the Model X P90D.

“You’ve got a seven-seater SUV that can beat a McLaren F1,” Musk said. “That’s nuts.”

Tesla customers who are awaiting delivery of a P90D with Ludicrous Mode can upgrade their order to P100D spec for $10,000. Owners of existing P90D models can bring their cars to a Tesla service station to be upgraded to P100D spec, though the swap will cost them $20,000 to account for recycling the old battery.

Musk stated that there were no updates regarding a production date for the long-anticipated $35,000 Model 3.