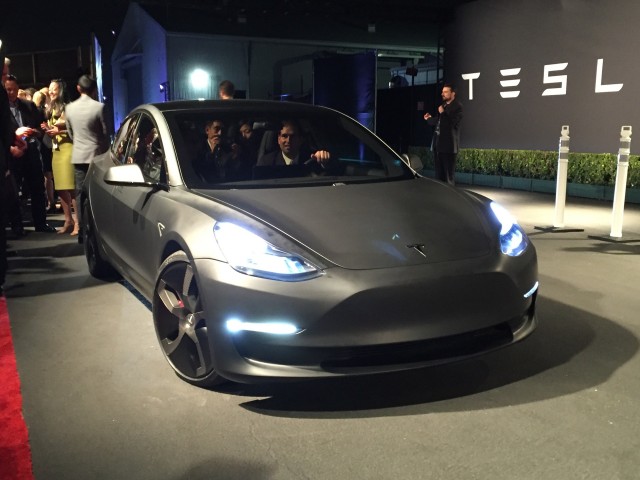 TESLA SAYS AUTOMAKERS ARE NOT WILLING TO SELL ELECTRIC CARS 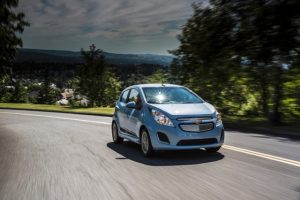 When it comes to regulatory measures, it’s customary for automakers to present a united front to government agencies setting new rules and policies.

But as it has in so many other areas, electric-car maker Tesla Motors is bucking tradition.

“The industry is not even trying,” he said.

O’Connell pointed to more than 370,000 reservations Tesla says it has accumulated for its 215-mile Model 3 electric car, which won’t start production until the end of next year.
Each of those reservation holders put down a refundable $1,000 deposit for a Model 3 order slot, effectively an interest-free loan to Tesla for up to several years.

O’Connell criticized other automakers for offering primarily low-range models, which he compared to “kitchen appliances,” over the past five years.

Some of the models O’Connell referred to are “compliance cars,” built solely to satisfy California’s zero-emission vehicle mandate.

O’Connell also noted that these cars carry significant price premiums, claiming that both the Chevrolet Spark EV and Kia Soul EV cost twice as much as gasoline-powered versions of the same models. 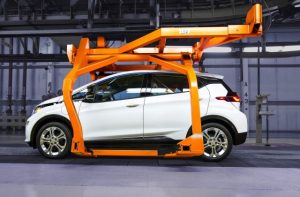 In addition, sales of both cars—as well as other compliance cars like the Honda Fit EV, Fiat 500e, and Toyota RAV4 EV—are limited to certain electric-car-friendly states.

It’s also worth noting that manufacturers haven’t been consistent in marketing plug-in cars, even those available nationwide.

GM will also begin production of the all-electric 200-mile 2017 Chevy Bolt EV before the end of this year—a car that would seem to be an exception to O’Connell’s bleak description of the electric-car landscape. 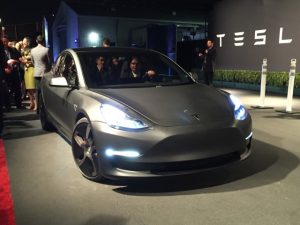 With a base price of $37,500 before federal, state, and local incentives, the Bolt EV competes on both price and range the later Model 3, which Tesla has said will start at $35,000 before incentives.

O’Connell’s comments come amidst a debate about whether the U.S. should remain committed to a Corporate Average Fuel Economy (CAFE) goal of 54.5 mpg (roughly 38 mpg on the window sticker) by 2025.

A recent draft report released by the U.S. Environmental Protection Agency (EPA), National Highway Traffic Safety Administration (NHTSA) concluded that carmakers might not achieve that average due to the combination of cheap gas and higher-than-expected sales of SUVs.

Automakers are expected to use that report to argue for less-strict standards—except for Tesla, which will continue to argue for tougher rules that encourage sales of electric cars.