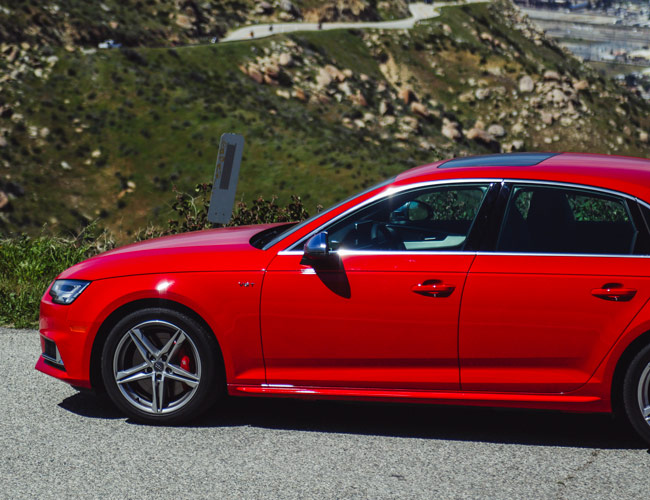 As beautiful as they are to gawk at and as exciting as they are to drive, coupes are dying breed. And Audi isn’t helping the situation at all by making them the more expensive, less sensible versions of already well-received cars. The 2018 Audi S4 and S5, are, at their core, fantastic cars, capable of making ordinary drivers look heroic. But it’s the obvious architectural differences between the two that make the decision to buy one over the other an actual lifestyle choice, not a just an aesthetic one.

On paper, the cars are almost exactly the same: same engine, same horsepower, same 0–60 time. And from where I sat in the driver’s seat, they looked nearly identical and even handled exactly the same. They seemed no different from each other whatsoever until I looked in the rear-view mirror. Even though the S5 costs about $3,000 more than the S4, you get two fewer doors and less practical rear passenger room. Subjectively, coupe styling is superior to a four-door’s, but that’s the only upshot. It’s like Audi is actively trying to kill off the coupe by way of redundancy.

Or is it? Audi says the S5 has a cult following of its own, and that it’s “the emotional buy” — the libido-driven purchase. In real-world terms, it’s the one to pick if you don’t have any kids to worry about — so, either empty-nesters or buyers who have yet to settle down. So the S5 has its respectable niche, but if you find yourself in the sizeable window in between those two demographics, you want the S4. Simple as that. The sedan’s extra doors and extra passenger room can’t realistically be argued with, especially when the performance spec sheet is a carbon copy of the S5’s.

Whichever age bracket you find yourself in and whatever level of practicality you require, know that both cars will constantly blow your mind, because they are both capable of incredible things. 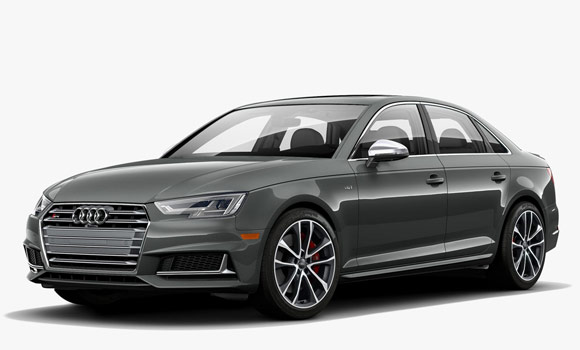 Two big talking points for the new S4/S5 are the reengineered turbo V6, in which the turbo is placed inside the cylinder bank (rather than the outside) for better throttle response and efficiency, and the refined Quattro all-wheel-drive system. Audi technicians explained that the new rear differential will more efficiently split torque and power to the wheels, to ensure the car gets through any turn in a balanced, stable and predictable manner, giving the driver all the control they’ll ever need.

I tried my best to unstick the S4, to find any unbalance, any fault, heading up the mountain road to Idyllwild, California. I carried enough speed into corners to feel the stress on the front tires and got on the gas way before the apex made itself known. Through multiple corners, I found myself mid-turn, engine singing, steering wheel steady as a rock, traction control off, with my foot to the floor, right next to my jaw. Every time I tried to prod some hooliganism out of the car, I got an enthusiastic “ja, bitte” from the engine and a stern “nein, danke” from the rear differential, as both shook hands in the middle as they conspired to make me a quicker driver than I am. 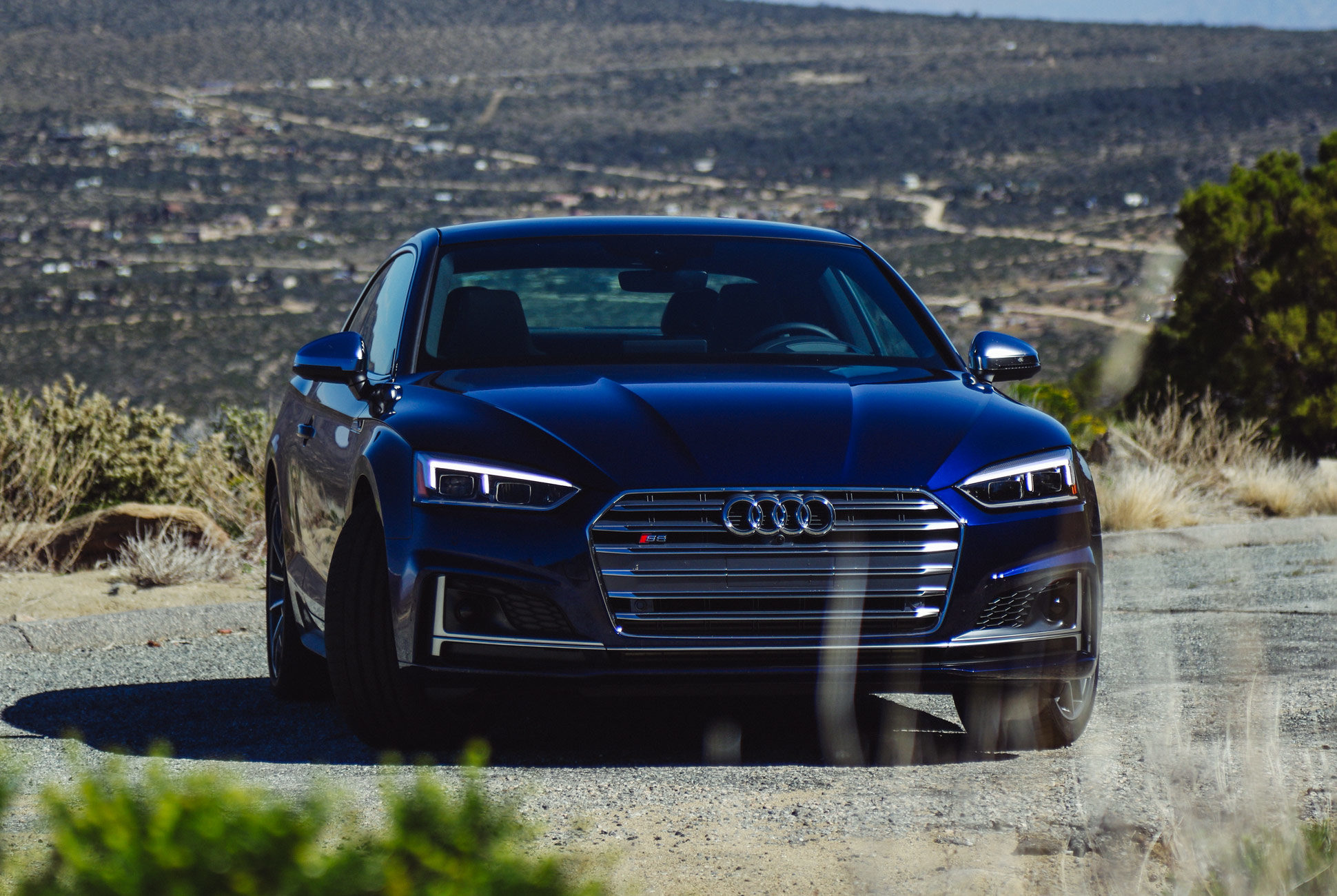 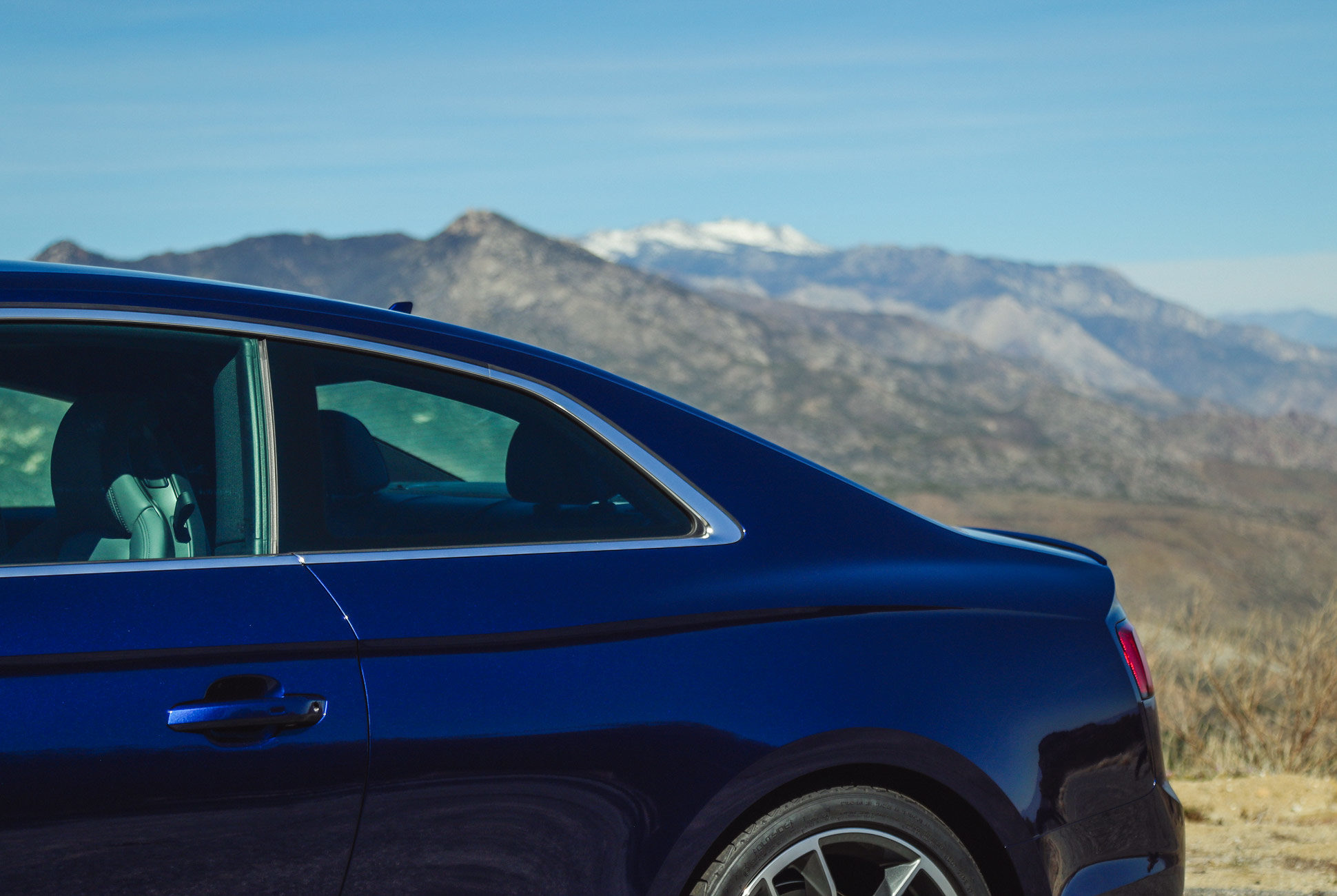 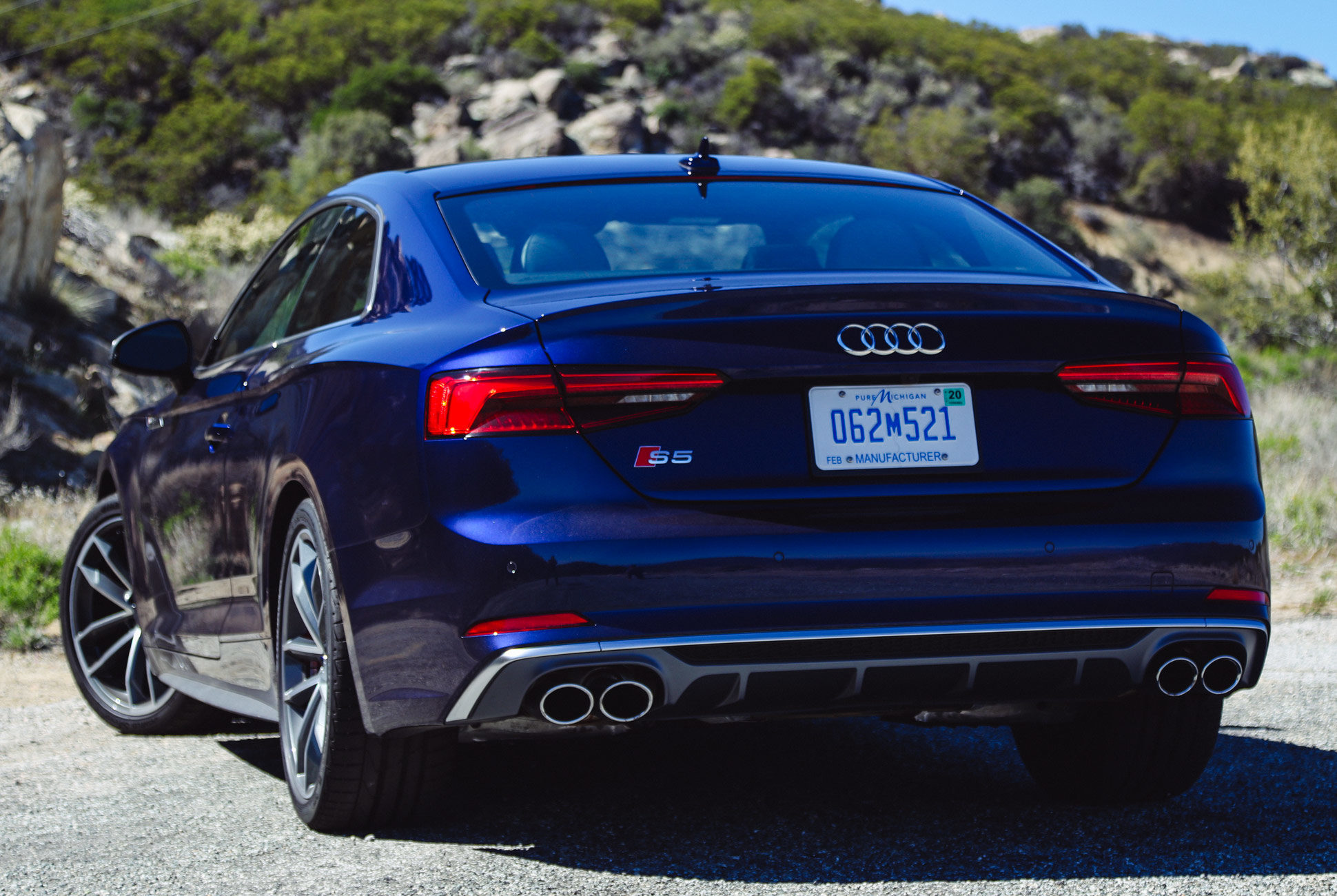 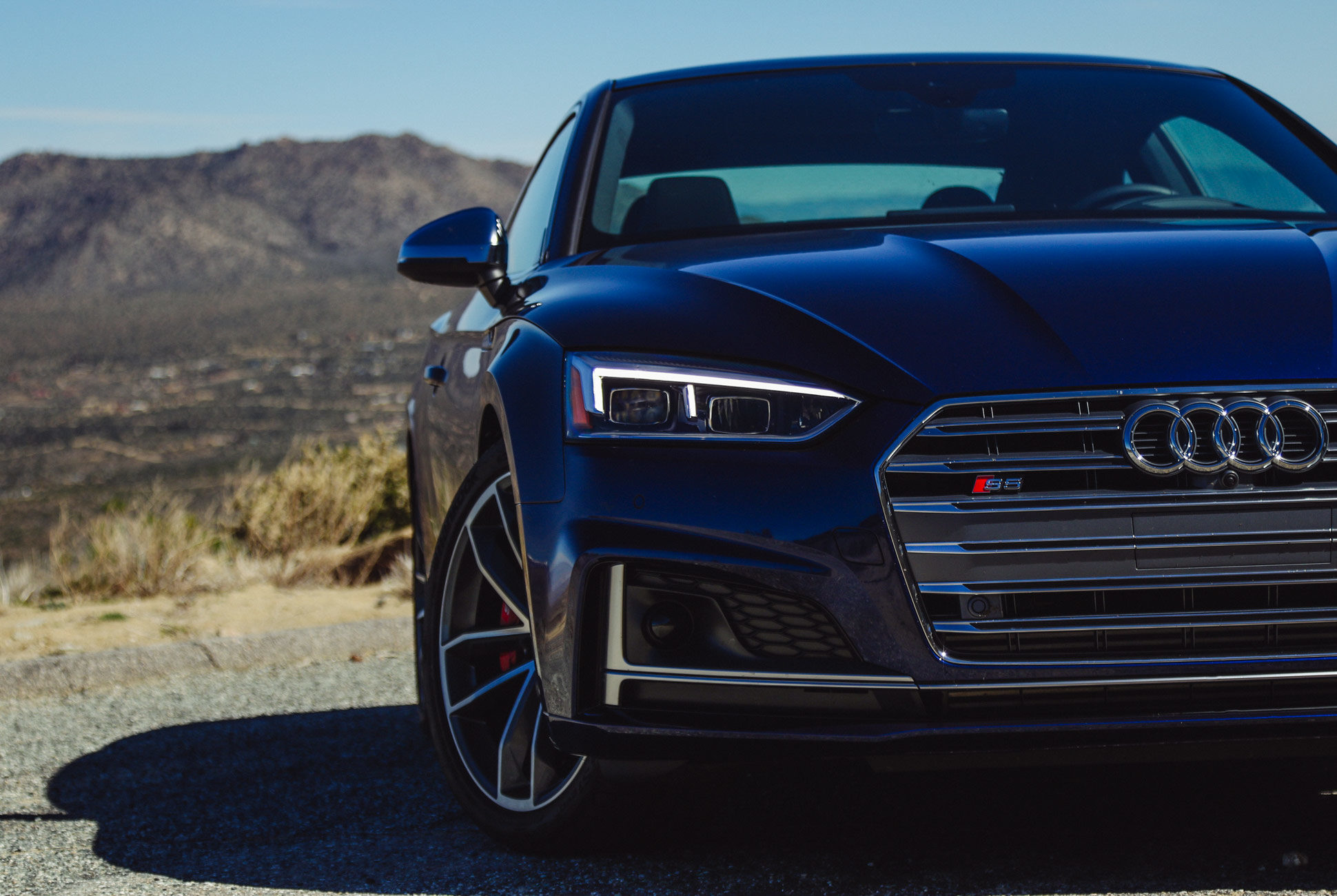 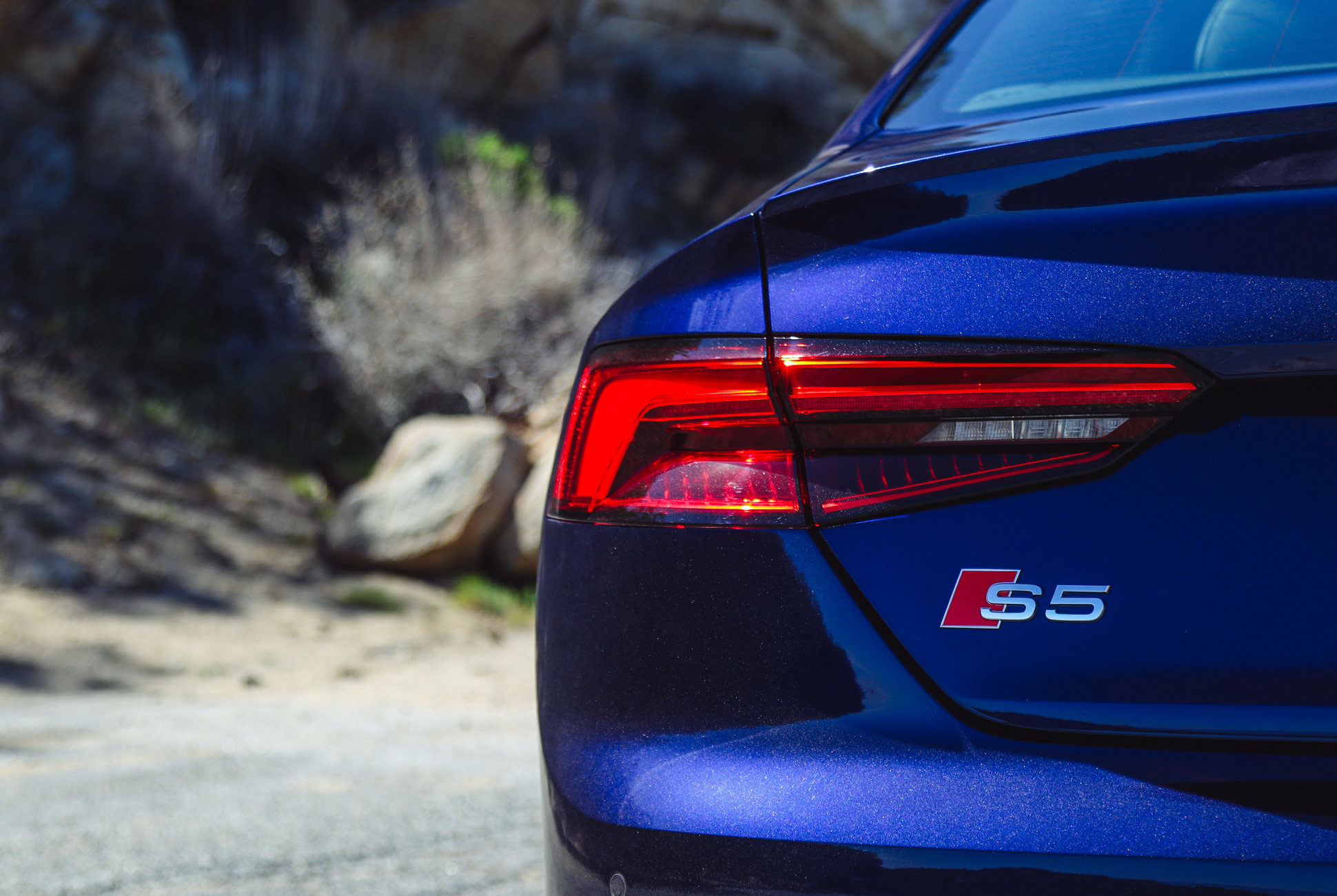 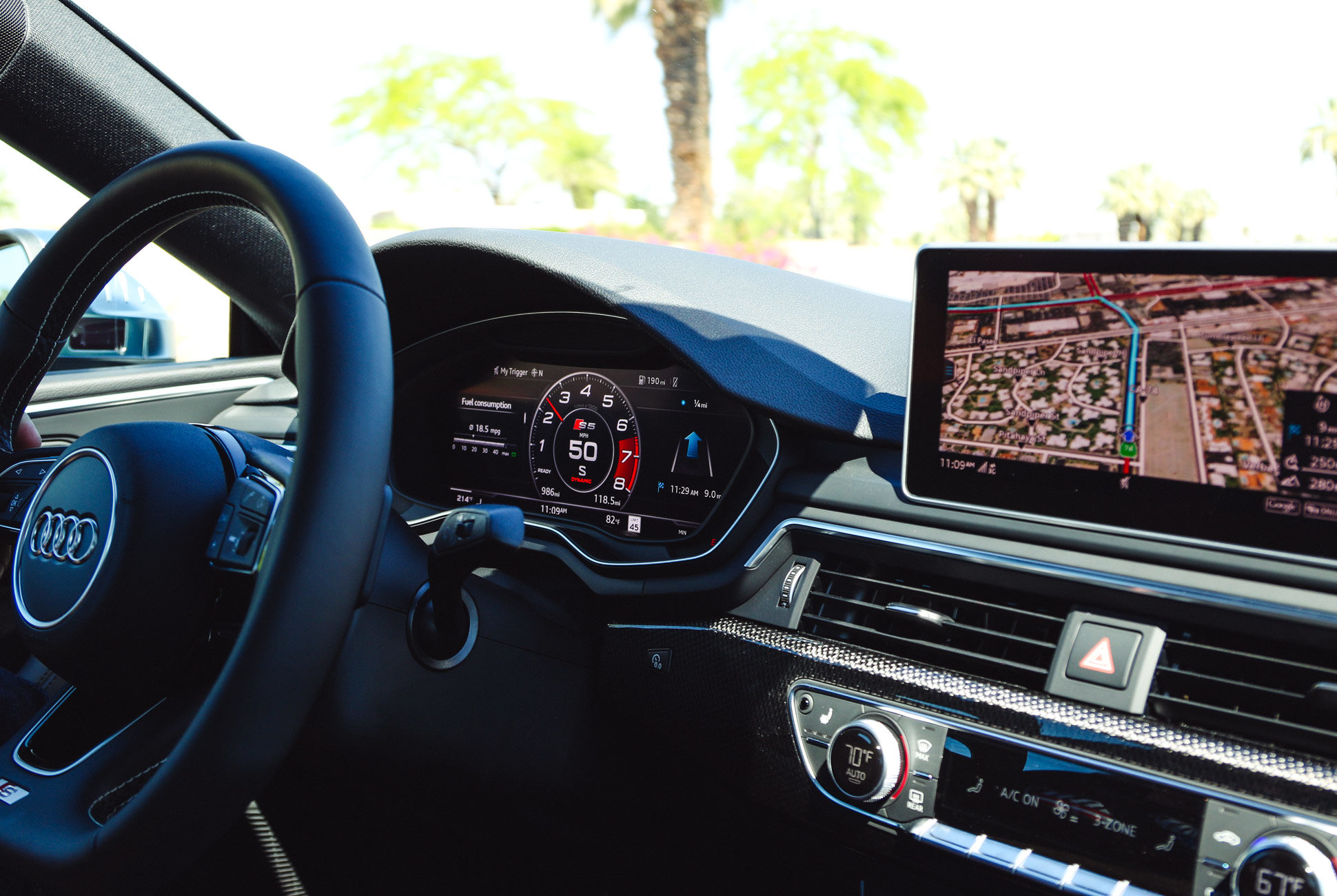 I did eventually get the car loose, but only because the tires finally overheated and broke rank. Even then, it was steady and balanced, and the slide only lasted a split second. But the amount of flogging that the S4 took to get to that point is mind-melting. Where Audi’s cars of the past have trod on the side of predictability and safety with a hint of understeer, it’s now found the perfect balance of on-the-edge power and control with the new S4/S5.

And that’s exactly the kind of car Audi is the master of building. One that, in the hands of any driver, can still carve through mountain roads with aplomb and inculcate confidence in the process. The Audi S4/S5’s strong suit isn’t the interior, and you won’t be blown away by overly dramatic bodywork either. But you buy a Mercedes C-Class if you want a lavish space to sit and you pick up a BMW 4 Series for the attention-grabbing exterior. In this era of pragmatic German performance cars, you buy an Audi if you actually want to go for a drive — and if saving a couple grand and making life easier sounds more appealing, get the S4. It’s what I would do and I don’t even have any kids. 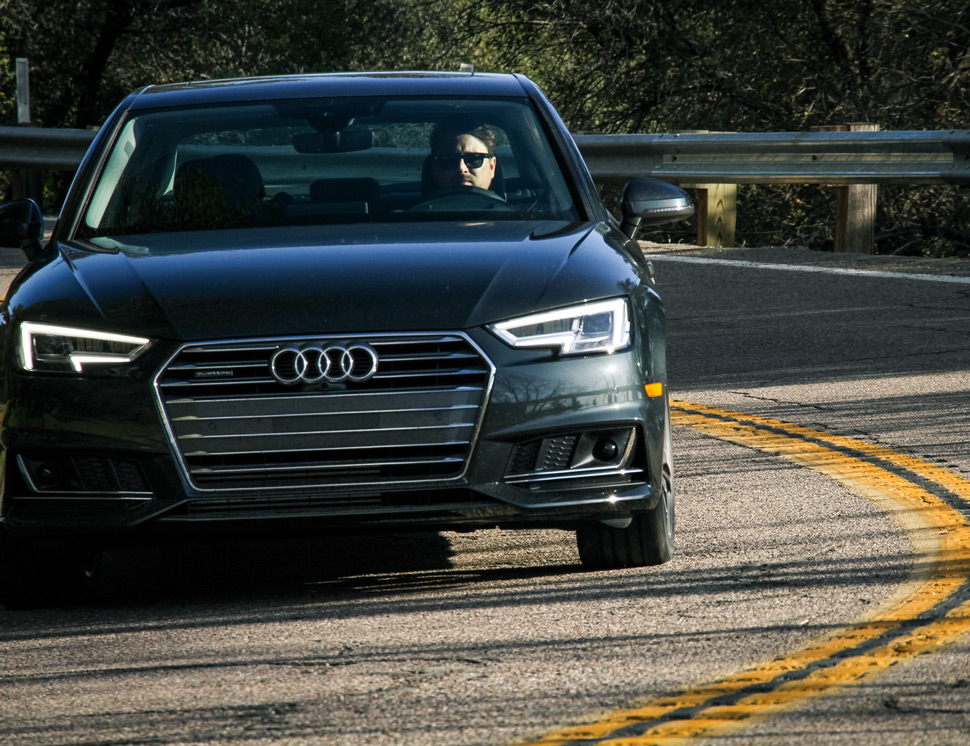 Unlike its competitors, the Audi A4 uses subtle design and style to mask massive changes underneath and gives the driver a quiet confidence. Read the Story