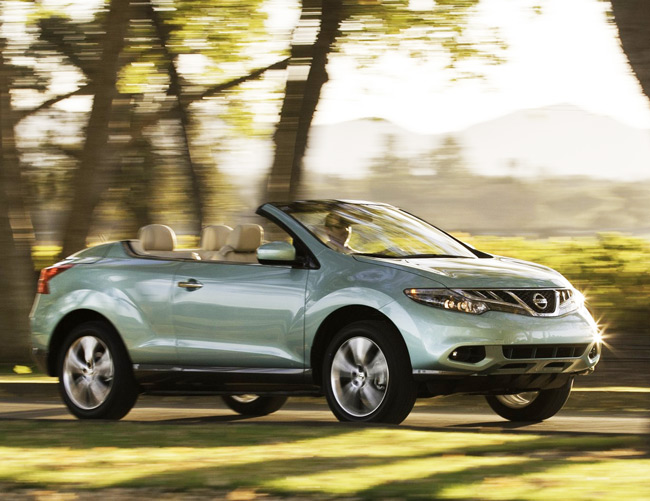 The Cars That We Love to Hate

When it comes to cars, opinions around the office can get pretty passionate. Maybe it’s because cars are such a large part of our culture and we interact with them on a daily basis. Some just end up hitting a nerve in a way other modern conveniences can’t.

Design is subjective; beauty is in the eye of the beholder; one man’s trash is another man’s treasure. There are dozens of ways to say, “Yeah, well, that’s just, like, your opinion, man.”

Gear Patrol staffers can agree on when car companies knock it out of the park, but opinions split over utter automotive failures. It could be a regrettably unforgettable personal experience, a car company seemingly giving up, or just the sight of a car inexplicably conjuring up disgust, nausea and a hint of rage. Whatever the reasons, these are the cars we love to hate. 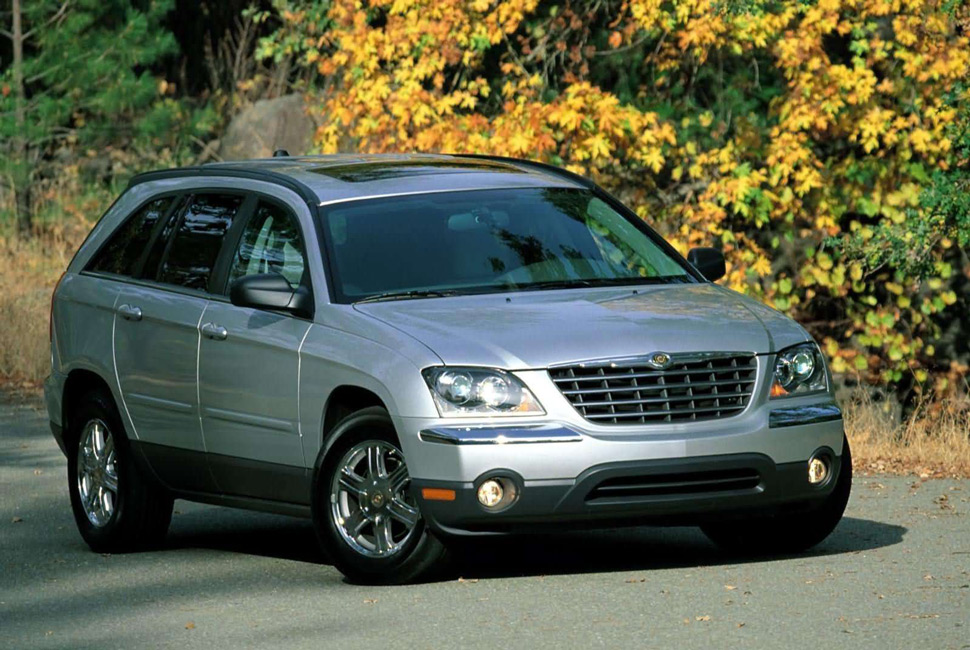 Reason for hate: Picture an SUV, a minivan, a crossover and a wagon tossed into a blender, made into a paste, then baked at 550 degrees until you have a solid object. That’s the most accurate description of the 2004 Chrysler Pacifica. The car quite frankly didn’t have a good angle and, because it lacked a true identity (not in a good way like a BMW M coupe “clown shoe.” Is it a coupe? A hatch?), it fell completely flat. It’s no wonder that when Chrysler opted to bring back the potato-esque dog of an automobile in 2017, it ditched the original platform altogether and instead built a minivan — what they should have done in the first place.

Chrysler projected sales of the Pacifica to hit 100,000 per year, a number which it didn’t even come close to. While the ride quality was decent, it lacked any other redeeming qualities when driving. It offered a measly 250-horsepower 3.5-liter V6, which barely moved the 4,500-pound behemoth out of its own way, and the engine was paired with an already outdated four-speed automatic transmission — as if its gut-churning looks weren’t enough already. — AJ Powell

The Better Alternative: A Dad Car You’ll Actually Like 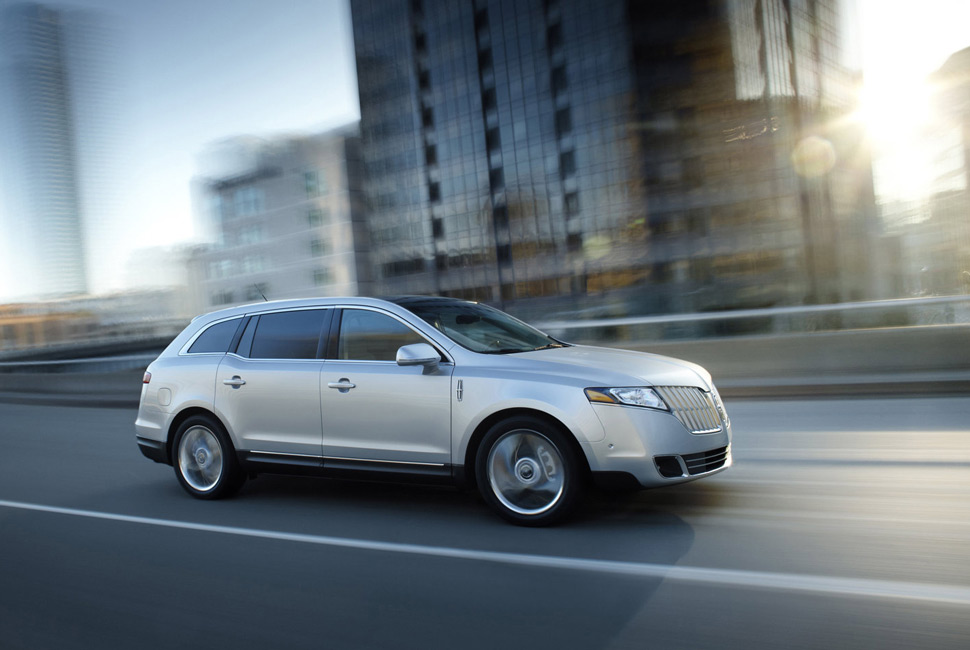 Reason for hate: This car just makes me want to cry. It’s ungainly and ugly, with a huge maw and an inexplicable narrowing of the rear side windows that makes it — especially in black — look like a hearse. Ford seems to think so, too, since it even offers a hearse version of this beast. Frankly, I wouldn’t be caught dead in one. — Eric Adams

The Better Alternative: A Lincoln Even Millennials Love 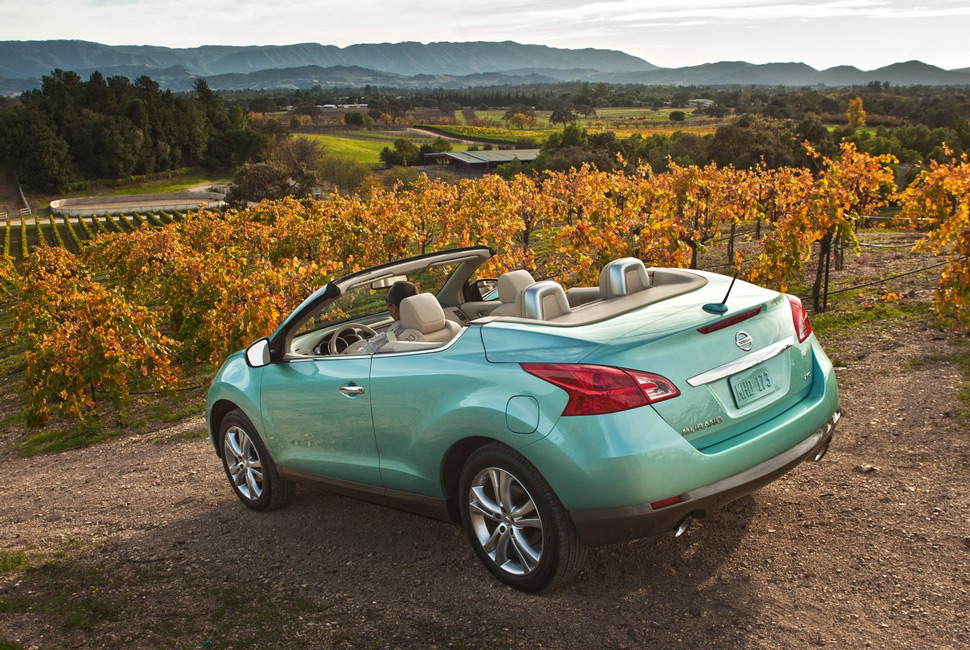 Reason for hate: The only way to make a cheese-grater-looking compact SUV worse is to make a convertible out of it — which Nissan did. I remember being at the New York International Auto Show, at the car’s reveal. Since it was media day, and most car journalists have similar taste, there was an audible gasp and silence. How did Nissan approve this? They are prime unicorn-spotting material…though not in a good way. — Bradley Hasemeyer 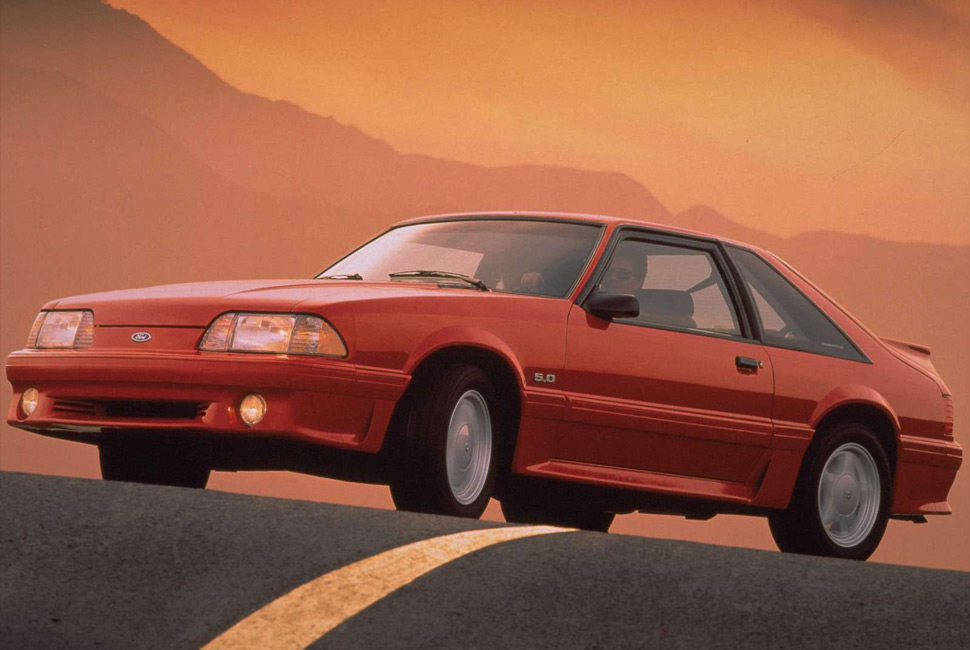 Reason for hate: I once sat at a dinner table with Dave Pericak, Director of Ford Performance, along with the editor in chief of Mustang Monthly, and flanked by half a dozen Mustang devotees, and, with a straight face told them the Fox Body Mustang was nauseatingly hideous, and that the much-maligned Mustang II was far prettier by comparison. I got a few death stares and a “you can’t be serious,” but I held my ground. The guy to my right pulled up a picture on his phone of his own Fox Body Cobra: his pride and joy. With a glowing smile and twinkle in his eye, he asked me again if I still thought the Mustang II was prettier. If you’ve ever told anyone their child looks like they shaved a dog’s butt and taught it to walk backwards, you know exactly how the mood transformed at the table.

But I’m not wrong. The Fox Body is such an embarrassment to the Mustang name, Ford didn’t even give it a galloping horse icon, as if the mere association would tarnish the its heritage. From the factory, it either got an inline-four from a Pinto or an 18-year-old 140-horsepower 4.9-liter V8 that Ford marketed as a 5-0. What a joke. But the most annoying part about the pig-faced rolling pile of malaise-era garbage is how much it’s defended as a “proper Mustang.” Then again, you’ll never hear any parent actually admit their child is ugly, but they will show you pictures of them and try to convince themselves otherwise. — Bryan Campbell

The Better Alternative: A Modern Mustang GT (or the Camaro SS…) 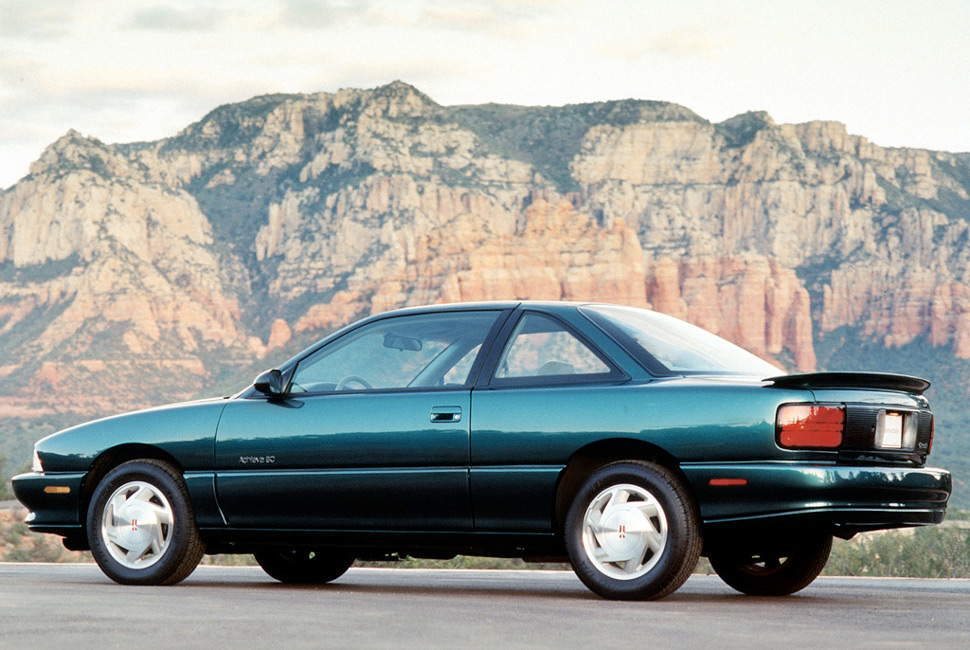 Reason for hate: Clearly, in the creative brief for this car, GM executives titled their commission, “To Achieve Milquetoast, Maybe.” I like a silver lining as much as the next guy, but with the Oldsmobile Achieva, there simply isn’t one. And that’s the rub: it had potential, but like so many clunkers that hail from the end of the 20th century, the Achieva did a fantastic job of doing absolutely nothing. It simply represented an era of interminably boring vehicles.

Sure, you want to grieve the Achieva for its oh-so-subtle fender skirts (seriously?), Pep-Boys bargain-bin wheels, or its “yep, I’ve given up” interior. Or, lo, its peach of a drivetrain combination: a Quad 4 engine (what the hell does that even mean? “Four 4?”) mated to a turbo-hydramatic 3-speed transmission pulled straight out of the bathwater of shitbox transmissions. And the grille… goddammit it makes me mad just thinking about the grille. All this perpetuates the problem: the lack of inspiration in every aspect. It’s not even bad design, it’s simply no design.

In high school I knew someone who owned an Oldsmobile Achieva. It was white, dusty, and endlessly unkempt — just like the one you remember from down the block. Every time you saw it drive by you just wanted to HF it even before you knew what that meant. It was that loathsome. I’ll refrain from using Sam’s last name, but he rightfully called it the Underachieva, and to this day I’ve never once heard a more appropriate superlative. — Eric Yang 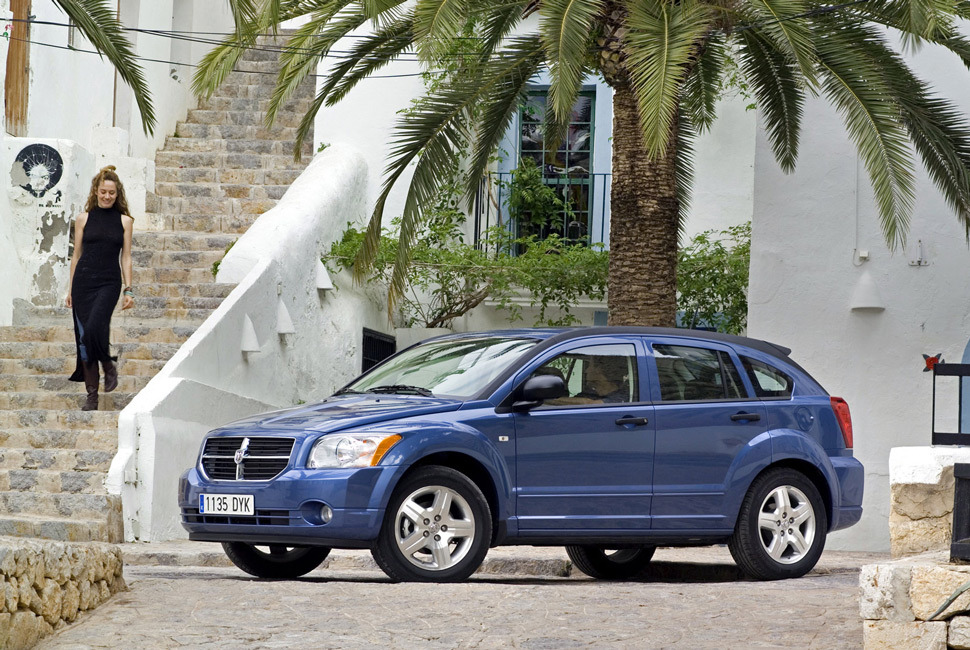 Reason for hate: My family had gathered for a wedding in idyllic Santa Barbara, a mecca of all things luxurious and beautiful. Whichever rental agency handed over the keys to this thing (a) had a strong sense of irony and (b) should have apologized to my dad for Dodge’s wicked, plasticky transgressions. The cabin was tacky and plain and would have made an airline barf bag look sumptuous. If the overall concept of the filing-cabinet-on-wheels didn’t turn my stomach, being relegated to the backseat did — literally. The high rear belt-line made it impossible to use the window beyond absorbing through it only a hint of sunlight, that one ray being the only reason to go on living through the putrid, claustrophobic mire that was the car’s clinical, gray rear bench.

The hamster wheel under the hood was underpowered by a massive long shot; its anemic groan was a disappointment that cannot be overstated. Angles without end; preposterous, faux-aggressive cladding; fender “flares”; small wheels with hubcaps. It was uncomfortable beyond imagination, the materials sucked, it was cramped…I could go on. Needless to say, that crap-box didn’t qualify as anything close to “high caliber,” as its name might imply — more like “wet cap-gun caliber.” — Nick Caruso

The Better Alternative: A Hatchback or Coupe With a Great Transmission 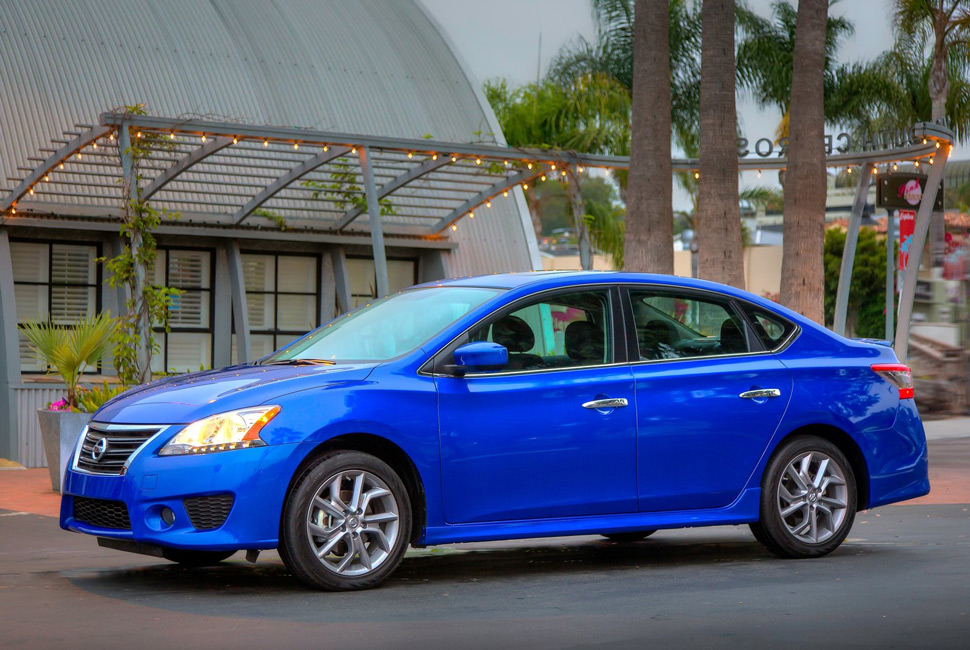 Reason for hate: Do you want to know what it looks like when a car company gives up? Drive a rental-spec Sentra — I, unfortunately, did. If there was one impressive thing about the Sentra it was how astoundingly unremarkable it looked. An ugly car I can stomach, but there wasn’t even a hint that anyone involved with the car’s design actually cared. It didn’t get better on the inside. I can admire a cheap car’s simplicity, but there was nothing redeeming about the Sentra’s interior. The seats were appallingly stiff (and gray), the dash was cheap and plastic (and gray) and the center console looked massively outdated (it, too, was gray). I didn’t even get the impression that better upholstery and tech could have concealed this car’s bland, lazy shittiness.

Nissan is also one of the few manufacturers to really try and make continuously variable transmission a thing across their lineup. And fine, I get it. Technically a CVT is a great idea but, in a car as lazily engineered and unrefined as the Sentra, it only highlights the car’s pitfalls: it’s noisy, feels disconnected and makes the engine feel, somehow, more anemic than it is. All this in a package that, to drive, felt as rickety and unappealing as drunkenly fucking on an IKEA coffee table. — Andrew Connor

The Better Alternative: Any of These Vintage Japanese Sports Cars