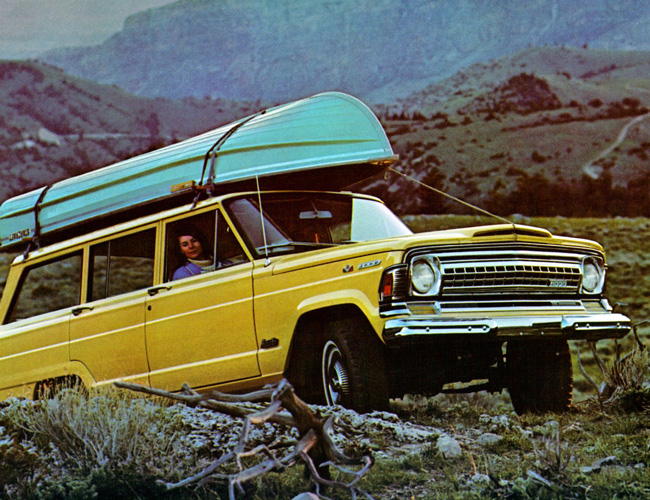 The First Sport Utility Vehicle – The History of the Jeep Wagoneer

When you consider the two concepts on their own, the idea of combining utilitarianism and luxury seems incredibly counter intuitive. But there they stand parked, big grilles smiling right at you: proving you can’t build a successful SUV anymore without incorporating comforts like leather and DVD players alongside trail-dominating suspension and chunky all-terrain tires. If any car proved this formula was a successful one, it was the car that did it first: the Jeep Wagoneer. Look around a parking lot essentially anywhere in American suburbia and you’ll likely see an array of Sport Utility Vehicles.

Rugged off-roadpanerai replica watches
vehicles weren’t uncommon back in the ’60s — you had 4x4s like the International Harvester Travelall, Chevrolet Suburban and the Dodge Power Wagon — but most considered those road-going tractors rather than passenger cars. Instead you would mostly see the suburbanites and city slickers drive around in coupes, sedans and wagons. Driving your family around in a dedicated utility vehicle was not only impractical, it was just plain ridiculous. 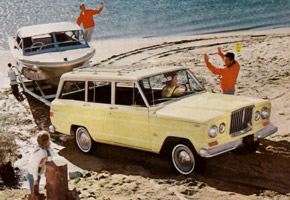 But while four-wheel-drive vehicles seemed destined to be nothing more than workhorses and niche vehicles, there was potential to be found in using four-wheel-drive to turn an everyday passenger car into a jack of all trades. Willys-Overland (soon to be Kaiser Jeep) hired famed industrial designer Brooks Stevens to draft up a new four-wheel-drive wagon that would need to blow away the competition in the utility wagon segment. Stevens didn’t disappoint with what was dubbed the Wagoneer, which was first sold in 1962.

While many American marques made competent utility wagons, the Wagoneer had the comforts and appeal of a traditional passenger car. A spacious interior, stylish upholstery, roll-down windows and other luxuries all accompanied the Wagoneer in either a two- or four-door body. It was fitted with an inline six engine (and eventually a V8) and either rear-wheel drive or a selectable four-wheel drive system. While trucks and utility wagons at the time had rugged, no-nonsense exterior design, the Wagoneer was elegant; it looked like a respectable family wagon rather than agricultural equipment. 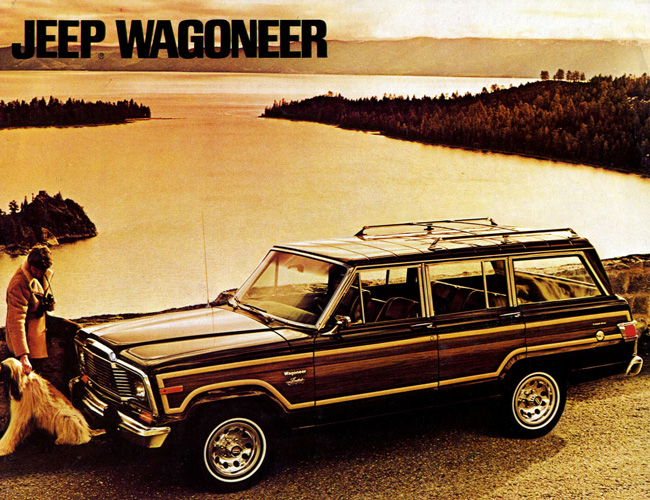 The Wagoneer’s production history isn’t exactly fully of bold changes and dramatic redesigns, but if anything, that’s a testament to how great the original was. The last Wagoneer that rolled out of Chrysler’s Toledo assembly plant in 1991 looked incredibly similar to the first one ever built in 1962. Yes, some small changes were made to the interior and mechanicals to increase refinement, but overall the Wagoneer proved itself a successful design from the start by remaining popular for nearly three decades with no major redesigns.

There were, however, several alternate versions. The most groundbreaking one came in 1966 in the form of the Super Wagoneer. This new trim level incorporated air conditioning, an automatic transmission, power steering, power brakes, a push button radio and other luxury features. Today it sounds about as opulent as a bottom-spec Toyota Yaris, but at the time those features were unheard of in a utility vehicle. Perhaps the most impressive aspect was the Super Wagoneer’s engine — a 270-horsepower AMC V8 with a four-barrel carburetor. Try ordering your Yaris with one of those.

Whether you like today’s luxurious 4x4s or not, the Wagoneer pioneered the market segment and nailed it from the beginning.

The Super Wagoneer was only on sale until 1968, but it was eventually followed by another impressive version: the Limited. After reintroducing the two-door Wagoneer as the Cherokee in 1974, Jeep (now owned by AMC) eventually moved the four-door Wagoneer further upmarket in 1978 and bestowed it with its new fancy-sounding name. Even better equipped than the Super Wagoneer, the Limited offered options such as leather upholstery, power disk brakes, aluminum wheels and cruise control.

In 1984, the Wagoneer-based Cherokee was usurped by the smaller unibody XJ platform, but the top-of-the-line Wagoneer justified its existence with high demand. In 1984, the entire Wagoneer line was consolidated into one fully loaded variant, the Grand Wagoneer. Despite Chrysler’s 1987 acquisition of AMC, the Grand Wagoneer remained unchanged in its design, with only minor interior and exterior improvements. But by 1991, demand had decreased enough that the Wagoneer was finally put to bed.

Whether you like today’s luxurious 4x4s or not, the Wagoneer pioneered the market segment and nailed it from the beginning. Stretching that notion, you could even call it the first garish family hauler ever. After all, it was big, it was powerful, it had bad mileage, and, for its time, it had more comforts than a Hampton beach house. The Wagoneer was a brash car and, today more than ever, those are the kinds of cars people love.