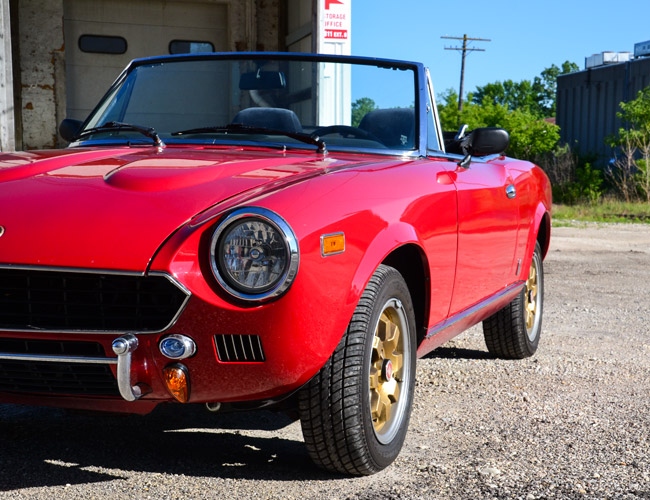 The Joys of a Slow Sports Car

As I exit a sweeping turn on a country backroad, I hammer the throttle. The sound of the Italian twin-cam engine changes from a fast-paced burble to a high-pitched scream as the needle hits redline. I shift up a gear. Then another. Eventually I’m in top gear, squeezing out every little ounce of performance from this low-slung sports car. I look at the speedometer — I’m going 70 mph. Such is life with a slow car that’s fun to drive fast.

I first bought my ’82 Fiat Spider at the tender age of 19. The decision has always garnered a lot of interest, admiration and downright bewilderment from car guys. Why, of all the affordable performance car options for a young man out there, would I buy a 30-year-old Italian car with little over 100 horsepower? Why not a used Mustang, or a modified, Fast & the Furious-style Honda Civic?

Much like Matthew McConaughey in the Lincoln commercials, I just liked it. In an esoteric way. I liked the looks of the thing and I liked the allure of saying I own a vintage Italian sports car. But driving it for the first time was unlike anything I had driven before or since.

The Fiat Spider is small. It’s light. The engine makes a wonderful sound and the five-speed gearbox is a delight to use. There is no power steering, which sounds like a pain in the ass, but results in very direct steering input. Auto journalists and critics will often criticize a car for having electronically assisted steering — drive an old sports car without power steering and you’ll understand why.

Best of all, it’s slow. You have to use 100 percent of the car’s abilities just to get it up to highway speed. This means that to hit the speed limit you have to pretty much floor the thing and rev the crap out of it, and because it’s loud and it has an Italian exhaust note, you won’t mind doing that at all. It requires you to change gears more often, which should make manual holdouts happy. In short, it’s one of those rare cars that’s greater than the sum of its performance figures.

When you have to wring the ever-loving shit out of a car just to hit the speed limit, you’re getting the same sensations of driving a fast car on a track — just without the reality.

At the opposite end of the sports car spectrum you have cars that seem like all they are about are numbers. Cars like the Nissan GT-R or Dodge Charger Hellcat are built to impress with their sub-3 second 0-60 mph times and ludicrous horsepower figures. When such impressive numbers are thrown around and become so central to a car’s identity, it’s hard to imagine they’re anything but a hoot to drive. And, unleashed on a track, any performance car is bound to come alive. But in a normal performance car’s lifetime, very little of it will be spent at the track. Most of it will be spent on the road, behind the old lady in the Buick, on the way to or from work. Having all that power on tap when you have to drive with restraint is at best a waste, at worst a nuisance. We have speed limits and limits in our abilities. Being gentle with the throttle is like having a scratch you can’t itch. Give in to the temptation and there is always the possibility of the entire venture ending with the interests of local law enforcement.

When you have to wring the ever-loving shit out of a car just to hit the speed limit, you’re getting the same sensations of driving a fast car on a track — just without the reality. It may take as long to get to your destination as it would in an ordinary car — maybe even longer — but you’ll show up with a smile on your face. There’s no need to buy into the misconception that a fast car is always a fun car. When driving pleasure comes from the effort you put into going quickly, the game is changed. And, when the car rewards your efforts with agility and responsiveness, it doesn’t take clear, curvy roads to find driving nirvana. It can be found on the morning commute.

Did Someone Say Slow and Vintage? Let’s Go Jeepin’. 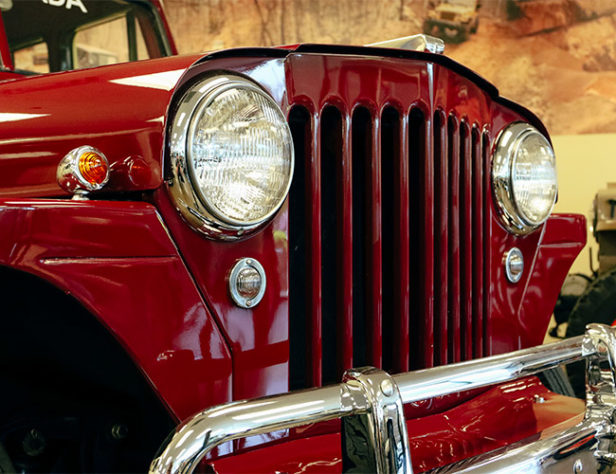 Some are rare and unique, some are fairly run-of-the-mill — but all are in wildly pristine condition. Read the Story