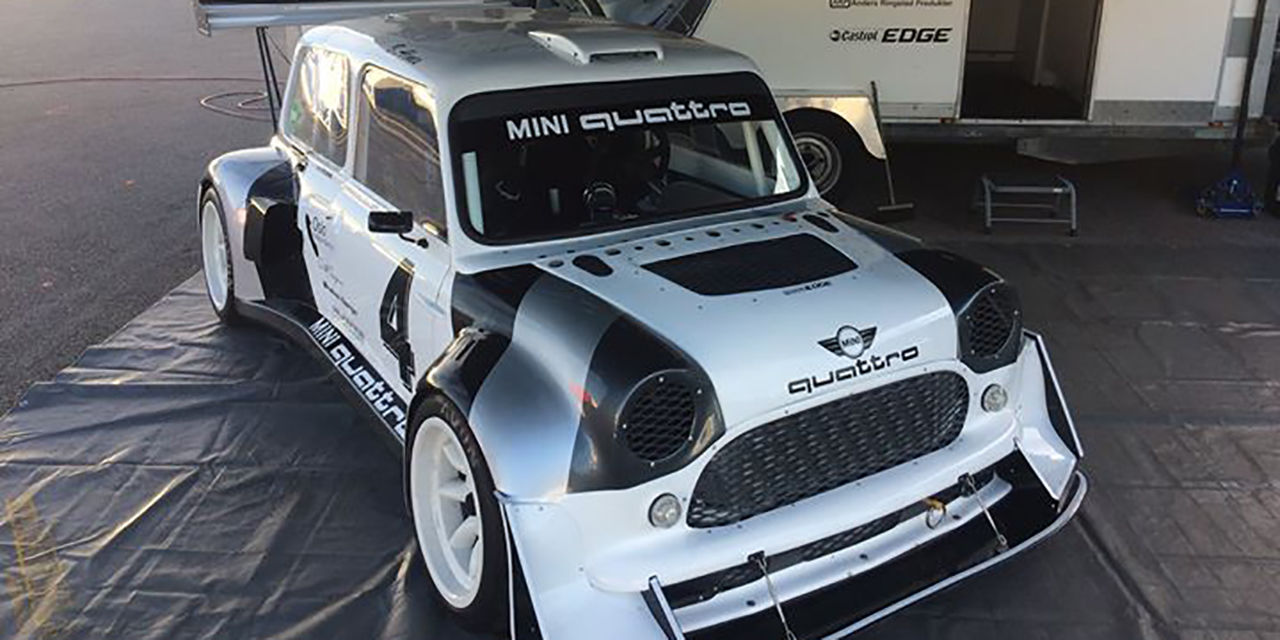 This 858-HP Audi-Powered Mini Is Utterly Absurd, For Sale

If you’re looking for a hardcore Mini, you could always pick up a John Cooper Works GP. It’s lower and stiffer than the regular JCW-tuned Mini, offering a better on-track experience. But those are difficult to find, and while they’re quick for a Mini, they’re not particularly quick when compared to, say, this 858-horsepower custom-built Mini “Quattro”. And lucky for you, it’s for sale.

This project was featured on Speedhunters a few years ago, back when it had an engine from a 1999 Audi A3 under the hood and made a mere 450 horsepower. But if you’re going to go to the trouble to commission a custom fiberglass body to go around a custom tube-frame chassis, 450 horses just won’t do. These days, it’s powered by an Audi-sourced inline-five that makes nearly double the old engine did.

And no, it’s definitely not still front-wheel drive. Instead of using a Mini parts, this car uses an Audi all-wheel-drive system, hence the name. It’s also paired with a six-speed manual transmission.