You are here: Home  /  Auto Show  /  This Huge Hamstermobile is Rolling Through London (W/Video)
Auto Show 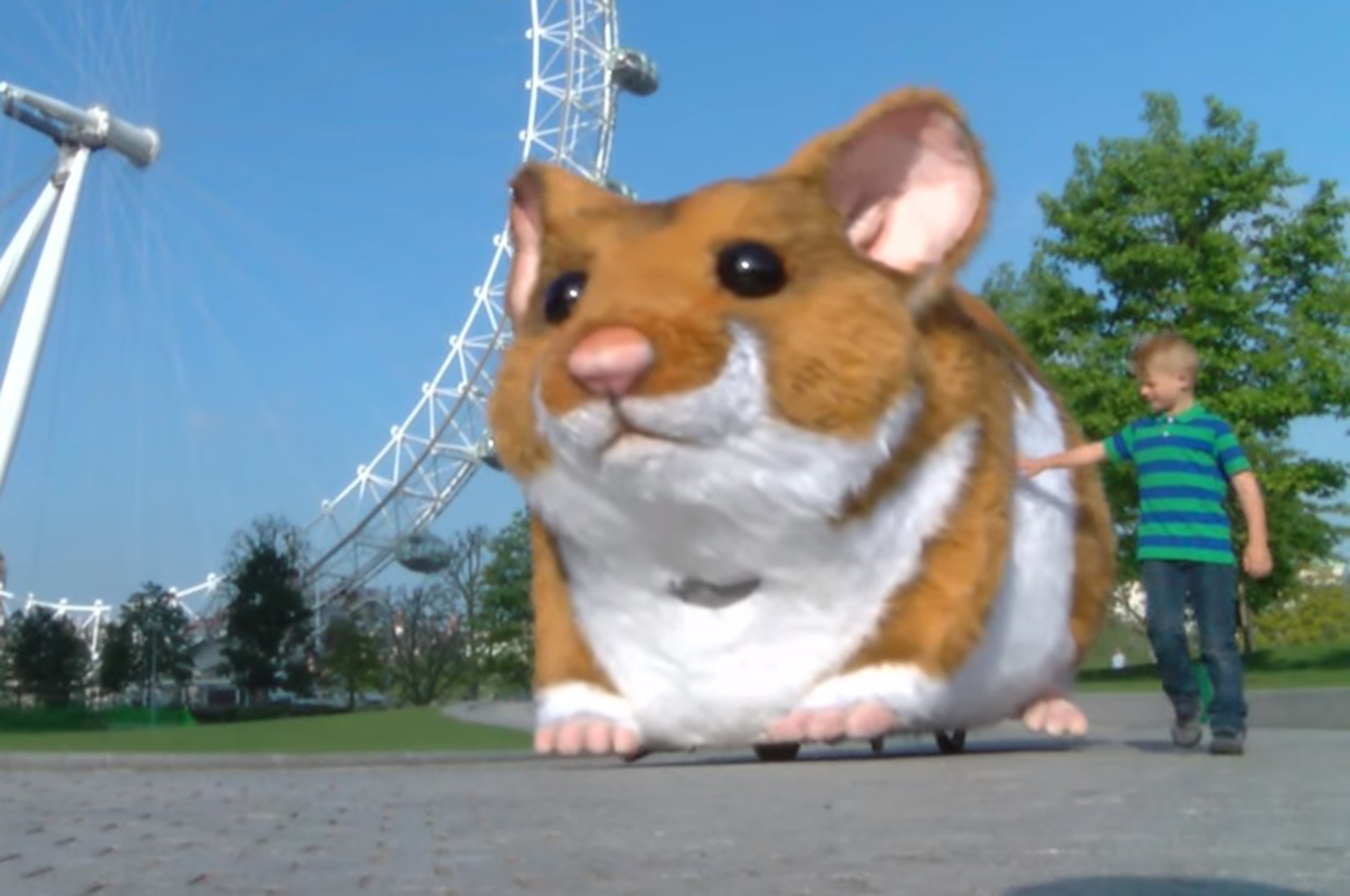 This Huge Hamstermobile is Rolling Through London (W/Video)

A giant hamster is roaming the streets of London to get the message out that car mechanics deal with much more than oil changes and tire rotations.

As part of a promotional campaign, Kwik Fit, a chain of repair shops in the U.K., surveyed its mechanics to find out what was the strangest thing they’ve discovered in customer cars. Among them was a pet hamster named Jaffa, who apparently snuck out of its cage during a trip home from the vet’s office. Kwik Fit technicians rescued Jaffa from the back of the car’s dashboard.

Now, Jaffa has a gigantic, 12-foot replica dedicated to him. The giant hamster has been rolling around and gaining lots of attention in London, with crowds snapping plenty of social media-worthy content accompanied by hashtags like #gianthamster, #hamstermobile, and #jaffamobile.

Twitter user @penelopejones was just one of many Jaffa fans who tweeted, “I feel no shame in admitting I just left the office to take a photo of a giant hamster.”

The Kwik Fit technicians answered the survey with some truly strange discoveries. Among them was a live python that was apparently relaxing in the front passenger footwell, while a sex toy was discovered in the glove box where the mechanic had to access the key for a locking wheel nut. Other items include an engagement ring, dentures (left on the dashboard), and a headstone with the customer’s name. Check out the full list HERE and the video of Jaffa below.

This Huge Hamstermobile is Rolling Through London (W/Video)