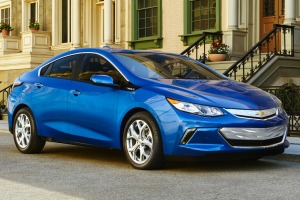 If you’re shopping for a family car, the sheer volume of choices can be overwhelming. But you can relax: Edmunds teamed up with Parents magazine to review the top contenders for nearly every family car category, ranging from crossovers to wagons.

“Family car” can have a number of meanings, depending on your needs. An eco-minded family might prioritize fuel economy, while a smaller family might want a compact car. And of course, some folks will always have a need for the traditional minivan.

As we considered the candidates and narrowed the list to 10 vehicles, we made safety a top consideration, choosing vehicles with excellent crash-test scores and the latest in automated safety technology. We also considered many other factors, such as cargo space, cabin layout and driving feel. We’re confident you’ll find something here for your family — however you define it. 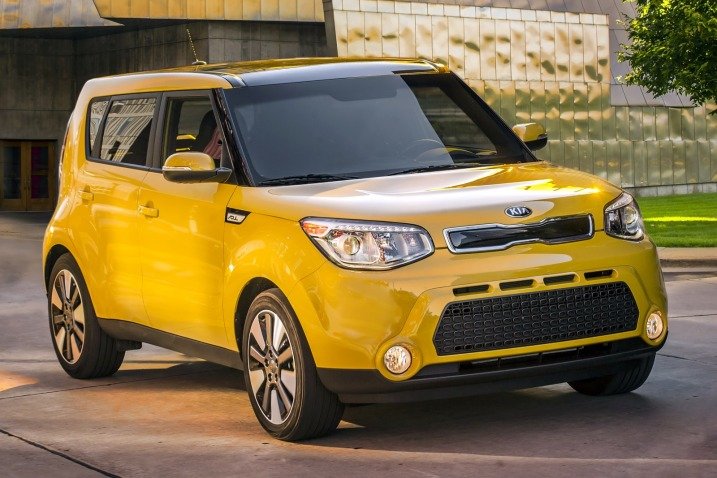 The 2016 Kia Soul is a hatchback that combines the family-friendly cargo space of a compact crossover with unique styling and an affordable price point. One of the benefits of the Kia Soul’s boxy design is an abundance of headroom and legroom, even in the backseat. Behind it you’ll find 19 cubic feet of cargo room, which grows to 61 cubic feet when you fold down both sections of the split rear seatbacks. This is more than you’d find in compact hatchbacks and is on par with some SUVs. If you opt for the 2.0-liter four-cylinder engine (which is available in higher trims), you’ll find that the 2016 Kia Soul is enjoyable around town and feels satisfyingly quick when merging onto a highway. Starts at $16,750.

Want to show your kids how to be green? The 2016 Chevrolet Volt is an excellent lesson in fuel economy and reduced emissions. The 2016 Volt is sleeker than the previous generation’s version, which looked more like a quirky hybrid. The 2016 Chevy Volt’s revised plug-in hybrid powertrain offers 53 miles of all-electric range, which is a 25-percent improvement over the previous range. That’s enough to handle the daily commute of most families without ever requiring a drop of gasoline. And when you do need to fuel up, the Volt’s new, quieter 1.5-liter engine now requires only regular-grade gasoline. It delivers an EPA-estimated 42 mpg, up 13 percent from the previous Volt. Starts at $33,995. 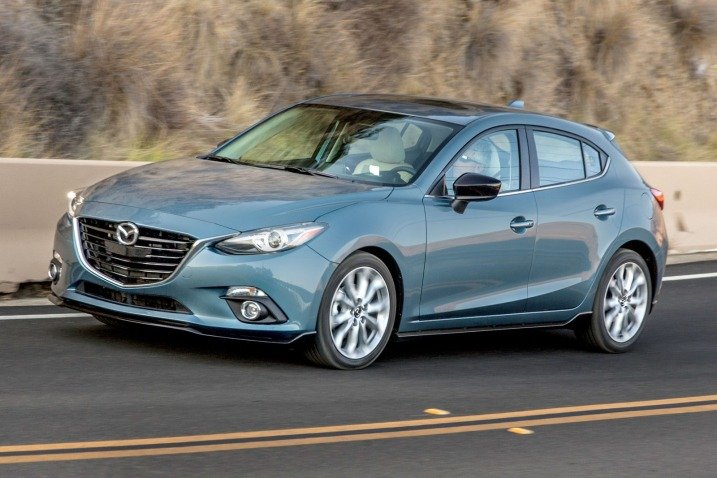 If your family wants to enjoy driving while still feeling safe, the 2016 Mazda 3 should be at the top of your list. The Mazda 3 has more character than the average economy car and is the driver’s choice in this list. The well-tuned steering and suspension will encourage you to tackle even the tightest corners, and the car’s refined and substantial ride quality make it enjoyable for road trips as well. There’s no stinting on safety features: A blind-spot monitoring system with rear cross-traffic alert comes standard on Touring and Grand Touring models. The available Technology package for the 3s Grand Touring can add a lane departure warning system and forward collision warning. It also offers Mazda’s Smart City Brake Support, a forward collision mitigation system that can automatically bring the car to a stop at low speeds if the driver doesn’t react to an imminent collision. Starts at $19,380. 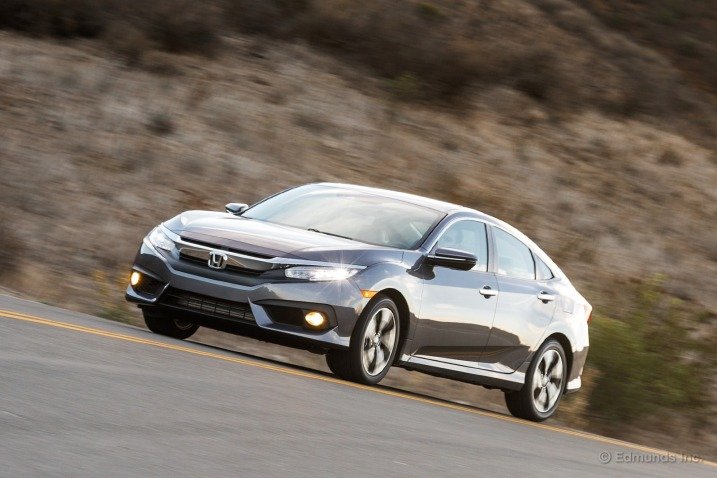 The 2016 Honda Civic is perfect for families who want a spacious sedan that is more maneuverable and less expensive than a full-size sedan. This redesigned Civic feels sporty and fun whether you’re driving it around town or on winding back roads. Unlike its predecessors, however, it’s fairly quiet inside at speed, and its ride is more compliant than ever. The Civic has so much rear passenger space that families might not even need to consider the larger Honda Accord. Inside, the Civic’s design and materials approach Acura-grade refinement in the top Touring trim. The Honda Sensing safety package is standard on Touring and optional on other Civic sedans. It adds adaptive cruise control, lane-departure warning, lane-departure intervention and forward collision alert with automatic emergency braking. Starts at $19,475.

We chose the 2016 Kia Optima for families who want a solid sedan with great looks and plenty of options. And while some of those options may push the price up to near entry-level luxury, the Optima is still a great choice for value. The base model Optima LX already comes with a nice selection of convenience items, while fancier configurations offer features that are uncommon at this level, including adaptive cruise control, automatic emergency braking, quilted leather upholstery, a panoramic sunroof and a 360-degree parking camera. You might expect such premiums in the Optima’s big brother, the Cadenza, but it’s still somewhat rare in non-luxury sedans. Starts at $22,990.

The 2016 Hyundai Tucson is a well-balanced and spacious crossover that gives you plenty of features for the money. All Tucson models have backseats that will actually let an adult sit comfortably and offer cargo capacity on par with or better than its competitors. The Tucson is slightly longer and wider than before, and that’s enough to make it considerably more competitive among crossovers without diluting its endearingly maneuverable feel. There are a lot of new upscale features as well, including Hyundai’s latest 8-inch touchscreen interface, LED headlights and safety features like lane departure warning and a forward collision warning system. If, like most parents, you’re often laden with shopping bags, you’ll like the hands-free power liftgate that comes standard on Sport and Limited trim levels. Unlike the Ford Escape’s version of this technology, which works via a foot sensor that you need to kick at, the Tucson uses a proximity sensor that opens the liftgate automatically if it senses you’re standing nearby with the key in your pocket. Starts at $23,595.

The 2016 Nissan Murano is for families who want a spacious two-row crossover with a bit more premium interior. What it lacks in a third row it makes up for in space and comfortable seats for both front and rear passengers. Inside, the Murano is noticeably more upscale than the typical compact crossover, thanks to plenty of high-quality materials and standard features. We’re also fond of the powertrain: The Murano comes standard with a V6 engine paired to a continuously variable transmission. This latest version delivers impressively smooth acceleration and good fuel economy. The estimated 24 mpg combined (21 city/28 highway) is better than what you get from most competing crossover SUVs with V6 engines. Starts at $30,560.

Wagons have a bit of a cult following these days and for good reason: They neatly combine the space of an SUV with the maneuverability of a car. Although its wagon-like profile doesn’t scream “off-road,” the 2016 Subaru Outback is great for families who want to take the occasional blacktop-free excursion. With all the mechanical bits tucked up under its sheet-metal skirts, the Outback boasts 8.7 inches of ground clearance. That’s more than many truck-based SUVs. Combine that with the Outback’s roomy seating, generous cargo bay and relatively low load-height roof and you’ve got an ideal family outdoor recreational vehicle. Starts at $25,845.

You can’t have a top family car list without a minivan and you can’t do much better than the 2016 Toyota Sienna. It’s one of the best minivans in the business, offering seating for up to eight. It’s also the only minivan with available all-wheel drive. If you’re willing to give up one of those seats, you can get the Sienna with second-row captain’s chairs. And although their available extendable footrests will likely catch your eye during a test-drive, you’ll later be impressed by the seats’ ability to slide much farther forward and back than most competitors can manage. This gives you the choice of more sprawl-out comfort or more cargo space. Toyota gave the Sienna a significant makeover in 2015, and in choosing it for this list, we took special note of the heavily revised interior, which features more user-friendly center stack controls. They’re located closer to the driver than before, and the climate controls are easier to understand and use. Toyota also substantially improved interior materials quality. The result is a minivan that gives you your money’s worth. Starts at $29,750.

If minivans aren’t for you but you still need to haul the whole family, the 2016 Honda Pilot is our pick among SUVs. The Pilot has the most versatile interior this side of a minivan. There is a multitude of handy bins and twice as many cupholders as seats. The Pilot’s maximum cargo capacity of 83.9 cubic feet places it among the top of its competitors. A nice surprise is that the area behind the third row has a removable floor panel that frees up a useful amount of storage space when all seats are in use. In addition to being more spacious and functional inside than most of its competitors, the Pilot is also smaller and lighter. This relatively low weight combines with a stiffer structure to make the Pilot feel impressively solid, controlled and less cumbersome than you might expect for SUVs in this class. Starts at $31,045.

Honorable Mentions
These runners-up include a luxury SUV, two small crossover SUVs, a midsize sedan and the granddaddy of hybrid cars.