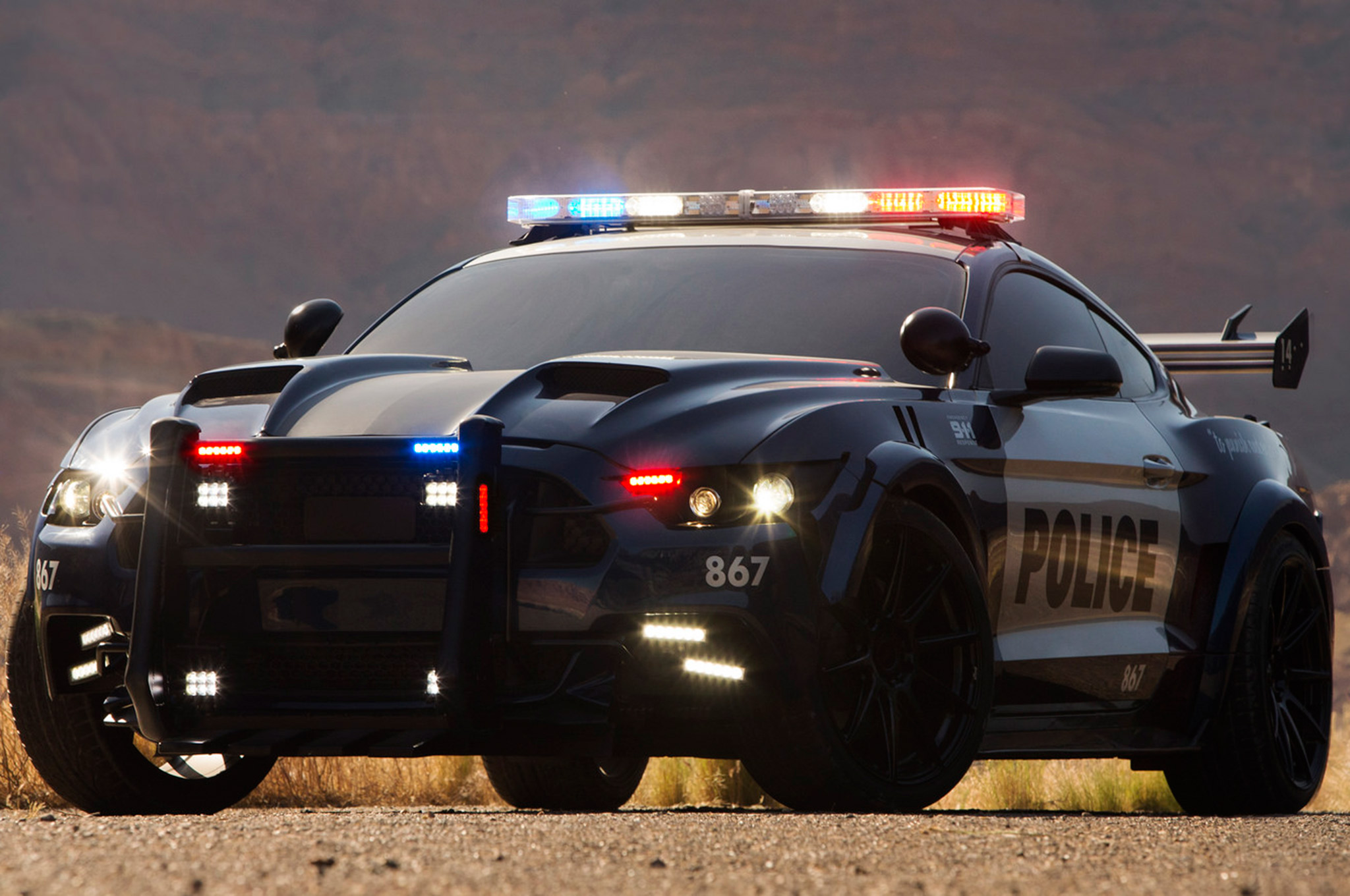 How can you tell a Transformer is bad? Easy — it’s the opposite of a Camaro.

Another “Transformers” character has been revealed for the next film installment, and this time director Michael Bay revealed Barricade, who is now a current-generation Ford Mustang. Last week, Bay showed off the newest iteration of Bumblebee, who’s now a sixth-generation Chevrolet Camaro but still sports the same bright yellow exterior color as the original one in the 2007 film.

This newest iteration of Barricade pays homage to the original, which was a Saleen S281E police car. Like the old car from the 2007 film, Barricade is still a “bad cop” with the phrase “to punish and enslave” faintly visible on the rear fender. This time, however, Barricade is looking more aggressive than ever, featuring a rear wing, large front bumper push bars, and large air scoops on the hood.

Like the Bumblebee Camaro that was unveiled earlier this month, there’s no info on what engine is under the hood of the Barricade Mustang. However, we’re inclined to believe it’s the 435-hp 5.0-liter Coyote V-8 found in the Mustang GT or the high-revving 526-hp 5.2-liter Voodoo V-8 used in the GT350 and GT350R. In the fictional universe of “Transformers,” though, expect the drivetrain to be Cybertronian in origin.

More details on the next installment in the “Transformers” franchise should start to trickle out as we get closer to the movie’s release next summer.