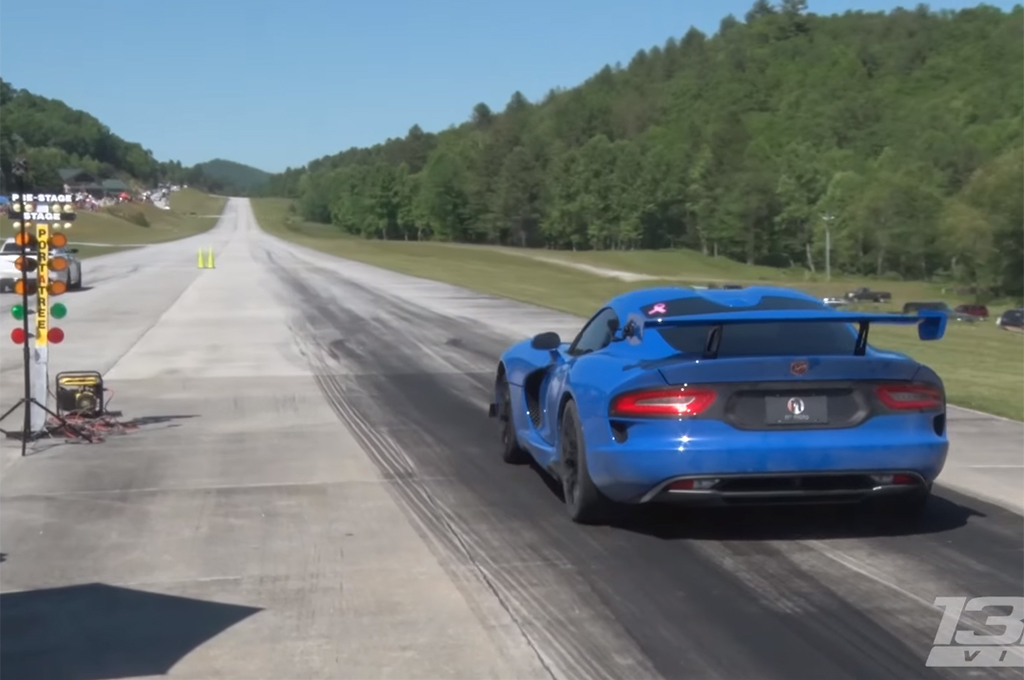 While most people aim for quarter-mile drag strip bragging rights, some shoot for even more impressive acceleration goals. This video show the owner of a fifth-generation Dodge Viper attempting to put down a 200-mph pass at the 1/2 Mile Shoot-Out down in Georgia.

Power for the car comes from a twin-turbocharged 8.4-liter V-10 boosting power to 1,250 hp on pump gas and up to 1,500 rear-wheel horsepower on high-octane fuel. Though the driver claims that the car is already the world’s fastest fifth-generation Dodge Viper, he says he wants to be the first to hit 200 mph in the half-mile – on 19-inch wheels in a rear-drive car.

Besides the bright blue paint and black wheels, the boosted Viper looks like any other stock 640-hp serpent. Not quite a sleeper, but its looks definitely do not give off a drag strip record-holding appearance. The driver also says the car still retains good drivability.

The 1/2 Mile Shoot-Out, which is sponsored by wannaGOFAST.com, takes place on Heaven’s Landing Airstrip in Clayton, Ga. Check out the video below to watch a 1,500-hp Dodge Viper attempt 200 mph in the half-mile drag race.