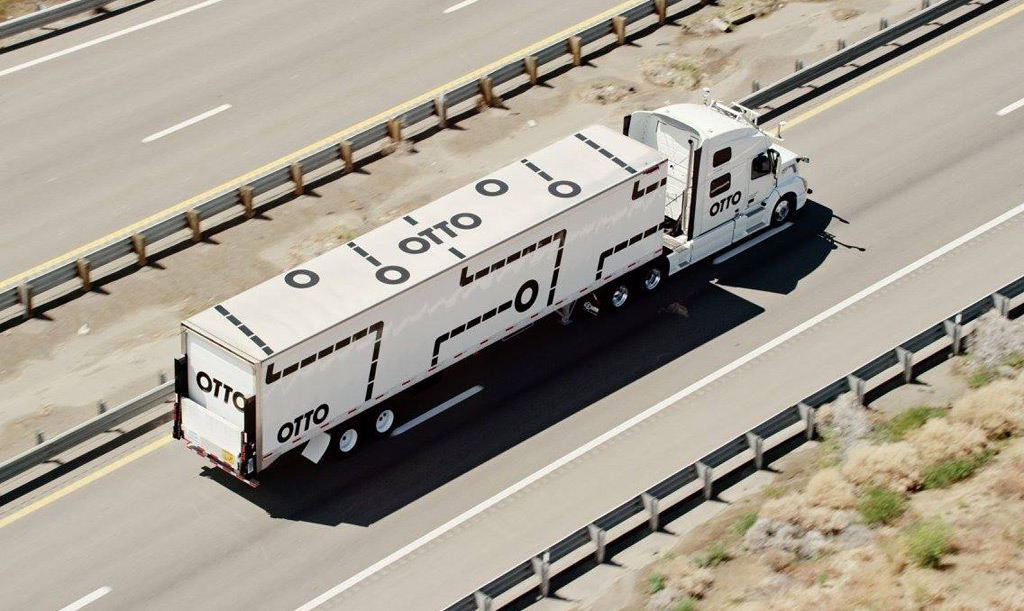 Let’s read the news about Uber.

Uber on Thursday announced the acquisition of Otto, an American startup with around 90 staff working on developing self-driving trucks. The announcement was made on the same day Uber announced a deal with Volvo to source additional test cars for its growing fleet of self-driving cars.

Otto co-founder Anthony Levandowski has been put in charge of all autonomous driving efforts at the combined firms and will report to Uber CEO Travis Kalanick. Early last decade Levandowski developed the Ghostrider, a self-driving motorcycle that now sits in the Smithsonian (video below). He was also on Google’s self-driving car team.

Otto was only founded in January but much of its staff comes from more established firms including Apple, Google, Tesla Motors and Cruise Automation. Otto’s goal isn’t to start selling self-driving trucks but rather to develop technology that can be licensed to truck manufacturers or turned into kits that can be retrofitted to existing trucks to make them autonomous.

Like Uber, Otto already has prototypes testing on public roads, in this case near San Francisco, California. Uber is conducting most of its testing in Pittsburgh, Pennsylvania. According to Bloomberg, Uber is so advanced in the field that it will start allowing customers to hail one of its self-driving test cars for a ride as early as this month. The rides will be limited to the downtown Pittsburgh area and for now one of Uber’s engineers will be behind the wheel to supervise.