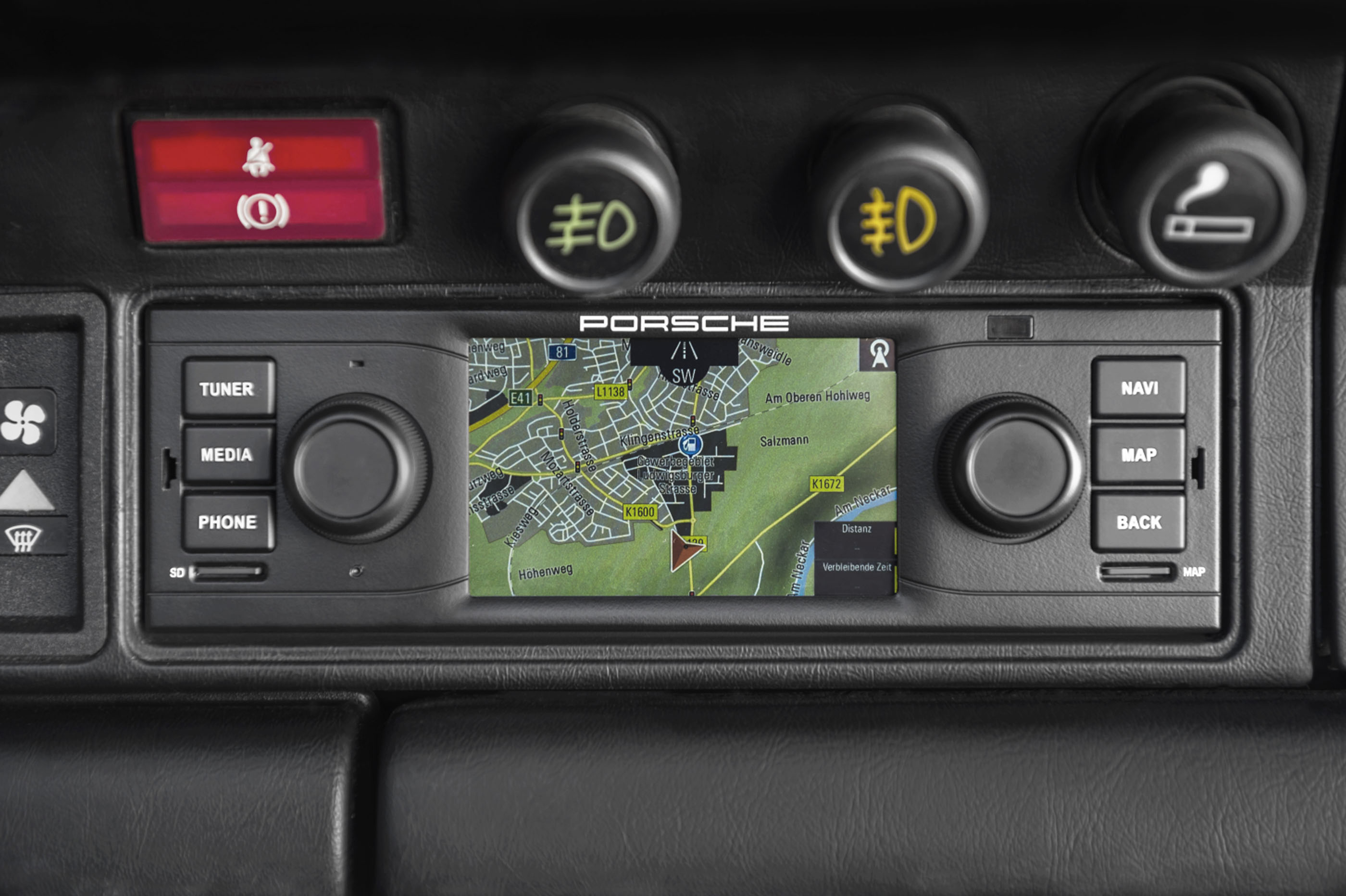 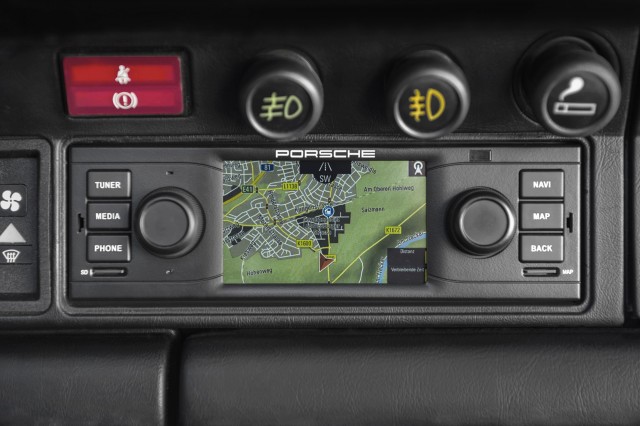 Featuring the automaker’s correct logotype and button design, the navigation system is a single DIN unit that will slot directly into the dashboard of any model from the early 911 of the 1960s to the final air-cooled 993s that rolled off the line in 1998. Porsche’s Classic division has released a period-correct, but thoroughly updated, navigation system designed to work in a host of its vintage cars.

After 1998, Porsche changed some of its interior switchgear, so the head unit won’t necessarily look right. However, we think the head unit would be most appropriate in the 1991-1998 models, meaning the 964 and 993 variants of the 911.

Of course, a small single DIN head unit has its disadvantages—namely, the limited real estate available for a map display. The unit includes a 3.5-inch touchscreen, two knobs, and six buttons, but it is packed with SiriusXM and Bluetooth. Porsche will also include a wiring harness to adapt the radio into a vintage model’s original wiring harness. Two USB inputs are included, but they are not on the face of the head unit itself. 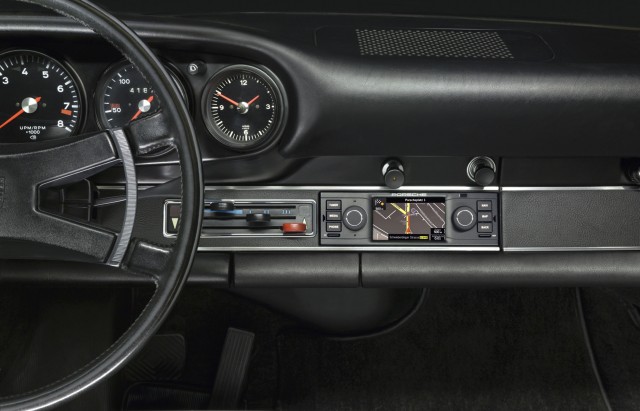