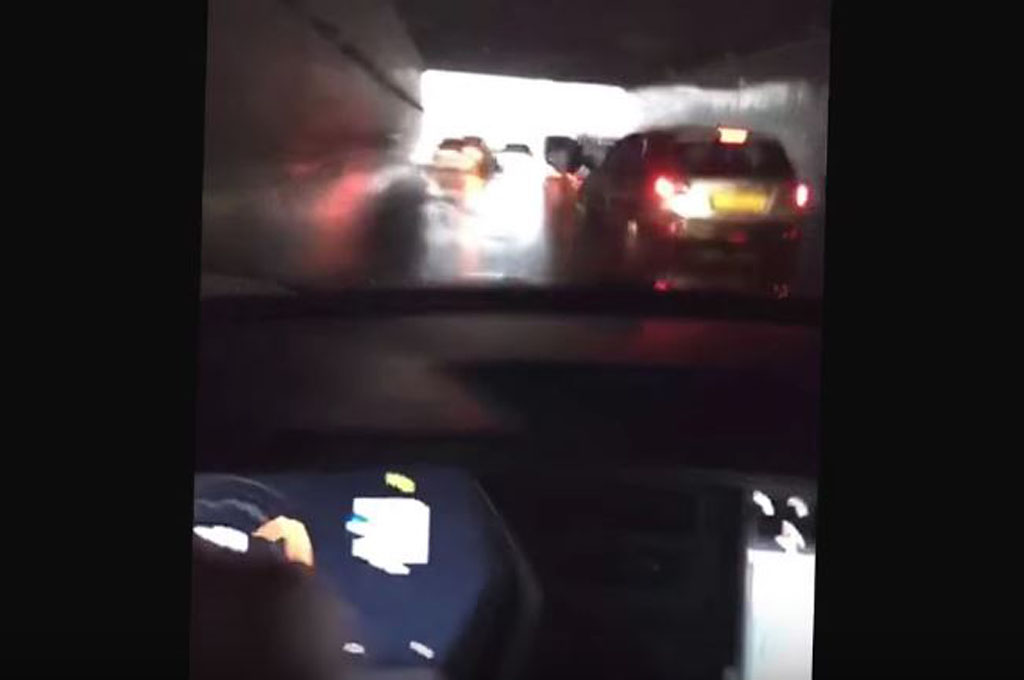 Is a Tesla Model S a boat? We’ve known the Tesla has a propensity for “ludicrous” acceleration for quite some time, but the question of whether or not the car is indeed a boat has long escaped the most brilliant minds of our time. Thankfully, one intrepid amateur scientist from Kazakhstan finally deciphered the enigma. The answer? Sort of.

A Tesla Model S owner was driving along before encountering a flooded section of a tunnel. A few cars had already become stuck, but the driver of the Tesla didn’t seem too bothered by the situation and proceeded through the windshield-deep water. The car then appeared to stop, at which time, it began to float. Instead of panicking about the luxury electric car suddenly becoming a boat, the driver laid on the accelerator, which propelled the car forward like an inboard motor would on a boat.

We *def* don’t recommended this, but Model S floats well enough to turn it into a boat for short periods of time. Thrust via wheel rotation.

Once the water became shallow enough for the wheels to touch, the car gripped, and the driver and passenger who recorded the whole ordeal went about their business. The recording has since gone viral; you’d think the Tesla should have sunk like a stone. Tesla boss Elon Musk weighed in on the subject through Twitter stating, “We *def* don’t recommend this, but Model S floats well enough to turn it into a boat for short periods of time. Thrust via wheel rotation.”

So it seems Musk knew that the Model S could indeed float, but has been keeping it secret. Probably due to fear foolish individuals thinking their electric car was indeed a successor to the gloriously imperfect Amphicar. For other Model S owners, again, Musk says Tesla doesn’t recommend it, so please, don’t try this at home.