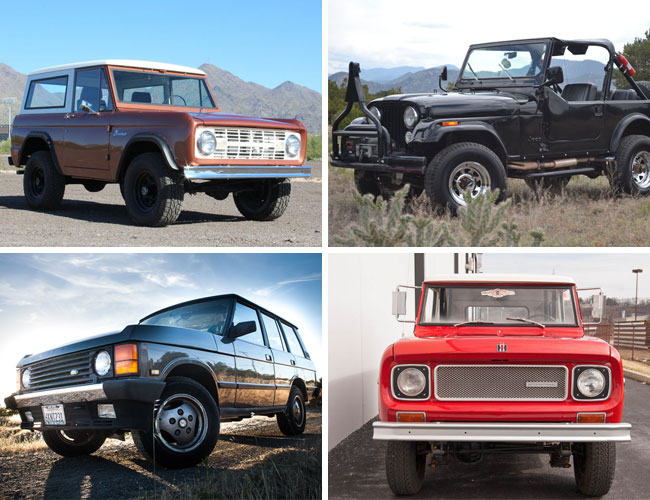 It’s big, it’s stylish, its opulent, and if you really wanted to you could absolutely crush most off-road trails in it. But who would actually do that? If you’re looking for style and off-roading prowess, vintage is your best bet. Old-school looks are always to be admired, but really, there’s something to be said about the simplicity of the off-roaders of yesteryear (and at well under the RR’s $140,000). So what if you don’t have a Meridian sound system or massage seats? You’re off-roading.

I once had the pleasure of driving a Range Rover Autobiography, which, apart from the new Bentley Bentayga, is about as complex and loaded as 4×4’s come these days. And I get it. 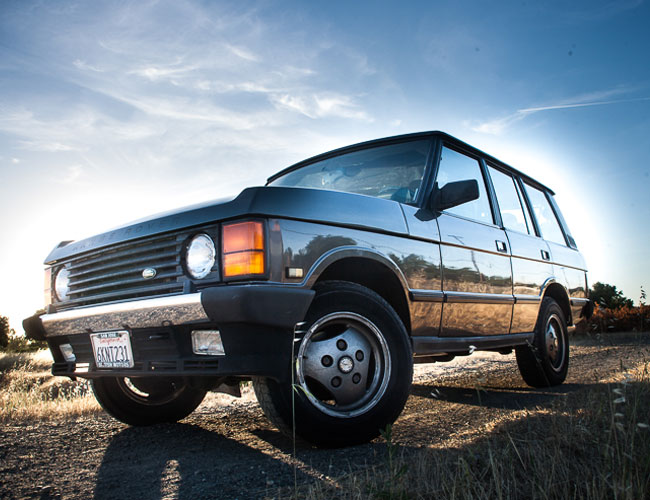 What we like: The original Range Rover Classic, launched in 1970, was Rover’s (successful) attempt to make a capable off-roader appropriate for the road. The Classic was produced through the early ’90s, and by the end of its lifetime became ever so slightly plusher with leather interiors and wood trim, but it’s still a far cry from today’s complex Range Rover.
From the seller: “The engine runs great with no major mechanical problems. We have had it serviced before the sale and we will provide details of servicing below. Overall the drive is very smooth and provides luxury to the backwoods and outdoors.” 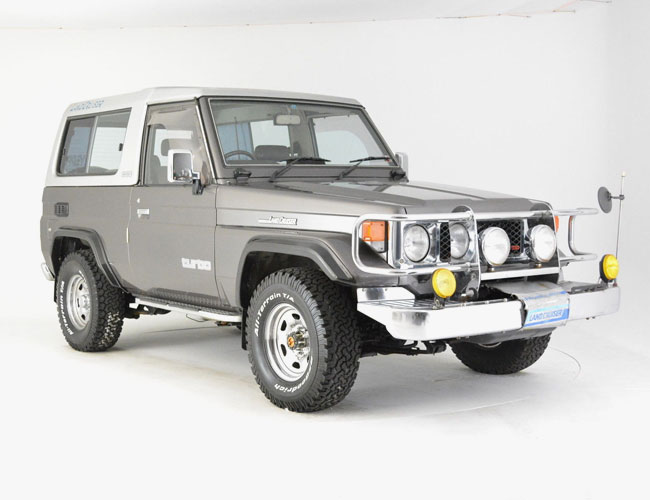 What we like: Today’s Land Cruiser maybe a massive family hauler (admittedly one with admirable off-road prowess), but the smaller, older models like this JDM BJ74 are the ones that made the Land Cruiser famous. And considering the massive spike in values of old Toyota trucks of this vintage, the bonus of JDM rarity makes it all the more tempting.
From the seller: “This 1987 Toyota Land Cruiser BJ74 is a non-USA turbo-diesel model imported from Japan earlier this year and remains in excellent original condition. The cleanliness of the truck’s underside suggests it was likely never used off-road, and it has under 100k miles from new.” 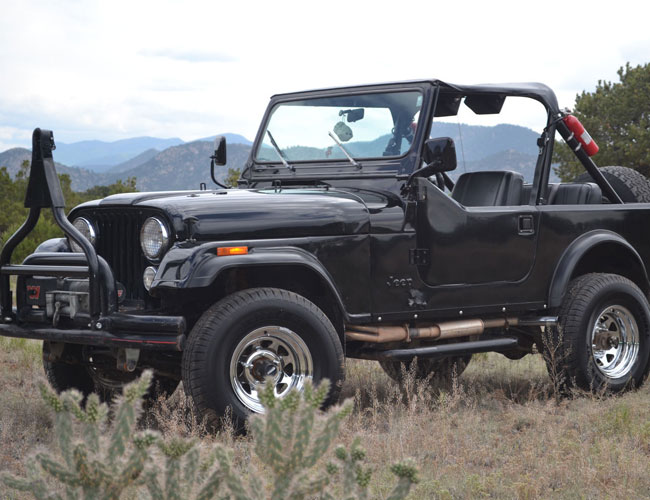 What we like: The modern Wrangler still has the looks and “clean out the interior with a hose” simplicity, but it’s nothing compared to the absolutely spartan Jeep CJ that was spawned from the original WWII-era Willys.
From the seller: “350CU new 1988 Chevy Small Block; two-inch lift kit with rear-facing front spring shackles; Warn winch.” 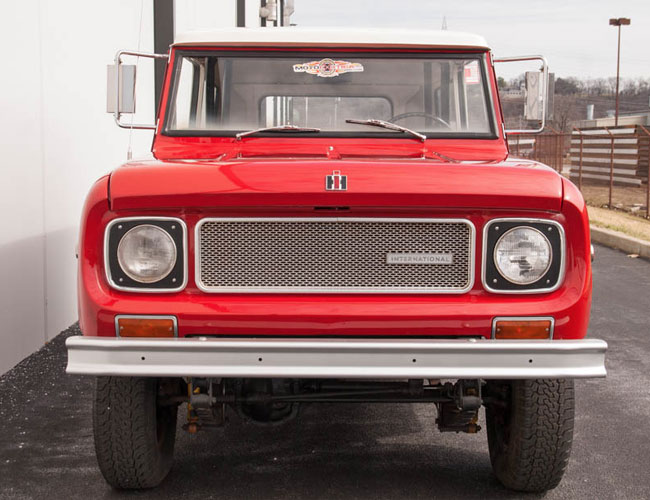 What we like: International Harvester — known today for their commercial trucks and tractors — once made utilitarian passenger cars. The Scout in particular was delightfully unadorned: you got a couple seats, a manual transmission, a pickup bed, a removable top, a fold-down windshield and not much else.
From the seller: “This is the true classic sport utility enthusiast’s truck! The restoration was started in late 2014 and was completed in early 2015, including, but not limited to, new front and rear cargo floor, rockers, roll bar and starter.” 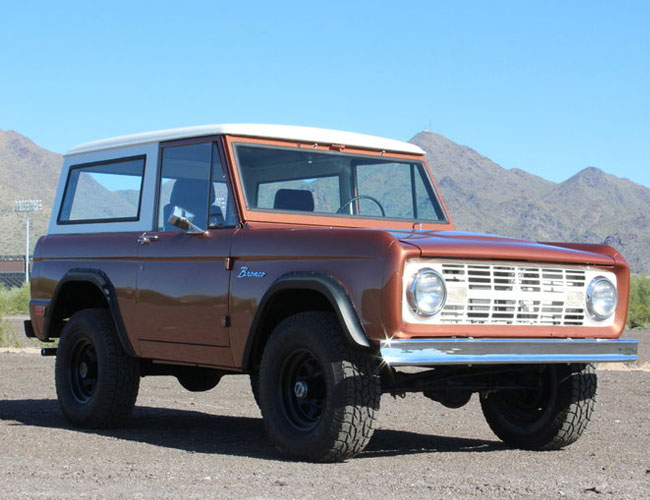 What we like: Like the Scout and the Jeep CJ, the original Bronco is a shining example of what 4×4’s used to be: small, light and stupid simple (with a removable top, to boot). Broncos are a hot buy as of late, so at under $20k for one that has been restored and only lightly (and tastefully) modified this is a particularly good deal.
From the seller: “This 1968 Bronco is powered by what is believed to be the original inline 6-cylinder and three-on-the-tree transmission. A shift-on-the-fly Dana Holding Corporation transfer case and locking hubs were standard and have not been altered on this SUV. Newer 15-inch wheels and tires are very off-road capable but not so aggressive that they are noisy on the road.” 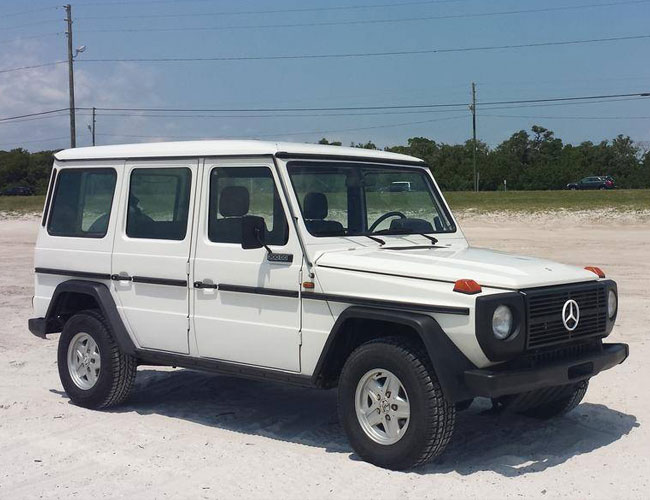 What we like: No car has both simultaneously changed so much yet so little as the Mercedes G-Wagon. What was once a humble, bog-standard farm truck quickly became a fire-breathing, blinged-out SUV when it was introduced to the US in the early 2000s, all the while with a body and chassis that has remained virtually unchanged. If you’re not so keen on today’s six-figure status symbol, plenty of plain ’80s G-Wagons are finding their way to US shores at reasonable prices.
From the seller: “Very nice Mercedes 300GD automatic with factory A/C which is a very rare option. OEM alloys with oversized tires. New radio and carpet. Next to no rust.”