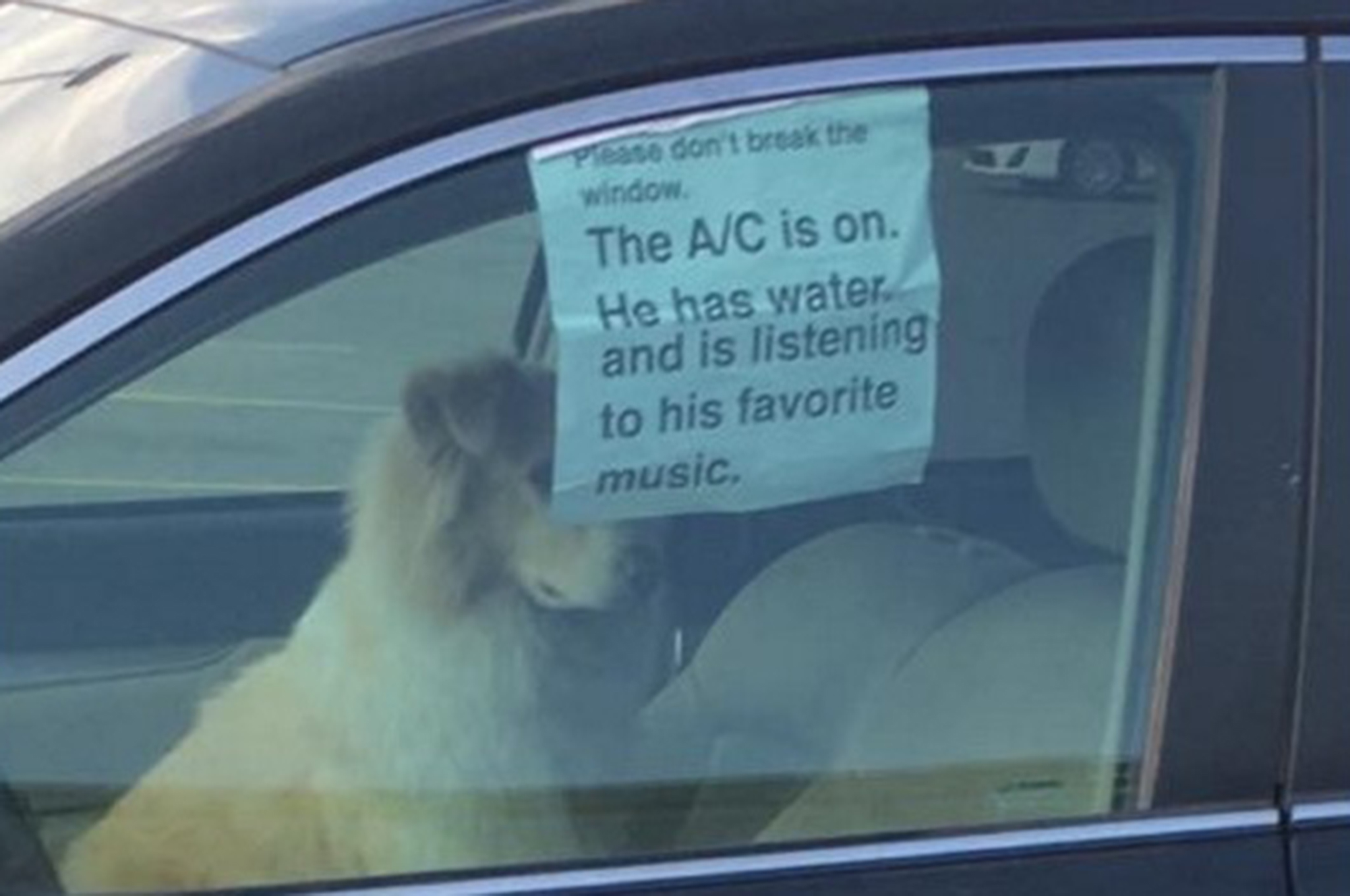 A viral tweet has ignited an important debate about dogs being left in hot cars. Should bystanders break the window and rescue the dog? Or keep walking?

In this particular tweet, a passerby found a dog alone in a parked car. The dog’s owner, however, left a sign hanging from the driver’s side window assuring people that his or her dog is OK.  “Please don’t break the window,” the sign read. “The A/C is on. He has water and is listening to his favorite music.” The dog appears to be comfortable, sitting upright in the passenger seat.

Unfortunately, this isn’t the case for hundreds of dogs who suffer heatstroke or die in hot cars every year. According to the American Veterinary Medical Association (AVMA), a car’s interior can become excessively hot, even when the outside temperature is relatively comfortable. The AVMA says that when the outside temperature is a relatively comfortable 75 degrees, the vehicle’s interior temperature could reach 94 degrees in 10 minutes, increasing to a sweltering 118 degrees after an hour.

Making the issue more difficult is the fact that in many states, breaking the window to rescue the dog is considered illegal. Lawmakers in California, however, want to change that and are attempting to pass legislation (bill AB 797) allowing bystanders to do whatever it takes to rescue pets from hot vehicles without repercussions. The bill states the rescuer must first call 911 and tell first responders there’s no other reasonable option to rescue the pet. Meanwhile, lawmakers in Michigan are pushing for a law that would bring felony charges to anyone who leaves their pets in hot cars.

Did the pet owner in the tweet do the right thing by leaving their dog in the car with the A/C running? And should pet owners be charged with a felony for leaving dogs in hot cars? Sound off in the comments.