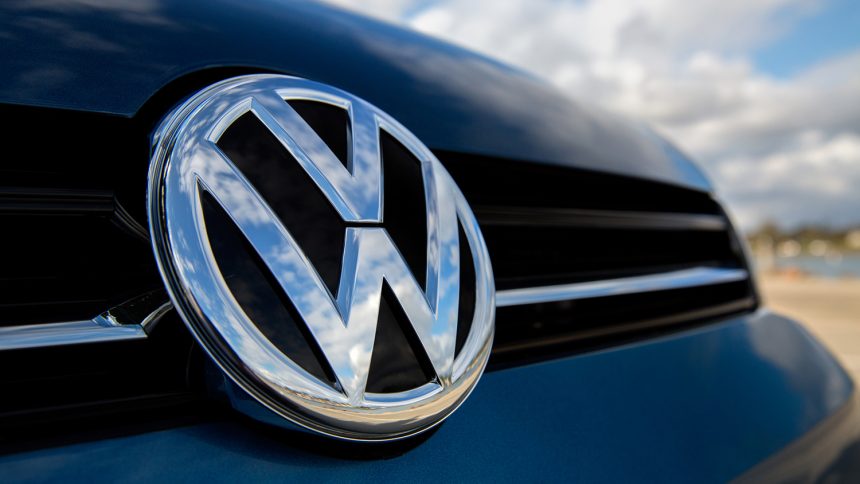 Volkswagen AG’s price tag to settle lawsuits in the U.S. over its rigging of diesel emissions tests has jumped to more than $15 billion — $5 billion more than previously reported — on the eve of a settlement to be filed Tuesday in a San Francisco court.

Under the deal, VW will set aside up to $10.03 billion to cover costs including buying back vehicles at pre-scandal values and compensating drivers as much as $10,000 per car for their troubles, two people familiar with the negotiations said. Those figures could rise if VW misses certain deadlines.

In addition, Volkswagen will pay $2.7 billion in fines that will go to the U.S. Environmental Protection Agency and the California Air Resources Board and invest $2 billion in clean-emissions technology, one of the people said. The carmaker is also expected to announce a settlement with states, including New York, for about $400 million, another person said.

That total far exceeds any previous U.S. civil settlement with an automaker, and it brings VW closer to the 16.2 billion euros ($17.85 billion) it has set aside to cover the costs of the scandal. But it won’t put an end to VW’s legal troubles spanning three continents as the company still faces civil and criminal actions in other jurisdictions.

The total economic impact of the scandal on VW was estimated at $55 billion euros by Richard Hilgert, an analyst at Morningstar Equity Research. That includes government fines, dealer remuneration, repair costs, vehicle repurchases, plus the litigation costs and damages awarded plaintiffs from class action lawsuits filed by shareholders and consumers, he said in a June 17 report.

The compensation figure jumped over the past few days, these people said, as the parties changed their estimates on what it would take to get some 85 percent of owners to trade in their vehicles under the settlement. Another person familiar with the matter didn’t dispute the final amount but said it had remained constant since a preliminary agreement was reached in April.

VW, whose brands include Audi and Porsche, has admitted to systematically rigging environmental tests since 2009 to hide that its diesel vehicles were emitting far more pollutants than allowed under U.S. and California law.

Wyn Hornbuckle of the Justice Department, Jeannine Ginivan of Volkswagen and Nick Conger of the EPA declined to comment.

For a QuickTake explainer on Volkswagen’s emissions scandal, click here.

The agreements between VW and the U.S. Department of Justice, EPA and CARB will be filed with U.S. District Judge Charles Breyer by noon San Francisco time on Tuesday. Breyer is overseeing more than 800 lawsuits over the rigged vehicles. The $2.7 billion to be paid to regulators will be placed in a trust to fund pollution-reduction projects.

In order to participate in the settlement plan, if approved by the judge, owners will have to surrender their cars or agree to have them retrofitted to meet emissions standards. No fix for the vehicles has been approved by environmental regulators, people familiar with the talks have said. VW has until the end of 2018 to come up with a viable update, one of the people said. The $10.03 billion buy-back amount was a maximum and could be less if more owners opt to fix rather than sell their cars back to VW, one of the people said.

The Volkswagen settlement would be one of the largest in corporate history, exceeded by the $246 billion agreement between the tobacco industry and U.S. states in 1998 and the multiple payments to private parties and governments over the 2010 BP Plc oil spill. BP’s final bill isn’t yet known, but it includes agreements to pay more than $25 billion to the U.S. and states and at least $12.9 billion for claims of private property and economic loss.

The rising cost of the U.S. settlement raises the question of whether VW has set aside enough money to put the scandal behind it. Maryann Keller, an independent auto industry consultant in Stamford, Connecticut, said the answer depends on how non-U.S. consumers and governments react.

“The bigger problem is if people in other countries and other governments want a similar deal,” Keller said. “If they do, I don’t think $18 billion will cut it.”

Indeed, European governments and consumer groups are pressing VW to provide compensation similar to the amounts expected for U.S. car owners for the roughly 8.5 million owners of VW diesel models on the road there, raising the possibility that VW’s expenses related to the scandal will rise further still.

The U.S. settlement is expected to make up the lion’s share of VW’s overall cost for the scandal, but other legal action is still pending. For example, the company still faces criminal investigations in the U.S., Germany and South Korea.

Auto dealers and resellers have sued VW in class actions alleging fraud and false advertising. While few of Volkswagen’s authorized dealers have sued over lost sales, they may be looking to Tuesday’s plan to determine whether to abide by the company’s approach or take an adversarial stance.

The plan may also not resolve what will be done if owners refuse to give up their cars. That would prolong the environmental effects.

“I’ll probably just keep driving it,” Marcus Frye, a mechanic from Redwood City, California, said of his 2010 VW Jetta diesel model. Frye recently tried to sell the car on Craigslist for $11,500, or about three-quarters of what he paid a year earlier.

But after he noticed that the Kelley Blue Book value had dropped to $6,000 because of the emissions scandal, he pulled the ad. “If the value of the car is basically junk, why would I give it away to anyone?”

Investors in the U.S. and Germany are suing VW for what they describe as massive losses in the days following the Sept. 18 disclosure that the company had installed a so-called defeat device on 11 million vehicles to beat emissions tests in the U.S. and Europe. Holders of American Depository Receipts, whose claims also won’t be covered in Tuesday’s agreement, contend that the drop cost them hundreds of millions of dollars. The company’s shares have lost 35 percent of their value since the disclosure.

‘Tip of the Iceberg’

The announcement on June 23 that South Korean prosecutors had arrested a VW executive there may be “the tip of the iceberg,” said Anthony Sabino, a law professor at St. John’s University in New York who specializes in complex litigation. More prosecutors or regulators worldwide may pursue additional actions following the settlement with the U.S., he said.

“There are plenty of public-minded, or just ambitious, politicians and bureaucrats who’ll be ringing up VW: ‘You gave the Americans this, we want some,’ ” Sabino said.

The agreement with the U.S. will also put Volkswagen under an international microscope through a consent decree that will probably include federal monitoring of its compliance, Sabino said. “The U.S. will be watching their every move,” he said.

As part of the automaker’s rebound effort, Chief Executive Officer Matthias Mueller has mapped out a sweeping strategy overhaul focused on electric cars, automated driving and services such as ride-hailing.

The shift will entail more than $11.2 billion in investments by 2025, which will be financed in part by cost-cutting at the namesake Volkswagen brand and bundling together its fragmented parts operations, the company said this month.

I Drive a Dad Car and I Really Like It
Tag California Air Resources Board U.S. Settlement Volkswagen AG