You are here: Home  /  Auto Show  /  Automotive News  /  VW’s Huge New SUV Will Swallow Up Everything You Own
Auto Show 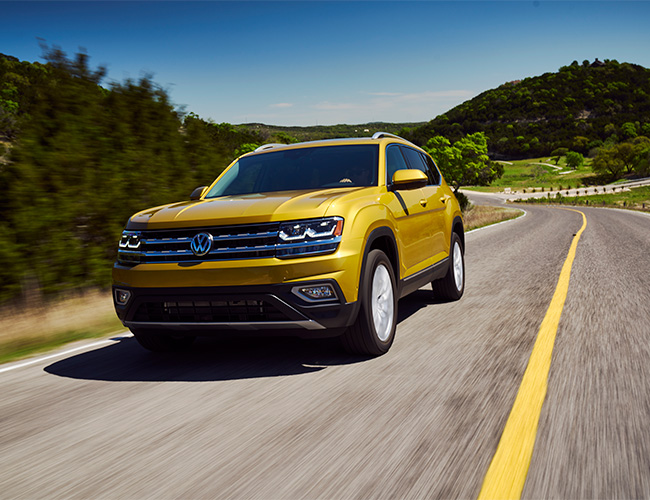 VW’s Huge New SUV Will Swallow Up Everything You Own

As its name pointedly suggests, the Volkswagen Atlas has the world on its shoulders. The company is still reeling from the diesel scandal that’s costing billions in fines and buybacks, as well as major hits to its global rep. VW needs a home-run moneymaker, a buzz-generator. It needs something that consumers need and want — a lot to ask of a single product. But the Atlas just might be the machine to do it.

It fills that well-loved, great big seven-passenger SUV niche American buyers love. It’s priced to sell, starting just above $30K. It’s attractive and distinctive and it packs a roster of smart decisions rather than fire-hosing unnecessary features — perhaps VW management watched Moneyball and decided to craft a car that wins by precision rather than brute force. Moreover, the Atlas dispenses with awkwardly unpronounceable and barely spell-able SUV names like “Touareg” and “Tiguan,” instead relying on a name as easily articulated as Beetle or Jetta. And that matters.

Debuting the new machine in prime SUV territory further cements the company’s confidence. VW launched the Atlas under a blazing Texas sun in Hill Country outside San Antonio. Under harsh light, the Atlas’s styling emerged as crisp and serious, and in general highly appealing. That said, I’m never a fan of any fender creases, like those on the Bentley Bentayga or Dodge Charger, that add “interest.” Atlas has such lines, connected by a crease running the length of the doors, but I’ll admit there have been worse crease-crimes committed on cars.

I’m as much a fan of trying things I hate as trying things I love; though I understand the appeal of big SUVs, they’re just too big for me, and certainly too top-heavy to really handle if you’re in a hurry. But VW has made an extremely drivable machine: smooth and quiet at highway speeds, remarkably flat in curves. I threw it hard into turns, no panic-braking needed, and the truck managed to not scare the bejeezus out of me. (This happens a lot in Texas: realizing far too late that you’ve entered a turn at 95 mph, having generally few frames of reference to gauge speed or distance.) 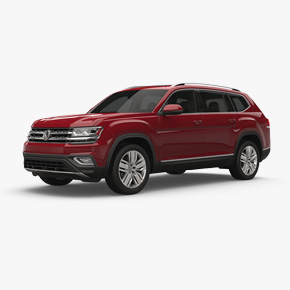 The Atlas accelerates strongly, thanks to the 3.6-liter VR6 engine (276 horsepower, 266 lb-ft of torque). And since the Atlas weighs a relatively svelte 4,500 pounds, it feels kind of light on the road. It’s also about 200 pounds lighter than the smaller Touareg, which is more of a performance SUV and boasts a commensurate bump in price, to boot. I wasn’t able to try the GTI-based 2.0-liter turbo-four version, with its 235 horsepower and 258 lb-ft of torque, but that modest differential in output gives me hope that it will be equally engaging, even if it will only offer front-wheel-drive.

There’s plenty of good stuff elsewhere: a “digital cockpit” with its 12.3-inch TFT display, 480-watt Fender-sourced audio system, Apple CarPlay, Android Auto, full LED lighting and myriad driver aids. Though not tested in Texas, the AWD Atlas appears to have fairly respectable off-road capabilities, heralded by both the car’s off-road mode, which adjusts throttle and transmission characteristics to manage tricky traction scenarios, and a novel offroad ABS system. Here, the wheels can lock up briefly before the system reduces brake pressure, allowing some loose gravel or sand to wedge in front of the wheel, thereby increasing the braking effect and maintaining steerability.

The last notable story is interior space. Atlas is roomy enough for tall adults in the third row — something I did actually test. Second-row seats slide and recline generously, and can pitch forward even if there’s a child seat in place. Behind the third row is 20 cubic feet of storage, and a full 97 cubic feet of cargo volume is at your disposal with all the rear seats folded.

That’s a great deal of hauling capacity for any SUV, but is it enough to carry the weight of all VW’s worries? Time will tell, but Atlas is sure going to try.

Learn More: Here
Here’s the 2018 Lincoln Navigator in All Its Massive Glory 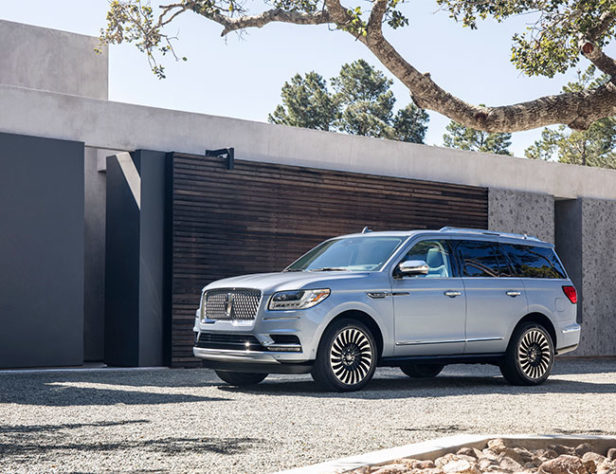