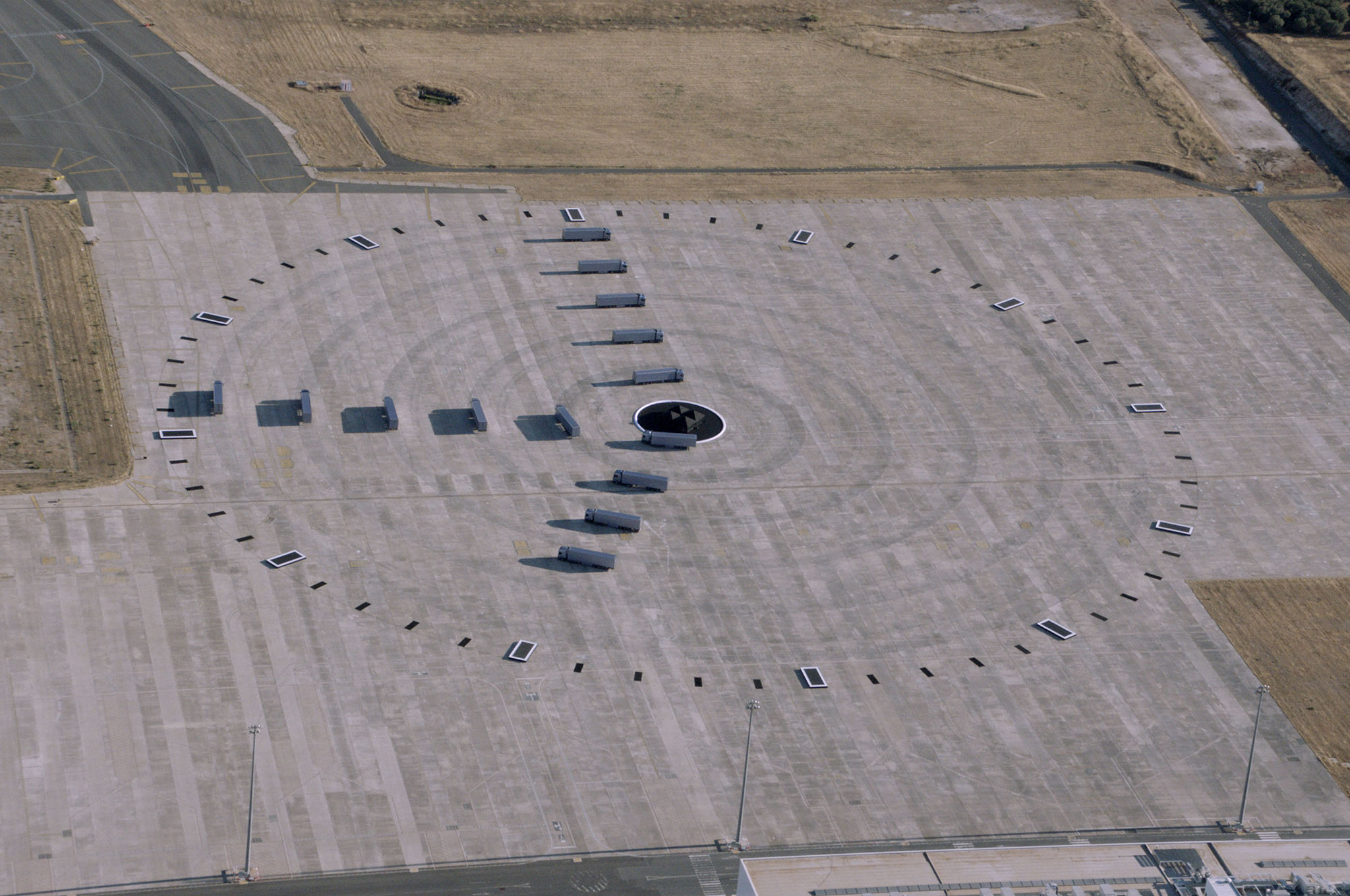 There have been a lot of viral video stunts involving heavy-duty trucks in recent years, and Volvo has put out some of the most impressive and entertaining. Not to be outdone, fellow Swedish truck maker Scania, a Volkswagen Group subsidiary, has produced a video that might top them all.

For the new video, Scania gathered 14 trucks with trailers in tow to form a giant, functional clock. The clock covered 750,000 square-feet of an abandoned airfield, with markings around the clock’s perimeter for the hours and minutes. The trucks served as the clock’s hour, minute, and second hands, and ran for a full 24 hours on September 20. A total of 90 drivers took turns moving the hands in perfect time. For the five trucks that formed the second hand, the innermost truck had to maintain a constant speed of 8 mph while the truck on the outside had to drive 33 mph in order to complete one rotation in 60 seconds. Meanwhile, the trucks in the minute and hour hands had to start and stop in sync for the illusion to work.

The trucks were filmed from five different camera angles, but the whole stunt was livestreamed from a bird’s-eye view. The feed continues to play and keep time here. For more on how they did it, check out the videos below.