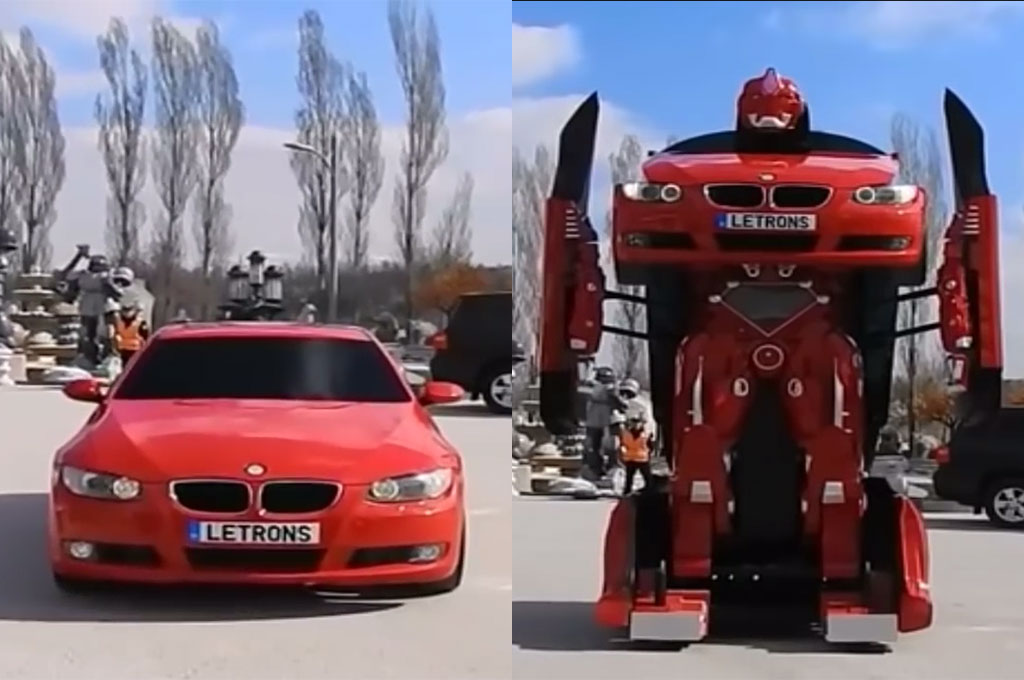 Watch a BMW 3 Series Transform Into a Robot – Motor Trend

Director Michael Bay may have ruined the “Transformers” franchise for many diehard fans with his excessively computer-generated depictions of our favorite Autobots and Decepticons, but those that grew up loving the idea of a vehicle that turns into a robot will likely still appreciate this latest creation out of Turkey.

A video posted to YouTube shows what looks like an E90-generation BMW 3 Series driving slowly in a parking lot. The car then turns and stops with the front end facing the camera. It’s at this point that we realize this BMW is more than meets the eye. The front fenders and doors extend outward and the front half of the car hinges up as the front fascia folds down to form the robot’s chest. We can already see the humanoid body taking shape when the head emerges and the arms begin slowly dropping down into position. The Transformer then demonstrates surprising hand dexterity, with enough articulation in the fingers to grip something—we’re hoping a laser rifle or sword. Afterwards, the shape-changer begins the long transition back to car mode.

The custom license plate reveals the masterminds behind the project: Turkish R&D company Letrons. Photos published on Twisted Sifter show the build process and give us a glimpse of the robot from the side, arguably its least flattering angle. Though this Transformer probably doesn’t have what it takes to fight actual bad guys, it’s still one of the best 1:1-scale transforming cars we’ve seen.

Watch the previous-generation 3 Series transform into a robot and back in the video below.

Watch a BMW 3 Series Transform Into a Robot