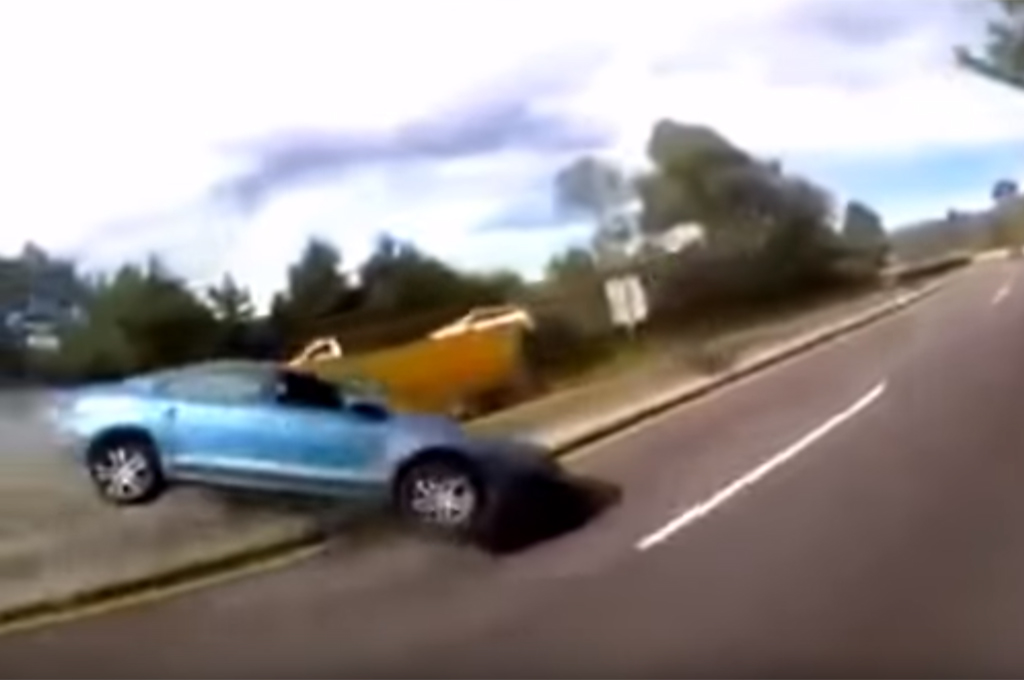 Watch a Volkswagen Jetta Flip During a Road Rage Incident

A driver in a Volkswagen Jetta sedan crashed while trying to race a small group of motorcyclists on Highway 95 in Mexico. The crash was caught on video by one of the motorcyclists’ helmet camera.

After the first motorcycle passes the Jetta on the right, a second bike – the one with the helmet camera – passes between the first bike and the car. As the second motorcyclist turns his head to the left, the Jetta is seen accelerating to catch up to the lead biker. Just before a slight bend in the road, the Jetta brakes abruptly locking up the rear tires and causing the car to fishtail.

The car swerved into the left side curbing causing the driver-side tires to come off the road. As the tires come back down, the bulk of the vehicle’s weight shifted to the right front tire causing the car to roll to the right and spin in a clockwise motion before stopping on the right shoulder.

The driver suffered from minor injuries and was treated by paramedics on the scene, according to the video description. The incident was reported to the Mexican Federal Police (PF) Division Roads.

It’s unclear exactly what caused the driver to brake suddenly and lose control, but street racing does appear to be the root cause of the incident. Stay safe out there. In addition to endangering your life and the lives of others, you could end up making a total ass of yourself on YouTube.

Watch a Volkswagen Jetta Flip While Trying to Street Race