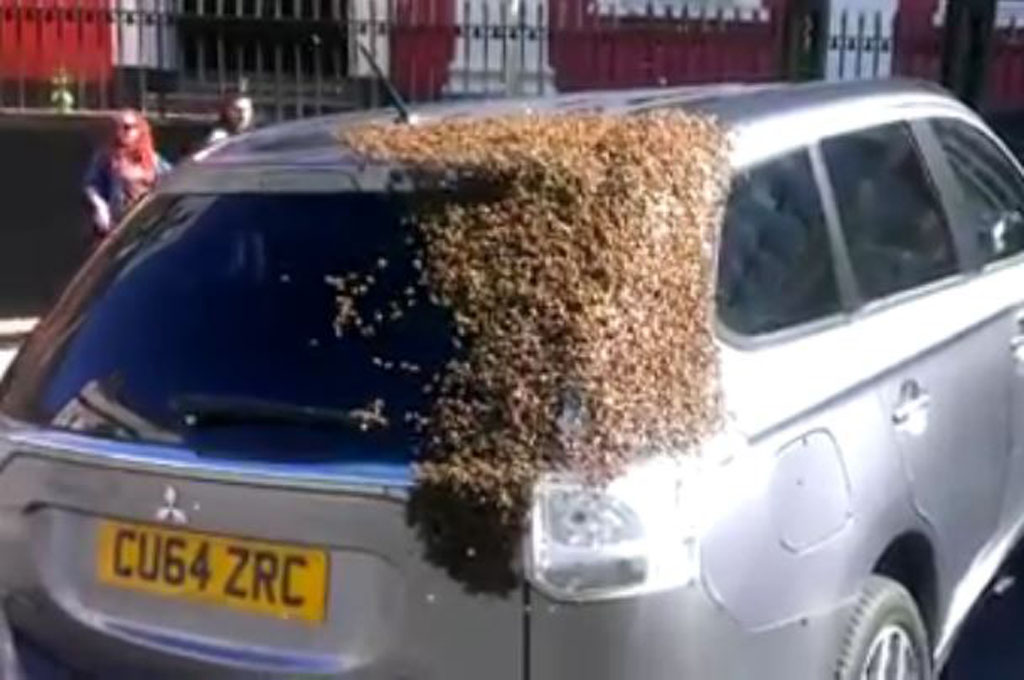 Why would a swarm of bees find interest in someone’s Mitsubishi? Apparently, the army was after its queen bee, who was trapped inside the car.

Here’s an unusual sight. Thousands of bees surrounded one woman’s Mitsubishi Outlander plug-in hybrid SUV when she was out shopping in Haverfordwest, West Wales.

The woman with the Mitsubishi had reportedly been at a nature reserve earlier, and that could have been where she picked up the bees. When she was out shopping, a local ranger named Tom Moses was driving by the area and noticed the swarm. He then called up the local Pembrokeshire Beekepers Association, and the team helped guide the bees into a box. Some people got stung while the bees were swarming the car, as you might imagine.

Unfortunately, once the incident seemed to be over, the bees faithfully came back the next morning, and the beekepers were called upon for help once again. Sadly, it’s unclear what happened to the queen bee. Watch the video below to see the bees in action.

Watch an Army of Bees Attack This Mitsubishi Outlander (W/Video)