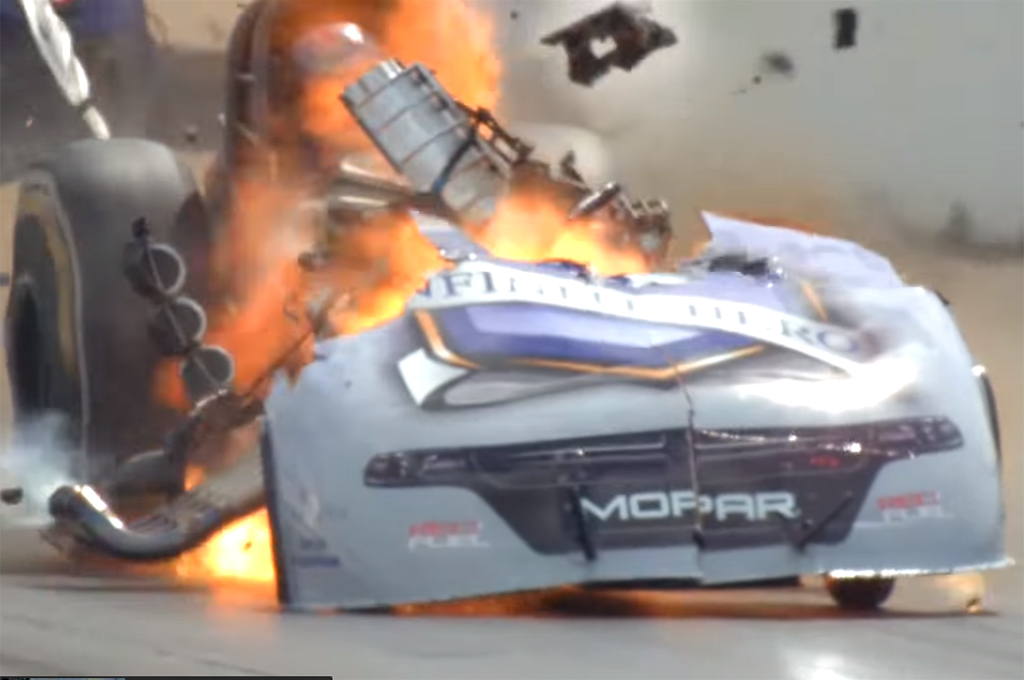 While most competitive sports have an inherent risk of injury, few things are more dangerous than having a flammable liquid involved. A new video shows what happens when a mechanical malfunction causes the engine of a NHRA Funny Car explode during a drag strip run.

Despite having his helmet visor covered in oil, Beckman was able to hold the car in its lane as the parachutes helped bring the car to a stop. From the video, we can see the explosion rip the majority of the body off the frame. Only the front clip, which was split lengthwise just to the left of the centerline, remained on the chassis. The video also shows the massive roots-type supercharger case split from the lower intake manifold and fly toward the driver compartment.

Check out the first video to see the explosion and stick around for the second video to hear Beckman talk about the incident.