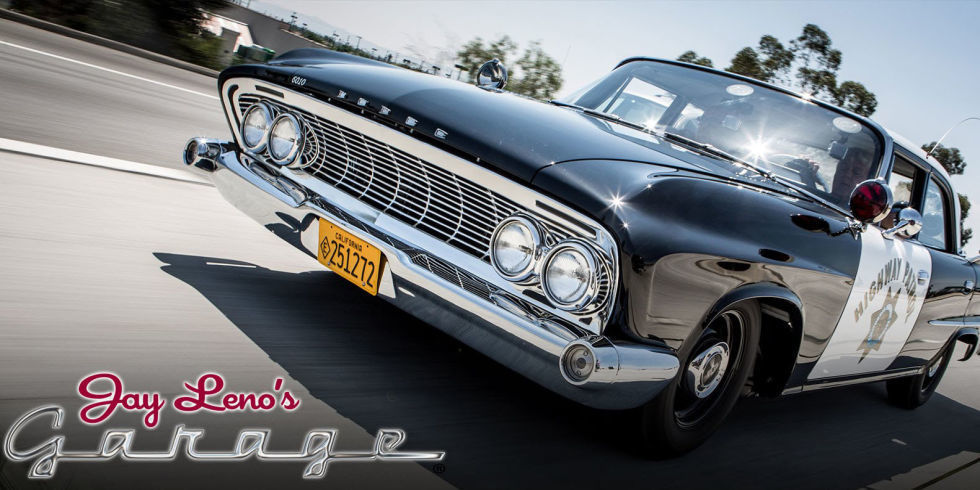 Which is what makes this episode of Jay Leno’s Garage particularly special. Police cars are perhaps the most unloved of any vehicle. The folks who drive them put them through incredibly severe use, and the rest of us dread the sight of them. They’re used hard, stripped down, and auctioned off like the unromantic work tools that they are.

Our man in denim takes a close look at a lovingly restored 1961 Dodge Polara, an original California Highway Patrol vehicle that was just recently restored to its full patrol glory. The details here are fascinating: The cop-spec highway cruiser got a different carburetor and cam compared to run-of-the-mill Polaras, but it didn’t come with Dodge’s big-block 440 c.i. V8 as you might expect.

After a lengthy, fascinating discussion about how this used, abused, and abandoned former cop car was returned to its better-than-new glory, Jay gets to hop in the driver’s seat and open this cruiser up on the highways of L.A. And despite the fact that this car had just been restored, he’s not afraid to exercise that transmission kickdown and prodigious 60-80mph passing power over and over and over again.

Fast forward to 18:53 to skip to the driving segment, or watch the whole thing: