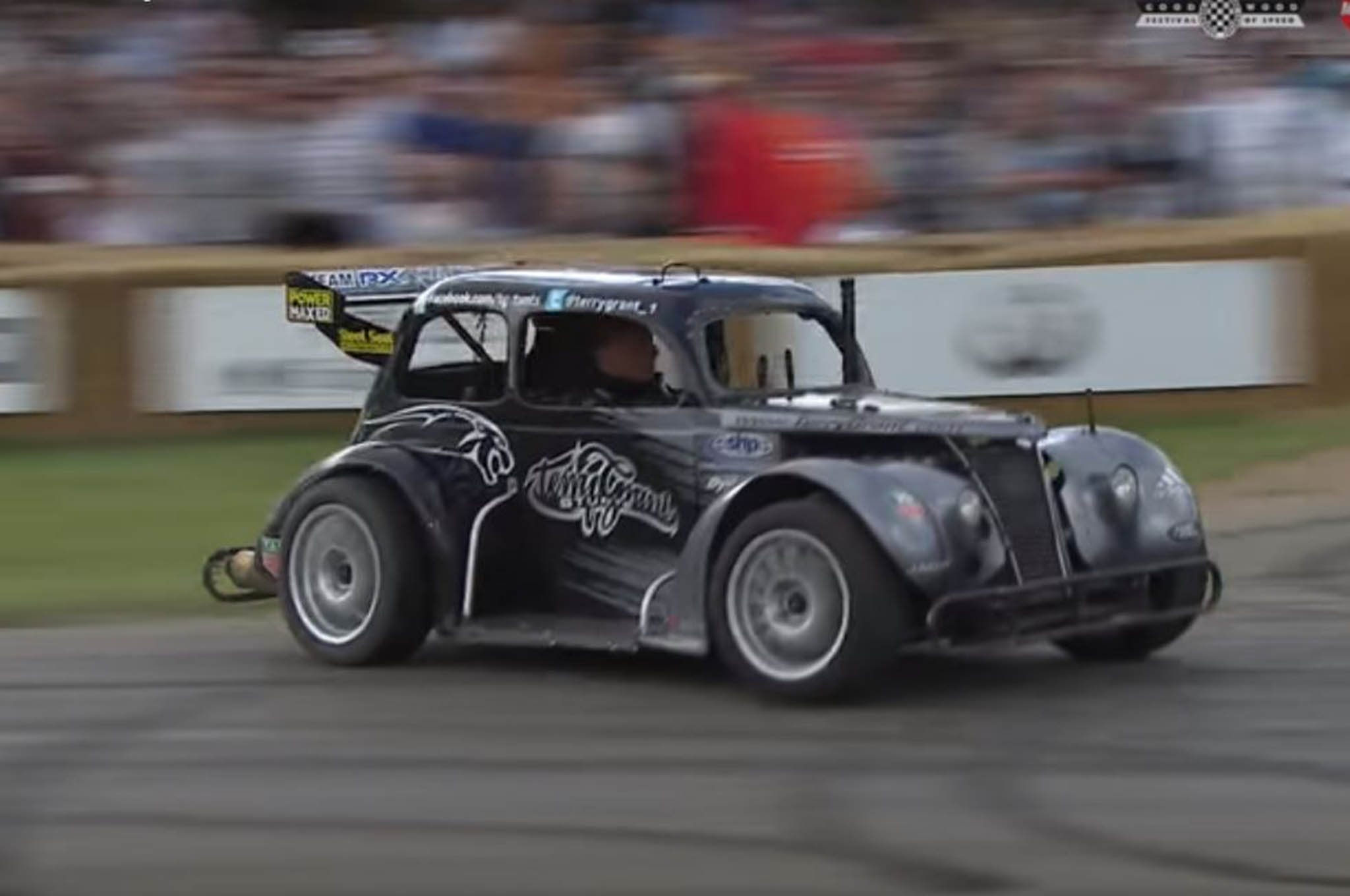 Over the weekend, the Goodwood Festival of Speed was host to some amazing events, including stunt driver Terry Grant piloting the Jaguar F-Pace on two wheels, while fellow stuntman Lee Bowers saluted the crowd while standing on the passenger window. Grant also performed solo, showing off his donut and drifting skills.

Grant, who holds 23 world records, including the most donuts in 100 seconds, starts the video behind the wheel of a legends car doing donuts, but that isn’t enough of a thrill for fans.  He switches gears and hops in the driver seat of his Jaguar F-Type R to do some cool maneuvers and more donuts before heading back into the legends car. This time, though, things get more interesting.

Whoever said you needed to be behind the wheel to do some donuts? Clearly, Grant doesn’t feel the need, as he hops out and heads into the crowd to grab a spectator’s phone and shoots some undoubtedly cool footage.

Check out the video below to see all of Terry Grant’s stunts in both the legends car and the Jaguar F-Type R.