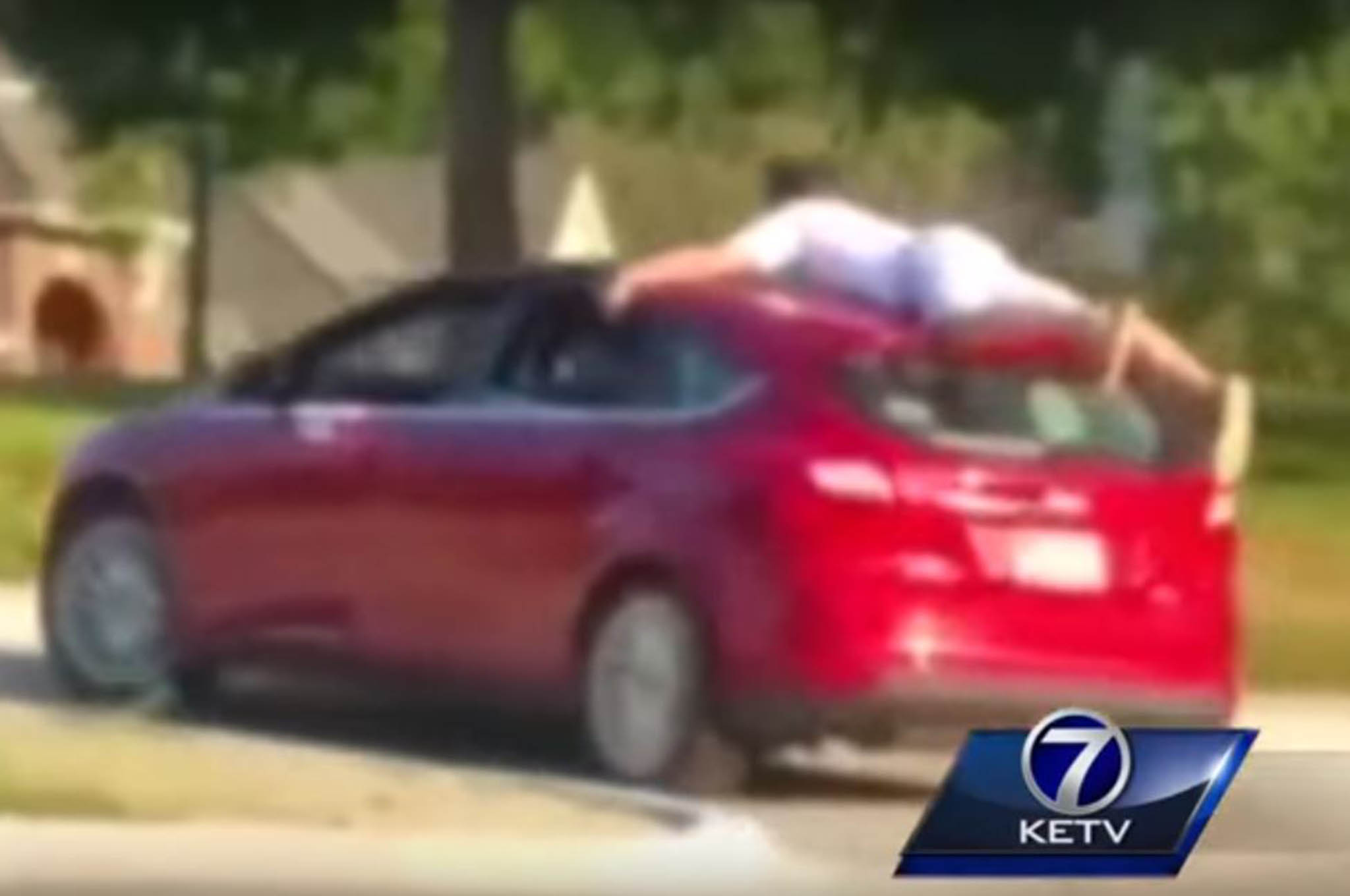 Parents are constantly warning their teens about the dangers of driving, including texting, calling, and now, car surfing. In Omaha, Neb., a woman took a video of teens car surfing around her neighborhood, and it later gained the attention of the local police.

“I was going for a walk Sunday night, and I heard tires squealing around, so I stopped to see what was going on,” said Kathy Harvey, the woman who shot the video from the parking lot of St. Wenceslaus Church.

Harvey told KETV Omaha that she was scared for the kid hanging on to the back of the car. She thought the driver would come to a sudden stop and the teen on the back would fly forward. Once the kids saw Harvey shooting the video, they ran off.

The video gained traction with the local community, and after hundreds of shares, the mother of one of the teens involved saw the video. She gave KETV a statement that concluded with, “All of the parents have been contacted and there are severe consequences for the kids involved. By the grace of God, I get to punish him and for that I am grateful.”

Omaha police are currently investigating the incident and said that it may end in a reckless driving citation. Officer Phil Anson spoke with KETV, saying that what he saw in the video was “extremely dangerous and kids should be aware of what they’re doing, and that this isn’t a game.”

Check out the video below to see the teens car surfing around an Omaha neighborhood.