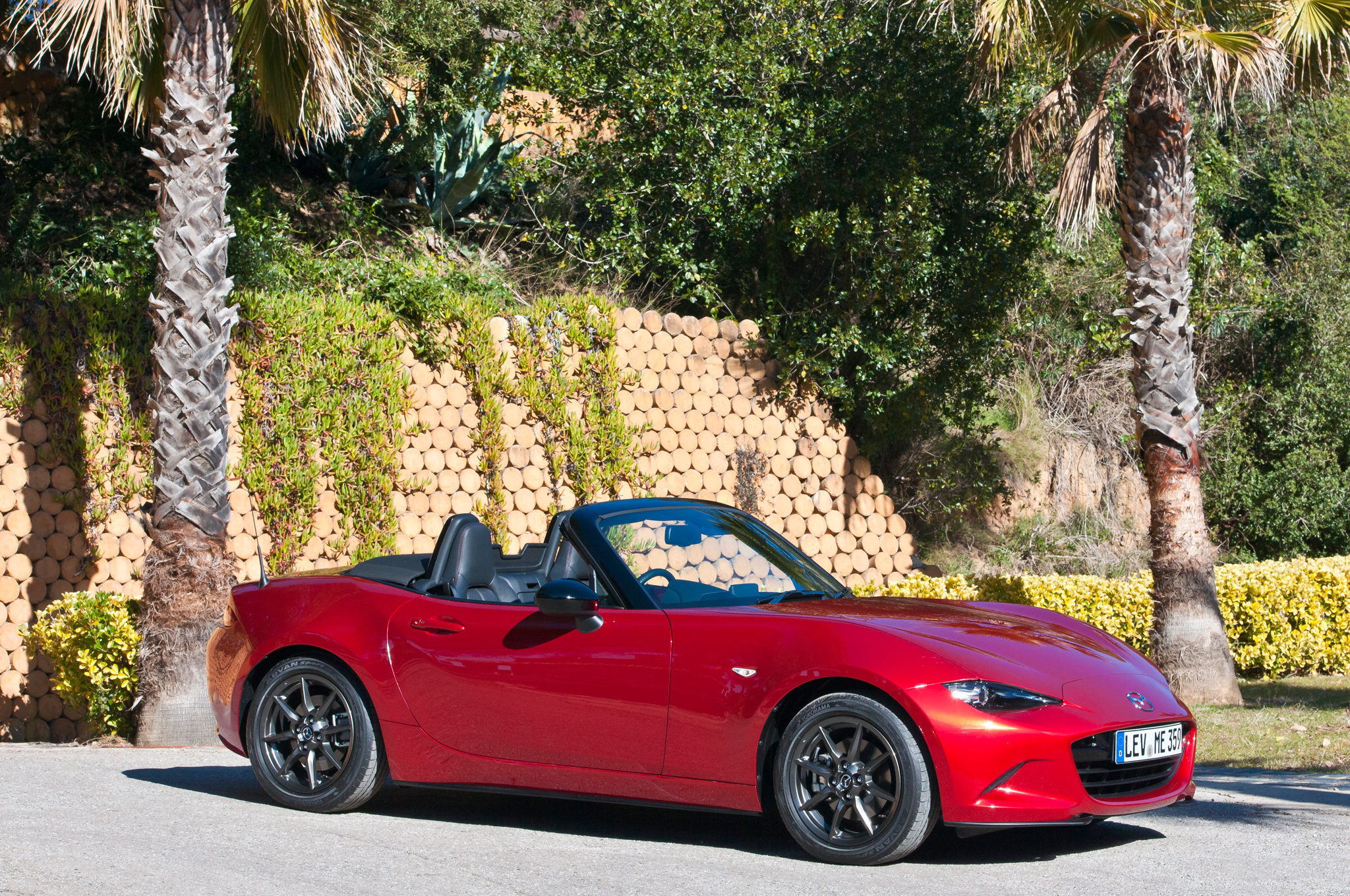 It has only been over a year since the fourth-generation ND Mazda MX-5 Miata went on sale but word about the next-generation of the automaker’s iconic roadster has already started surfacing. Speaking with Autocar, MX-5 Miata program manager Nobuhiro Yamamoto said that the next-generation car’s size will stay the same but it will lose weight and improve efficiency via extensive use of lightweight materials in the construction of the car.

“The size is right,” Yamamoto said to Autocar. “But in the future, lightweight materials will be very important and will be used in this car. Now carbon fiber is very expensive, but we have in development affordable carbon fiber, so the MX-5 will be lighter in the future.”

When asked about powertrains for the next-generation MX-5, Yamamoto told Autocar that smaller engines and tires will be used since there won’t be that much mass to move. Outside of the U.S., Mazda sells a base model MX-5 Miata powered by a 1.5-liter I-4 rated at 129 hp and 111 lb-ft of torque, which slots below the 155-hp 2.0-liter I-4. Yamamoto also revealed that the Speedster and Spyder concepts shown at SEMA last year won’t be produced.

The current-generation Mazda MX-5 Miata weighs 148 pounds less than the car it replaced and is currently the quickest version of the car to date. Compared to the previous-generation NC Miata, the ND Miata was also a leap forward in fuel efficiency at 27/34 mpg city/highway with the manual and 27/36 mpg with the automatic, which is an improvement of 25 and 30 percent respectively. Earlier this year, Mazda revealed a power retractable hardtop version called the MX-5 Miata RF (retractable fastback).