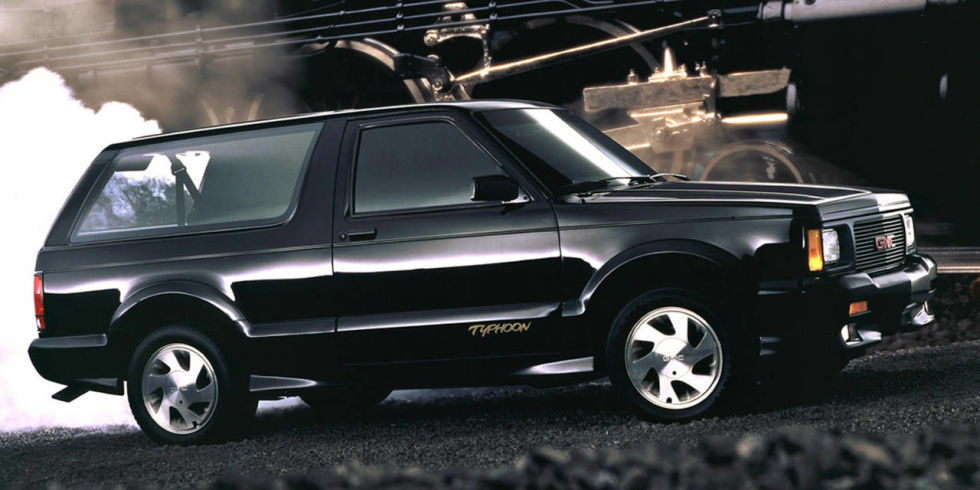 What Sort of Car Did Clint Eastwood Drove on The Tonight Show ?

Fallon said that many people probably imagined him driving a muscle car, which I think sounds about right. Eastwood seems like an AMX sort of guy to me, someone that won’t take no shit from nobody.

But Eastwood doesn’t drive a muscle car. He drives a truck that’s faster than a Ferrari: The GMC Typhoon. When we tested the Typhoon wayyyyy back in 1992, it got to 60 in 5.6 seconds and ran the 1/4 mile in 14.3 seconds. Maybe not fast by today’s standards, but in the early 1990s that was a scorching time for anything, let alone a small SUV.

It’s the perfect choice for Eastwood: Something that’s distinctly American that can knock the socks off of almost anything from other countries. Fantastic.