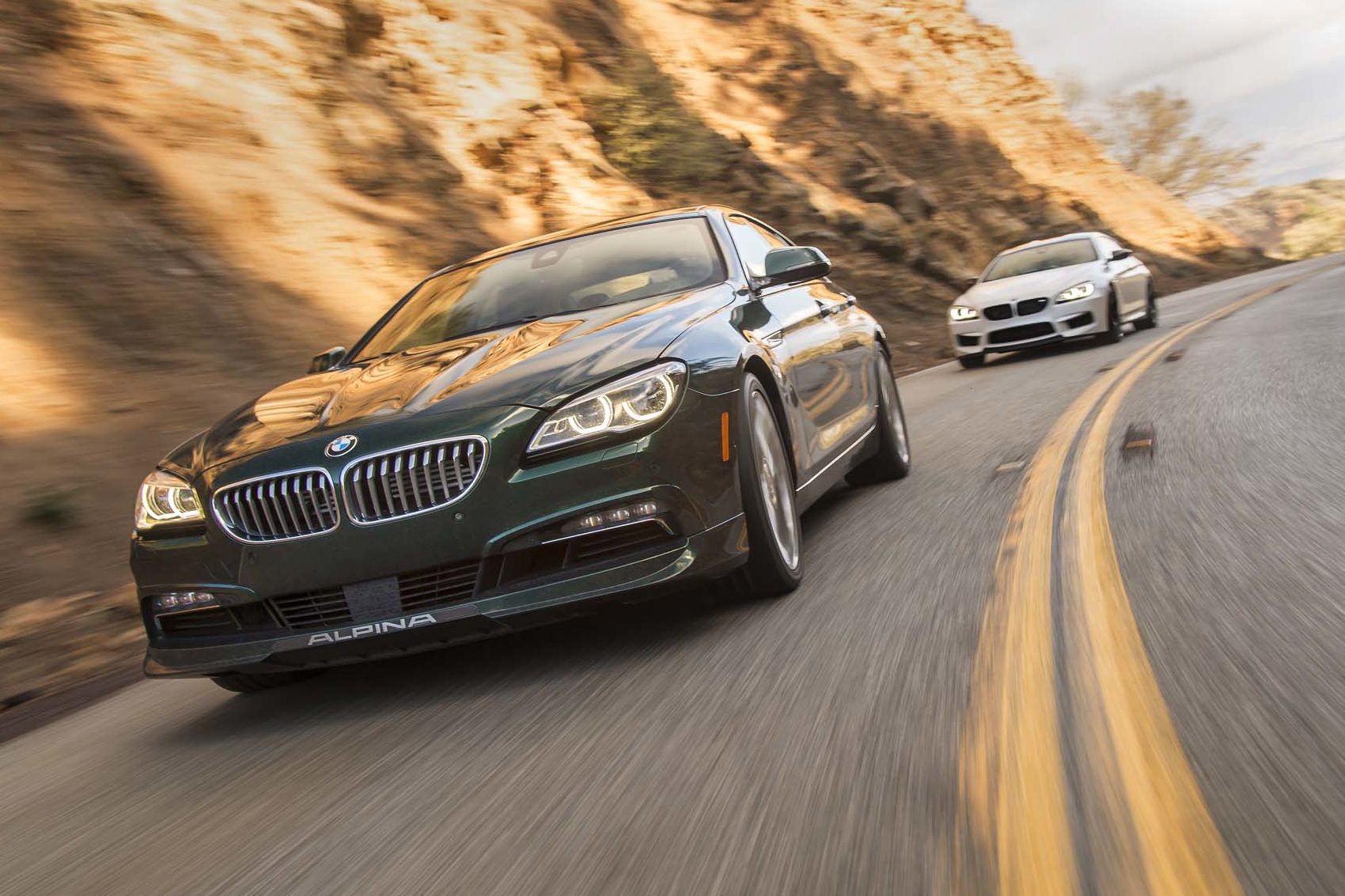 What’s Next for M?: Decoding the Future of BMW’s Performance Brand

Both the BMW M6 and the Alpina B6 are sold by BMW dealers and backed by full BMW warranties and service—even though M is BMW’s own in-house operation, and Alpina is a separate company. What’s going on?

“We are repeatedly asked whether M and Alpina are competitors,” says Frank van Meel, president of M GmbH. “We regard Alpina as a strategic partner and a complementation of our portfolio. While M models have a clear orientation toward dynamics, agility, and precision coupled with day-to-day suitability, an Alpina is an automobile for a very specific group of customers. The focus is on exclusiveness, individualization, and long-distance travel comfort.”

The distinctions between the two brands are carefully managed, van Meel insists, with BMW, M, and Alpina working together to determine which Alpina models are developed. But when Alpina cars start beating M cars in comparisons—the Alpina B3 has bested the M3 sedan in some European tests—then it’s reasonable to ask whether M is building the right sort of performance BMWs.

M was once the role model for an in-house performance brand. Its focus on performance and dynamics has been shaped by its role, over decades, as BMW’s race shop. “Any M car has to be track eligible, and it has to do well on the track, especially the Nürburgring Nordschleife,” says BMW North America chief Ludwig Willisch.

But while BMW has steadfastly refused to build an M7 version of the 7 Series sedan or an M8 version of the 8 Series coupe, their reasoning looked inconsistent when they rolled out the lumbering X5 M and X6 M SUVs. The current M6 also doesn’t seem aligned the brand’s old-school value of razor-sharp performance.

M also has seen its brand expanded to include the kinda-sorta-faster thrust of M Performance kits, as well as the look-but-not-feel appearance packages of M Sport. But van Meel says this has not diluted the M brand overall.

When standing next to the menacing next-generation M5—we signed a nondisclosure agreement from discussing further details—van Meel said there was “no blinking” when considering the sedan’s crucial mission. Needless to say, it’s a beast. Will it be enough to resurrect the purity of M? That’s yet to be determined.

Why the Tesla Model Isn’t Replicable – The Reference Mark