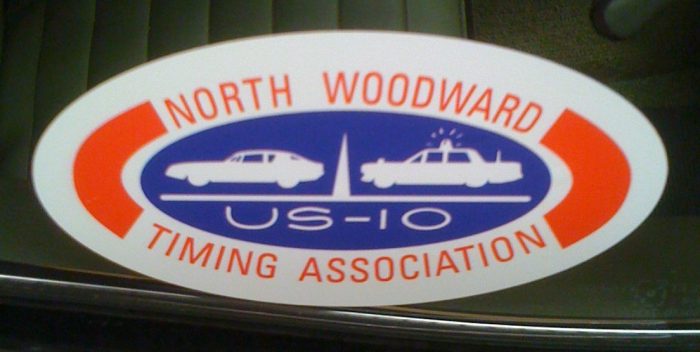 It’s no secret that in the 1960s and ’70s heyday of the muscle car, Woodward Avenue, which flows northwesterly from Detroit to Pontiac, Michigan, was the epicenter of illicit drag racing—often on the access roads of the yet-to-be-completed I-696 Freeway, but even between stoplights on the famed boulevard itself.

Return of the North Woodward Timing Association? Photo by the author.

The Woodward Dream Cruise has attempted to recapture the magic of cruising Woodward Avenue in the postwar years, but excessive displays of power like burnouts have never been encouraged due to safety concerns. For 2016, however, the City of Pontiac is exploring the possibility of a street-racing event to take place on August 19th, the night before the Dream Cruise begins.

According to The Oakland Press, officials from the Michigan Department of Transportation has approved the use of Woodward Avenue (state route M-1) for this drag racing, although approval from the Pontiac City Council is still pending.

The proposed drag strip would be adjoining the 87-acre M1 Concourse on the northwest corner of South Boulevard and Woodward Avenue, once the site of a General Motors plant, which is now being redeveloped into a motorsports venue.