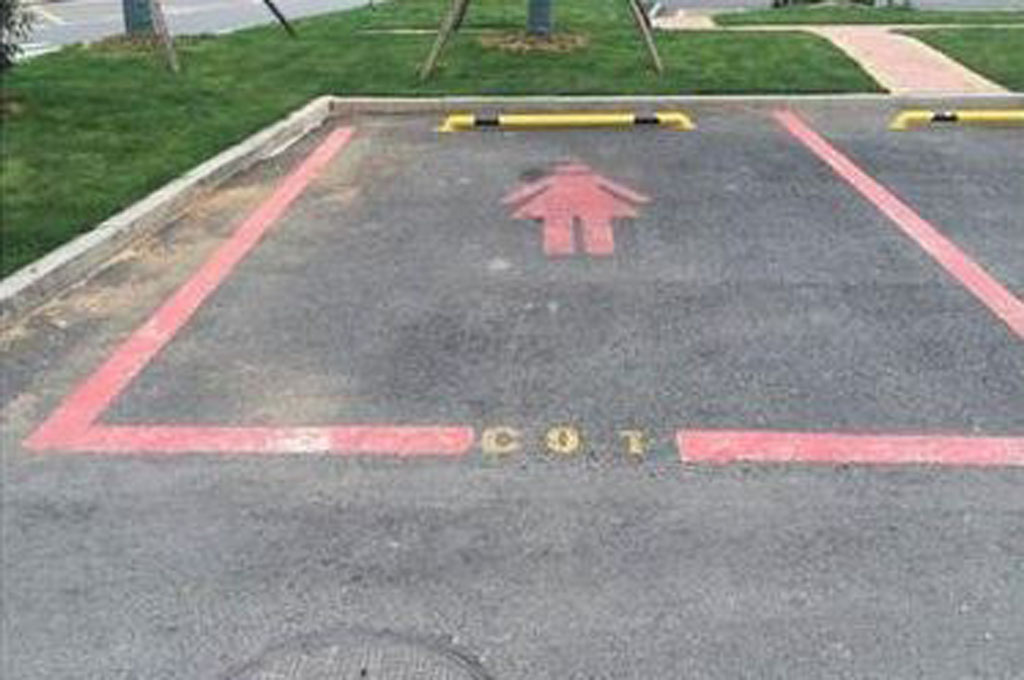 Chances are you’d jump at the chance to have a wider parking space if given the opportunity. But not if it came with the implication that you’re an inferior driver.

A highway service area in Hangzhou, China, has been offering extra-large parking spaces for women, reports the Los Angeles Times, citing a story from a state-run newspaper in China. The spaces, which are 1.5 times bigger than normal spots, are hard to miss thanks to their bright pink borders and pink female icons. Eight of the 370 parking spots on the site are marked for women.

“The bigger parking spaces are for women drivers whose driving skills are not superb,” Pan Tietong, the service area’s manager, told the Qianjiang Evening News. Wow.

In a survey on Weibo, China’s version of Twitter, 63.7 percent of respondents agreed with offering special parking spaces for women. But many other users on the site are crying foul, saying the spots are sexist because they promote the stereotype that men are better drivers than women.

This isn’t the only time we’ve heard of female-only parking spots. In 2014, a shopping center in China brought out parking spaces that read “respectfully reserved for ladies.” As the mall has children education centers inside, the extra-large spaces help female drivers drop off their children quickly by the front of the mall if they’re late for class, the manager said. Why they have to be marked specifically for women, we’ll never know. In the video below, though, many women at the time said they liked the idea of the female-only spots.

Are these gender-specific parking spaces sexist? Tell us in the comments below.