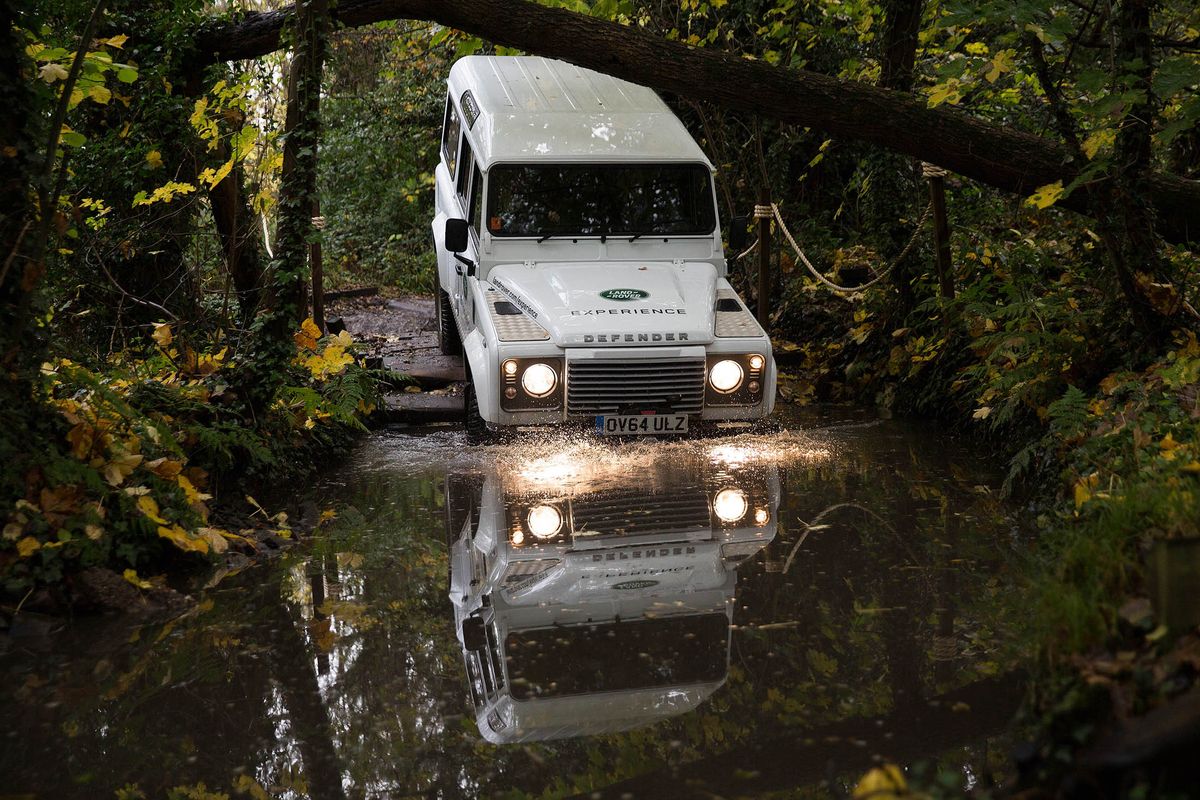 Your Car Could Cost Up to $17,000 More With the Proposed Border Tax

As Washington mulls a tax on imports, an auto industry study suggests the policy would deliver the sharpest blow to Tata Motors Ltd.’s Jaguar Land Rover while giving a leg up to Tesla Inc. and Ford Motor Co.

In what it calls a “thought exercise,” researcher Baum & Associates LLC estimates most automakers would need to raise vehicle prices by thousands of dollars – more than $17,000 per vehicle in Jaguar Land Rover’s case, which imports all its vehicles — to recoup higher costs incurred by a proposed border-adjusted tax. Ford, with significant domestic manufacturing, would need to mull the smallest price hike among major automakers, at about $282 per vehicle, followed by General Motors Co. at $995, according to the report.

The estimates aim to show the relative impact of the tax plan on each automaker, according to Alan Baum, the founder of West Bloomfield, Michigan-based Baum & Associates. Carmakers are unlikely to raise prices by more than a few thousand dollars per car and would also likely have to foot some of the higher tax burden.

“The plan results in a net cost for automakers,” Baum said by phone. “Each company will then make its own decisions on pricing in order to best compete and maximize its profits.”

Volvo and VW vehicle prices would have to rise by about $7,600 and $6,800 on average, according to estimates by Baum & Associates, which advises suppliers. President Donald Trump is said to be warming to the border-adjusted tax after initially viewing it as too complicated.

The proposal to begin levying companies’ imports and domestic sales and make exports tax-exempt would completely overhaul the U.S. tax code. General Electric Co. and Boeing Co. are among U.S. manufacturers getting behind the idea, while Toyota Motor Corp. and Wal-Mart Stores Inc. are among the corporate giants warning it will result in costlier products ranging from food and clothing to gasoline and auto parts.

The Baum & Associates report accounts for imports of both finished vehicles and parts for domestic cars that are made overseas. The one automaker that may be able to keep prices steady would be Model S sedan maker Tesla.

“Pure importers” such as Jaguar Land Rover, Volvo parent company Geely Automobile Holdings Ltd., Mazda and Mitsubishi are most “in the crosshairs” of a border-tax regime due to their total reliance on imports for their U.S. sales, the report said.

If the tax is put in place and the companies want to remain competitive, Jaguar Land Rover and Volvo "will need to ramp up U.S. parts sourcing and/or build plants here," the report said. "The border tax approach will otherwise consume all of their profits from selling vehicles here."

Volvo is already moving in that direction, with plans to assemble S60 sedans at a new factory in South Carolina starting in late 2018.

GM, Fiat Chrysler, Honda, Ford and Tesla each source more than 60 percent of their U.S. vehicle sales domestically, according to the report, with Ford at 82 percent and Tesla exclusively assembling vehicles in California.

If auto sales slow, the tax would create an incentive for automakers to keep U.S. plants running at the expense of those in Canada and Mexico. That could encourage Fiat Chrysler Automobiles NV to accelerate the conversion of factories in Michigan to build pickups there instead of Mexico, said Dan Luria, an economist at the Michigan Manufacturing Technology Center in Ann Arbor and the lead author of the Baum & Associates report.

Nissan Motor Co. might export more from Mexico to Latin American markets and less to the U.S. Volkswagen AG could build another U.S. assembly plant. Mazda and Mitsubishi, which rely entirely on imports to the U.S. market, may have to quit the U.S. market or pay other manufacturers to assemble their cars, Luria said.

In its current form, the proposed border tax could lead to the production of up to 1 million additional vehicles in the U.S. and 50,000 more jobs at car and part assembly plants, Luria said.

In a separate report Wednesday, Colin Langan, an analyst at UBS Securities LLC, said the proposed border tax could raise average prices in the U.S. by about 8 percent, or $2,500 per vehicle. That’s enough to reduce annual sales by about 2 million vehicles, he said.

Langan said he expects a draft bill to be released in late February or early March. He pegged the chances of a border tax being enacted at less than 50 percent. The tax has a good chance of making its way through the House of Representatives but is “very unlikely” to pass in the Senate, Langan said.