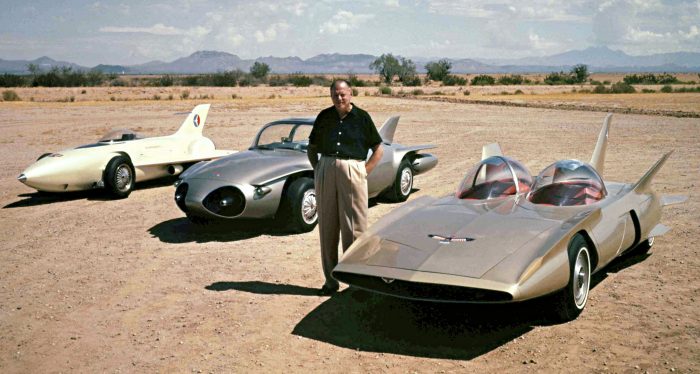 With almost 270 men and women among its ranks, the Automotive Hall of Fame has already recognized some of the automotive industries most significant pioneers, visionaries, and success stories, so the folks behind the hall decided to revisit almost 30 of them – including Corvette engineer Zora Arkus-Duntov and GM styling director Harley Earl – as celebrated alumni.

Introduced last year “as a way to recognize previously inducted individuals for their accomplishments,” according to the hall’s website, the alumni celebration focuses on hall members both living and deceased with induction anniversaries. Thus, this year’s celebrated alumni includes inductees from 1971, 1975, 1981, 1985, etc. through 2006.

That includes both Arkus-Duntov, the man considered the godfather of the Corvette who managed to turn it from a six-cylinder sports car pretender into a V-8-powered contender, and Earl, an automotive designer who became the first full-time styling director not only of GM but of any American car company. The hall of fame inducted Arkus-Duntov in 1991 and Earl in 1996; it then re-inducted Earl – the only member to be re-inducted – in 2013.