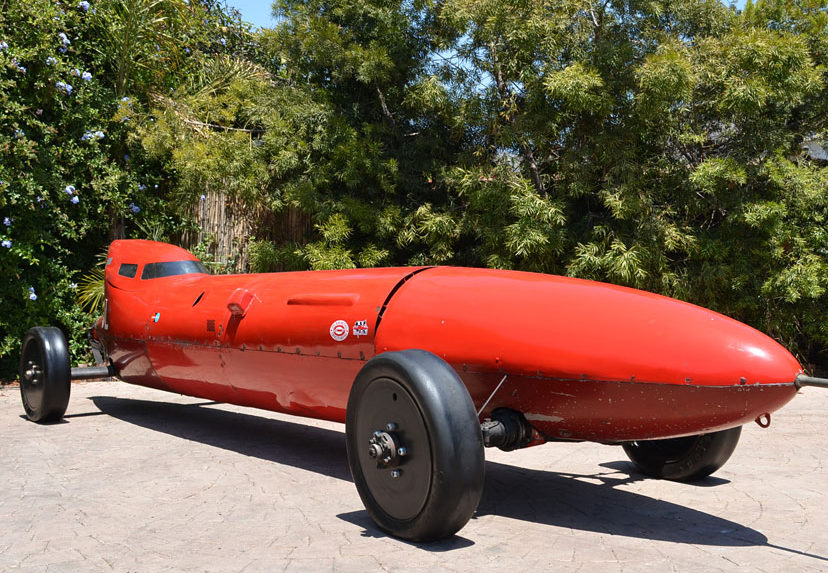 The builders, Jerry Silverstein, Julian Doty, and Arnold Birner, gave it the name after it was built to race in dry lake events in 1962. From the looks of it, we’re sure Something was built solely to cut through the air at crazy speeds. We’re not sure where to begin with this one. This car just popped up for sale on Bring a Trailer, and its name is “Something.” Seriously.

Raced until 1989 in SCTA sanctioned events, Something is equipped with a turbocharged four-cylinder Pontiac motor, which is attached to a three-speed transaxle that drives the front wheels. It’s also got a sweet interior with aerospace-style gauges and steering wheel. Other than that, it’s pure race car. No airbags, mirrors, or headlights.

Bring a Trailer goes on to say the body was “created from a surplus WWII aircraft drop tank, which has been augmented here with an extended tubular frame covered with custom-fabricated panels.”

The car hasn’t run since it went into storage in 1989, but is complete with its engine and body. The seller says that if restored, it can most certainly compete again in SCTA events. The seller put together a display frame with in-period pictures and time slips, one of which reads a 224.7 mph run in 1986.

The car is up for auction on BaT, with 7 days remaining. With a current high bid of only $500, we can’t really find a downside to owning this unique piece of racing history.

How do you price cars for sale?