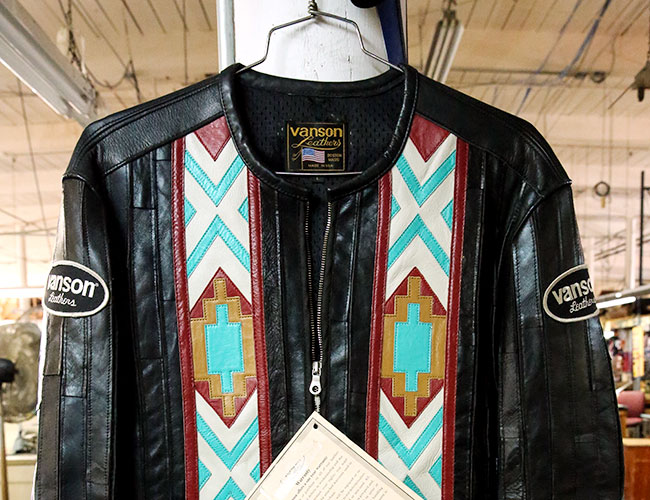 The American Motorcycle Jacket That You Need to Know

The gray stone facade is lined with rows of cloudy windows in varying forms of decay; from the street, it looks abandoned — like so many other turn-of-the-century buildings in northern industry towns. But walk through a yellow door in the rear of the building and you’ll find the bustling home base for Vanson Leathers, a 42-year-old brand known by motorcycle racers for making the toughest leathers on the market. The company took up residency in the historic building in 1987, and consolidated their production, warehouse and showroom into the 77,000-square-foot space. For Vanson, the passing years haven’t changed their methods, and the company continues to put out around 120 jackets a week, focusing on exacting methods that produce nearly indestructible garments. In a nondescript working-class neighborhood of Fall River, Massachusetts, an old four-story factory sits on a large gravel lot.

Michael Van der Sleesen founded Vanson in 1974. Van der Sleesen was working for a motorcycle dealer in France, and he noticed a demand for English-style leathers that exceeded current production. So, he reverse engineered a classic cafe racer jacket and, after finding a woman to stitch the leather, began selling his first jacket, the Model A. Then, in 1975, he traveled back across the sea, and set up a modern leather-production facility in Boston. The goal was to find innovation in both product design and business processes. Using early computers, Van der Sleesen wrote an enterprise-resource-planning software system for the growing company, and in the decade after founding, Vanson had gained over 10 patents, ranging from jacket ventilation to armor protection. Vanson’s focus on building the best jackets gained the company a loyal following both domestically and overseas, ranging from professional racers to weekend warriors. 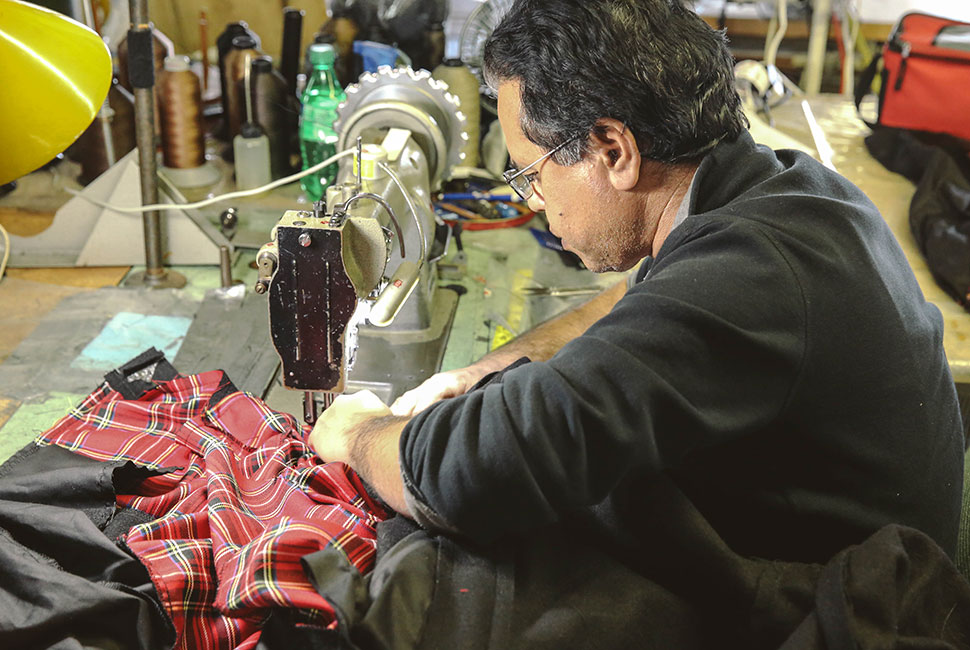 When first encountering a Vanson jacket, the quality is felt in hand. Vanson makes each jacket with drum-dyed top-grain cowhide — ranging from medium-weight Firenze cowhide (1.2mm thick) to competition-weight cowhide (1.5mm thick) — which is finished and waxed by hand. The jackets are stiff and heavy off the production line, their utility as a protective tool readily apparent. For decades, men and women from the community have been working at Vanson, in an open production facility above the showroom. “Fall River is a great town with a lot of tradition in apparel manufacturing,” said Constantine Xanthopoulos, the head of international sales at Vanson. “It is not the glorious pre-Great Depression days, but there are four to five mills that are still making great stuff. And, because of all the history, the know-how is still here and will stay alive for generations to come.”

On the first floor, a group of three pattern makers holds court in a spacious room, flanked by jacket samples. Because Vanson sells custom racing suits across the world, an international audience also grew interested in their ready-to-wear jackets. “Every year we collaborate with shops or brands around the world,” said Xanthopoulos. Vanson has made jackets for motorcycle shops like Union Garage, but they’ve also collaborated with notable fashion brands like Comme des Garçons (who they’ve worked with for over eight seasons). Though Vanson’s products are rooted in function, their restrained designs and reputation for indestructibility have made them covetable as wardrobe staples. Of the brand’s first jacket, the Model A, Xanthopoulos noted, “It looks great, it is made like a tank and it works. As with everything Vanson, it only gets better with age.”

The Vanson showroom features a range of top-tier motorcycle apparel and archival racing suits, scuffed and creased from years of use. And though the town of Fall River is an eye witness to the slow decline of American manufacturing, Vanson Leathers stands in understated opposition. Continuing to make some of the best leather jackets in the world, the company is an integral part of the local community. Xanthopoulos notes, “Working at Vanson is really like being part of a family.”