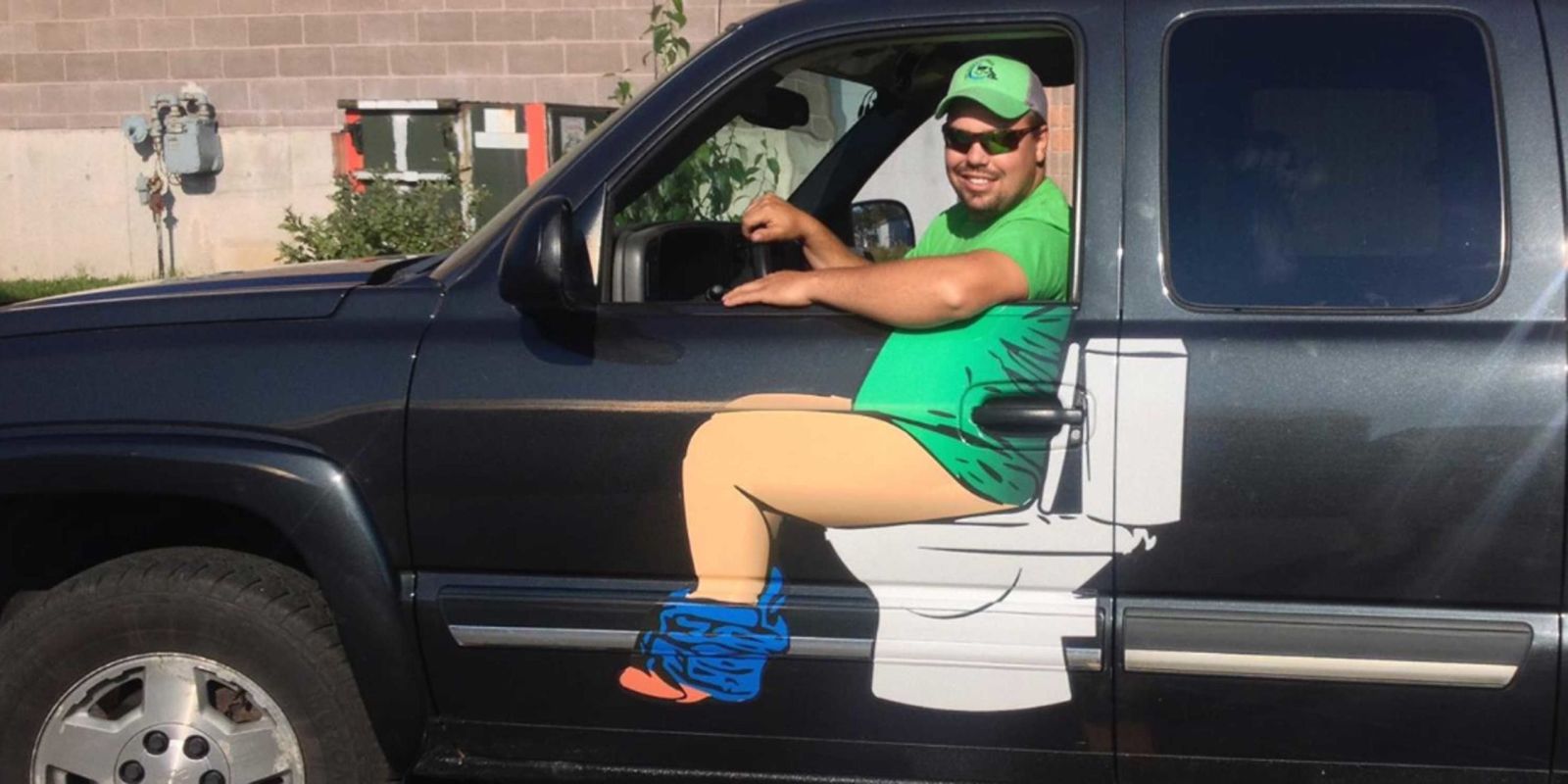 Nick recently started a new Sault Sainte Marie, Ontario-based company called The Sault’s Plumber, and he needed to get the word out there to potential clients. Instead of taking out an ad in the local paper or handing out flyers, Nick decided to let his truck do the talking. With the help of a local sign store, Classic Signs, he developed a hilarious, on-brand logo.

Brilliant, right? The photo of him in his truck has since been shared all over the internet, officially putting his new business on the map. His company’s tag line isn’t too shabby either: “We’re fast, not half fast.” Well done, Nick!