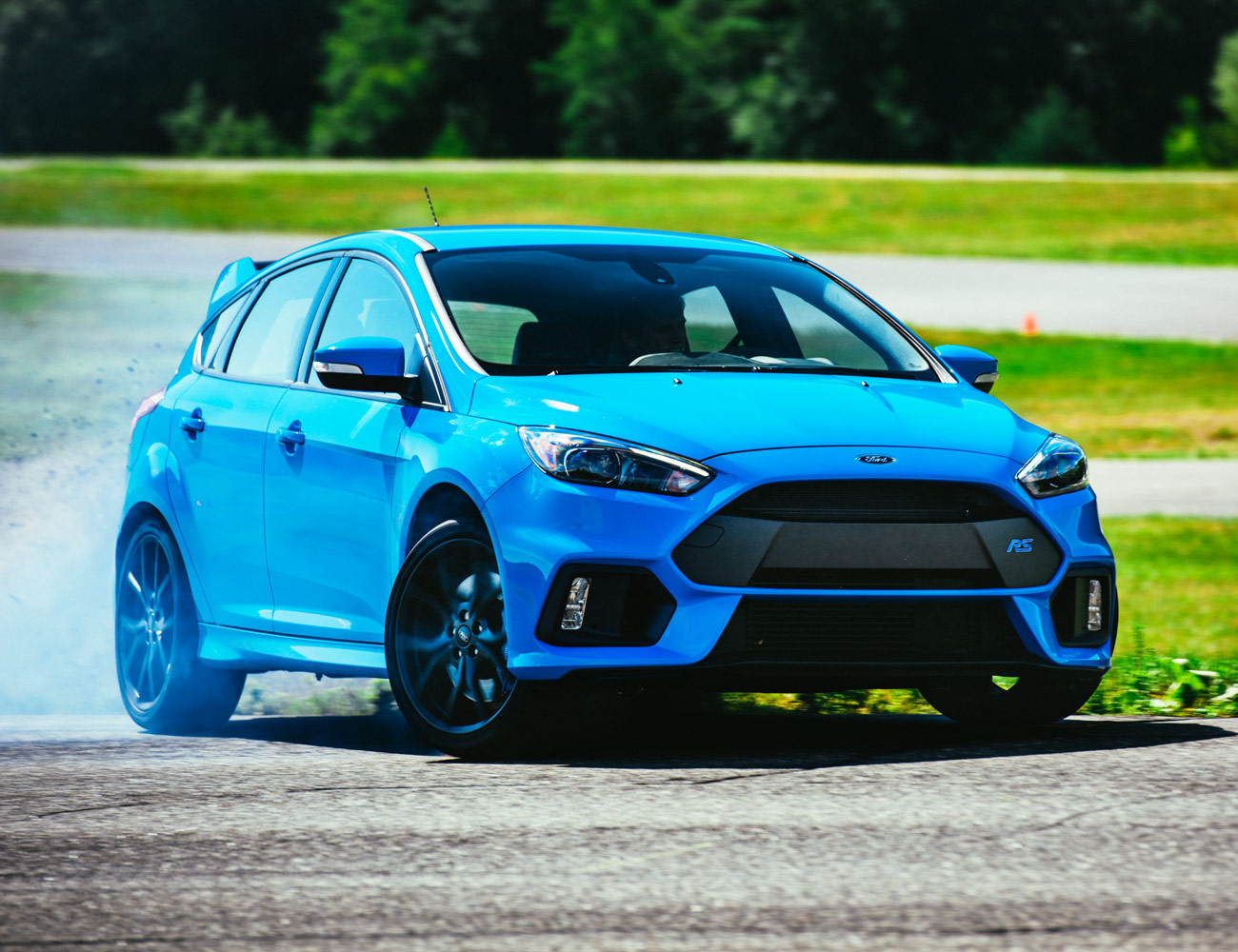 You don’t have to look hard to realize that Ford is that twinkle shining through at the minute. The company had the gall to bring back America’s supercar, the GT, with an efficient, downsized turbo engine, eventually dominating its class at this year’s 24 Hours of Le Mans. Ford went and replaced the old V8 in the new F-150 Raptor with that same EcoBoost mill. The new Mustang comes with “Line Lock,” an incredibly childish but wildly amusing track app that helps you do burnouts. But most recently, the Focus RS’s bonkers “Drift Mode” has become a star in the car world. Which is why I put it to use painting Lime Rock Park’s autocross track in a thick coat of hot rubber. 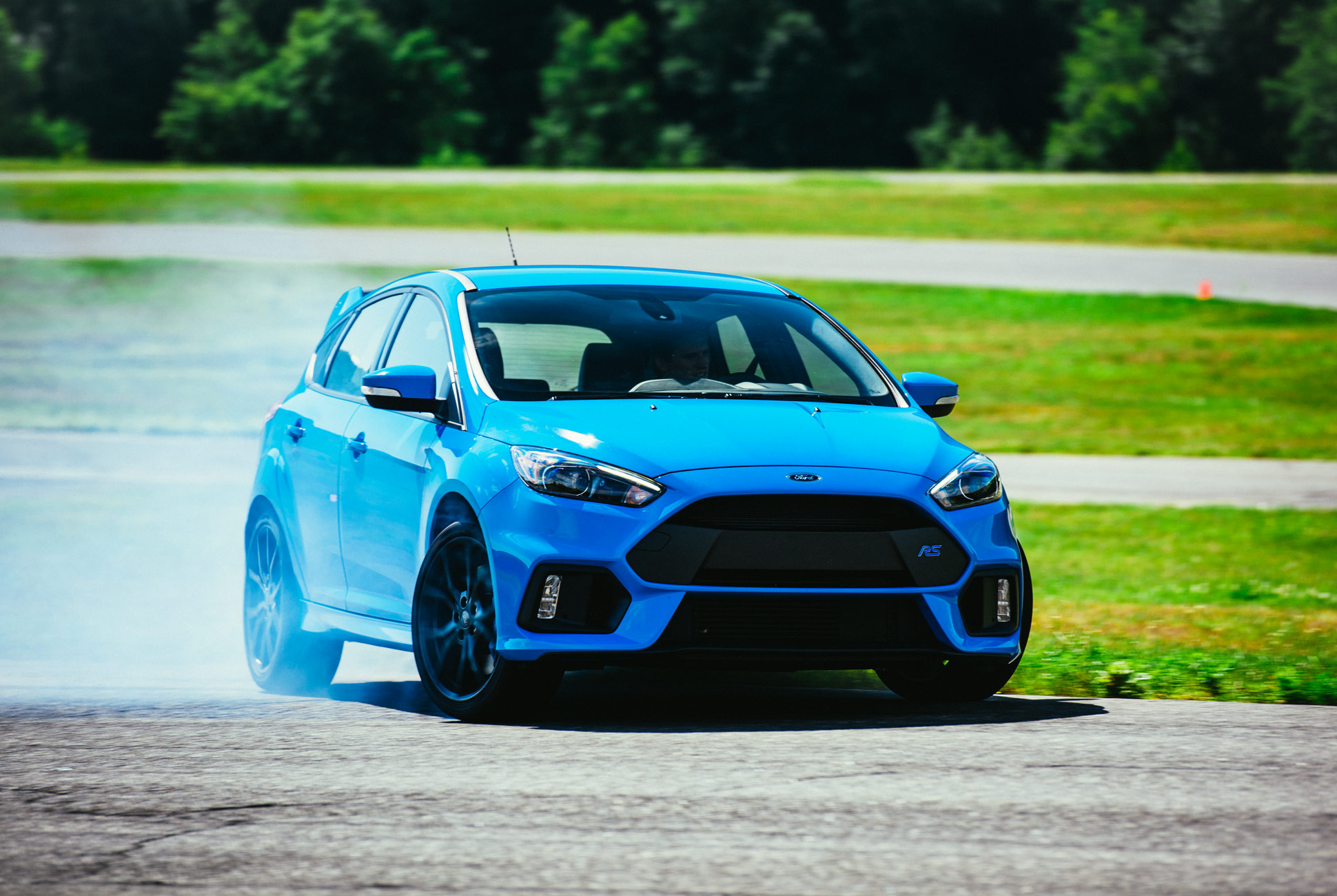 If you’re the sort who believes everyone’s individual tastes should be catered to or that offending even one person is unacceptable, may I suggest the Honda Civic? Because what Ford is doing is the automotive equivalent of walking around giving everybody the middle finger. Right now, in Australia, there is a campaign to get Drift Mode banned (ironic, seeing as how their country coined the term “hooning“). But that’s not going to stop the rest of the world from enjoying purpose-built tire-shredding technology that Ford specifically engineered for the RS so that even average drivers could get their Ken Block on (within the confines of a closed track, of course).

Even when the Focus RS is going through turns facing the right direction, whether around town or on track, it’s still an incredibly fantastic little car. The other driving modes (Normal, Sport, Track) make the hatchback as sensible or as sporty as you want it to be, reinforcing why the RS has become such a fan favorite. But it’s Ford’s approach to performance cars that sets them apart at the moment. The EcoBoost-powered supercar and monster truck, the easy-burnout muscle car, the drift mode family hatchback — these are crazy realms no other manufacturer is touching. Sure, there will always be lap times to squabble over, but Ford seems to be out on the field less to win and more to simply have fun. And that couldn’t be more obvious than in the RS, as I’m sliding sideways, simultaneously roasting all four tires in a $1,700 trail of smoke, leaving black streaks across Lime Rock Track with a smile across my face — driving it as it was intended.