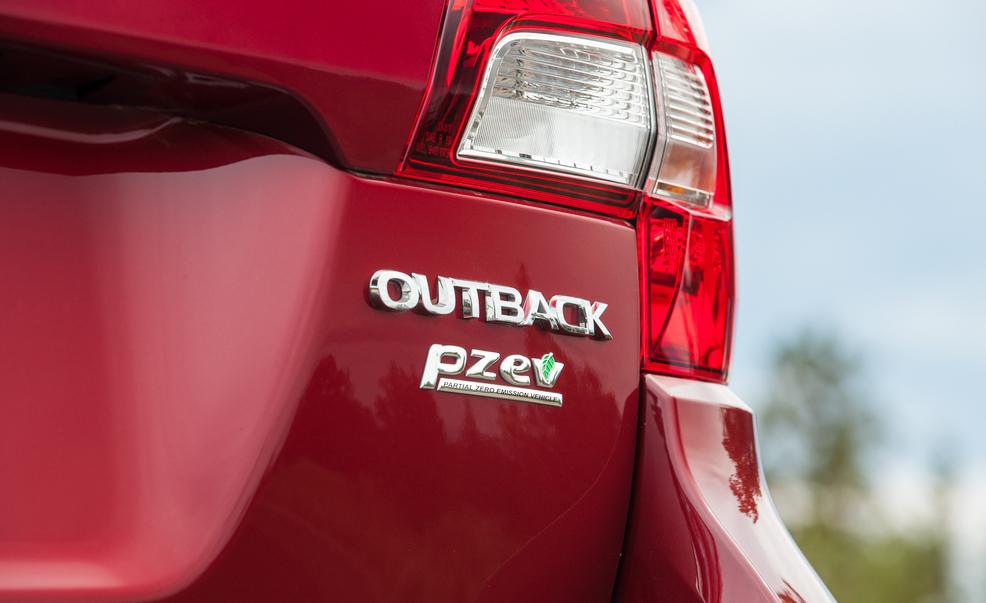 The Green Cars You Never Hear About

You’d hardly know it as little as automakers talk about it, but you don’t need to buy a car with an electrical plug or one that runs on home-brewed bio-diesel to drastically cut emissions. You can buy a normal car with a normal internal-combustion engine that still generates less pollution than mowing your lawn.

It’s a Partial Zero-Emissions Vehicle (PZEV), and dealerships near you are selling them right now, quietly. The qualifier “partial” means the vehicle meets the emissions limits for a Zero-Emissions Vehicle (ZEV), such as an all-electric or hydrogen fuel-cell car, but it doesn’t “force technology” forward by commercializing a more radically different technology like pure electric propulsion.

Walk around certain neighborhoods in America and you’ll see lots of Subarus with a PZEV badge on the back. Every 2016 Honda Civic is a PZEV. So is every Mazda6. So what is this classification of cars, and if it’s so good, why aren’t we talking about it?

The California Air Resources Board (CARB) created the PZEV category in 1998 as part of the state’s vehicle emissions laws, which at the time were stricter than the rules at the federal level. In 1998, electric cars and battery tech weren’t what they are now. But, a Honda spokesperson tells PM, “we could meet the same emissions with an internal combustion engine as a battery-electric when taking into account the upstream power plant emissions.” As Dave Barker, Subaru’s energy and environmental activities manager, tells us, “tailpipe emission standards for our PZEV vehicles are approximately 80 percent lower than the standard for our counterpart vehicles.”

They’re also easier to make. Creating a hybrid or pure EV version of a car requries significant changes to the design, such as carving out room for battery clusters and redoing suspensions to fit wheel-hub electric motors. Creating a non-hybrid PZEV is less disruptive. These cars have the same engines and transmissions and are built on the same platforms.

There are three unique components in the fuel systems, and one in their exhaust, that makes a PZEV:

Anti-Permeation Fuel System Liners. When fuel system components get saturated with gasoline, they leak gas vapor through the outer surfaces, letting it evaporate into the air. So, engineers building PZEVs line the insides of fuel caps, fuel hoses, seals, gaskets, and plastic fuel tanks with layers of low-permeability polymers such as ethylene vinyl alcohol to keep fuel from soaking through. This stops off-gassing as the vehicle sits unused. “If you’d have walked around a parking lot in California ten years ago you could smell gasoline,” Honda says. “Today, not so much.”

Carbon Canister Scrubbers. Temperature swings from day to night can cause gasoline to evaporate past the fuel cap and into the atmosphere. Refueling also forces gasoline vapor out the system and past the gas pump nozzle. To capture gas before it reaches the air, a car fixes a canister of activated carbon (carbon that’s processed to be more porous) in the fuel-filling line from cap to gas tank. The canister traps most of these hydrocarbons, which the engine destroys by pulling them into the combustion chamber. Even so, the canisters still leak small amounts of vapor. PZEVs add an auxiliary scrubber canister of honeycomb-shaped carbon that captures 95 percent or more of the vapor leaking out the primary canister.

Carbon Air Intake Trap. After you shut off an engine, fuel vapor remains in the combustion chamber and intake manifold. That vapor evaporates, and like with the carbon canister, a filter of activated carbon grabs outgoing hydrocarbons before they can make it into the surrounding air. Newer designs are using a metal honeycomb filter spread with zeolite, another porous filter mineral.

Close-Coupled Catalytic Converters. Catalytic converters are part of any fuel-powered passenger vehicle sold today. Exhaust gases pass from the engine through the converter, which is lined with precious metals such as platinum, palladium, and rhodium. These convert much of the pollution gases into less harmful gases.

PZEVs mount two catalytic converters closer to the engine than a conventional design does. Emissions are dirtier when a car first starts up and the converters are cold; the engine’s radiating heat brings close-coupled converters up to operating temperature more quickly. After the converters the two pipes converge into one, and exhaust passes into a third catalytic converter under the passenger cabin. This third converter cleans up nitric oxide and nitrogen dioxide, two building blocks of smog and acid rain.

To be clear, PZEVs reduce emissions that lead to problems like smog. You’re still burning gasoline that contributes to woes like the greenhouse effect. Honda puts it this way: “PZEVs are valuable for reducing pre-cursors to smog-forming emissions (such as carbon monoxide, nitric oxide and nitrogen dioxide [both NOx], and nonmethane organic gases[NMOG]), which is a local phenomenon … They do not reduce greenhouse gases, which are not local but rather global. … A typical EV generates 258 milligrams of NOx and NMOG per mile on the U.S. electrical grid or 120 milligrams per mile on the California electrical grid, roughly nine times and four times the PZEV level. Of course, as the grid gets cleaner, so too will (EV) emissions.”

So why haven’t automakers made every fuel-powered car a PZEV? Money, for one thing. “It often requires very expensive hardware,” Subaru’s Parker says. (Subaru charges customers an extra $300, though the automakers tend to be evasive about exactly how much it adds to the cost of a car.) For a long time PZEVs were sold only in a few California and CARB-compliant states. But since more states have adopted CARB standards (the current count is 17), it’s gotten easier to buy PZEVs in non-CARB states too.

In a way, it’s going to get even easier. The PZEV classification ends after the 2017 model year when the industry will begin working PZEV technology into all cars sold nationally to meet the Environmental Protection Agency’s phase-in of the Tier 3 Vehicle Emissions and Fuel Standards Program. Already it’s becoming typical to make PZEV a car’s standard configuration rather than a CARB-specific option.

“Last year more than 70 percent of our sales were PZEV vehicles,” says Subaru, which sells them in every state. There are 25 non-hybrid PZEV car models on sale right now and another 14 hybrid PZEVs. Take a look at the EPA’s chart. The category goes away, but by 2025 all cars sold in America will be PZEVs.