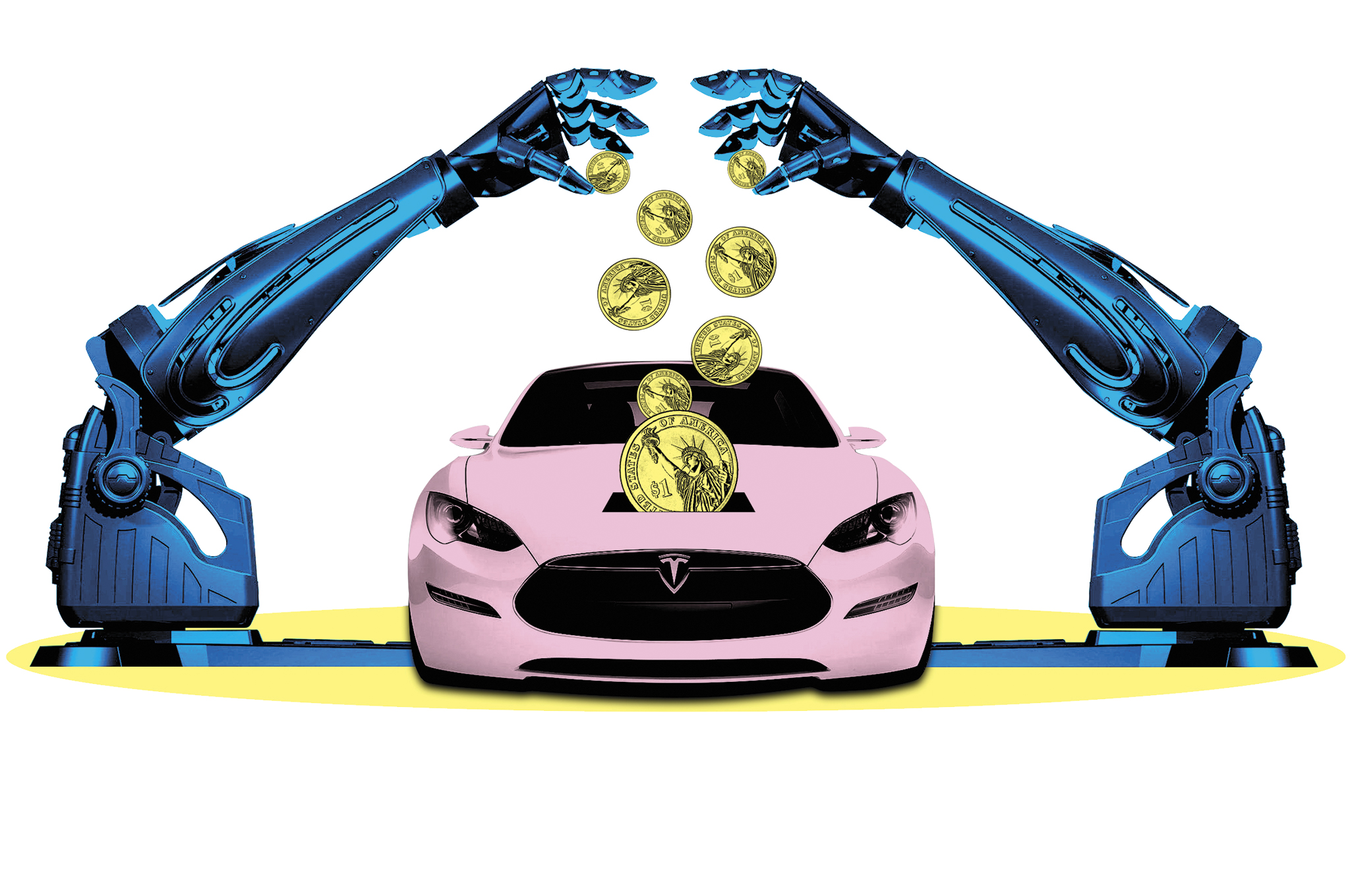 Why the Tesla Model Isn’t Replicable – The Reference Mark

Now that Tesla has successfully (so far) made a proper run of building and selling electric vehicles in mass quantities, there are several nascent alt-fuel automakers promising similar dramatic leaps in technology, product offerings, and sales goals. Among them are Faraday Future and Lucid Motors, and others wait in the wings.

If you read Frank Markus’ column about how we might build cars in the future, you know that 3-D printing could provide low-volume automakers with a lower-cost method of manufacturing parts that would ordinarily require hundreds of millions of dollars in tool and die machines. But those costs are relative in a larger-scale picture.

Tesla’s ability to manufacture cars was largely a result of CEO Elon Musk’s fortuitous timing of having capital and leverage when every automaker was slashing costs during the recession.

Essentially, Tesla acquired the ability to become a car manufacturer at 2 percent of the sticker price. It didn’t need chunks of startup capital to get going because it had the floundering auto industry at its mercy in negotiations. Those ingredients aren’t present in today’s economy and industry.

Today, $1 billion is the penny ante to get into the high-stakes automotive game, and that’s just to get a factory and hire a team. Double that to include R & D costs to create your first platform, lure in a supplier network, pass crash and emissions tests, and design a car people might actually want to buy in volume. There’s also brand-launch marketing expenses and the cost of a retail and service network to sell and service the cars.

Then there are the nonmonetary costs, such as Tesla having the advantage of being the first mover in large-scale EV assembly and having an iconoclastic CEO who fans of green cars could cheer for as brand ambassadors. It still takes more than a bucketful of Chinese venture capital to make the magic happen.

If one of these upstarts fails, it won’t be the first time a would-be automaker runs smack into the massive wall of capital required to compete. In 1946, billionaire Henry J. Kaiser announced to the Detroit hierarchy that he was going to spend $50 million (about $620 million in today’s dollars) to launch his own car company, prompting one Detroit curmudgeon to mutter the notorious phrase, “Give the man one white chip,” referring to the smallest bet in poker.

The curmudgeon was right, too. Although he made some great cars, Kaiser was continually undercapitalized until he sold the company for a song to Willys-Overland. (For a more thorough recounting of Kaiser’s failure and its lessons, read The Reckoning, by David Halberstam, a classic dissection of the automotive industry.)

Remember, Musk made this statement as Tesla was barely rolling cars off the line. It was three years before Tesla planned to ramp up production by a factor of 10, from 50,000 units a year to 500,000. Even Musk admitted Tesla could still crash out of the business if it doesn’t get its long-term planning straight or if established automakers swallow the EV business. And yes, mass volume is required. Anyone who thinks he or she can win a niche game by spending less to sell a few hundred high-priced, hand-built vehicles a year hasn’t talked to the folks who’ve worked at the myriad failed low-volume exotic car companies.

Somehow folks got the idea that building cars was easy, that all these idiots in Detroit just needed a brace of newfangled Silicon Valley thinking. You know, iPhones with wheels. It sounds ever so familiar to Kaiser’s hubris.

What’s Next for M?: Decoding the Future of BMW’s Performance Brand