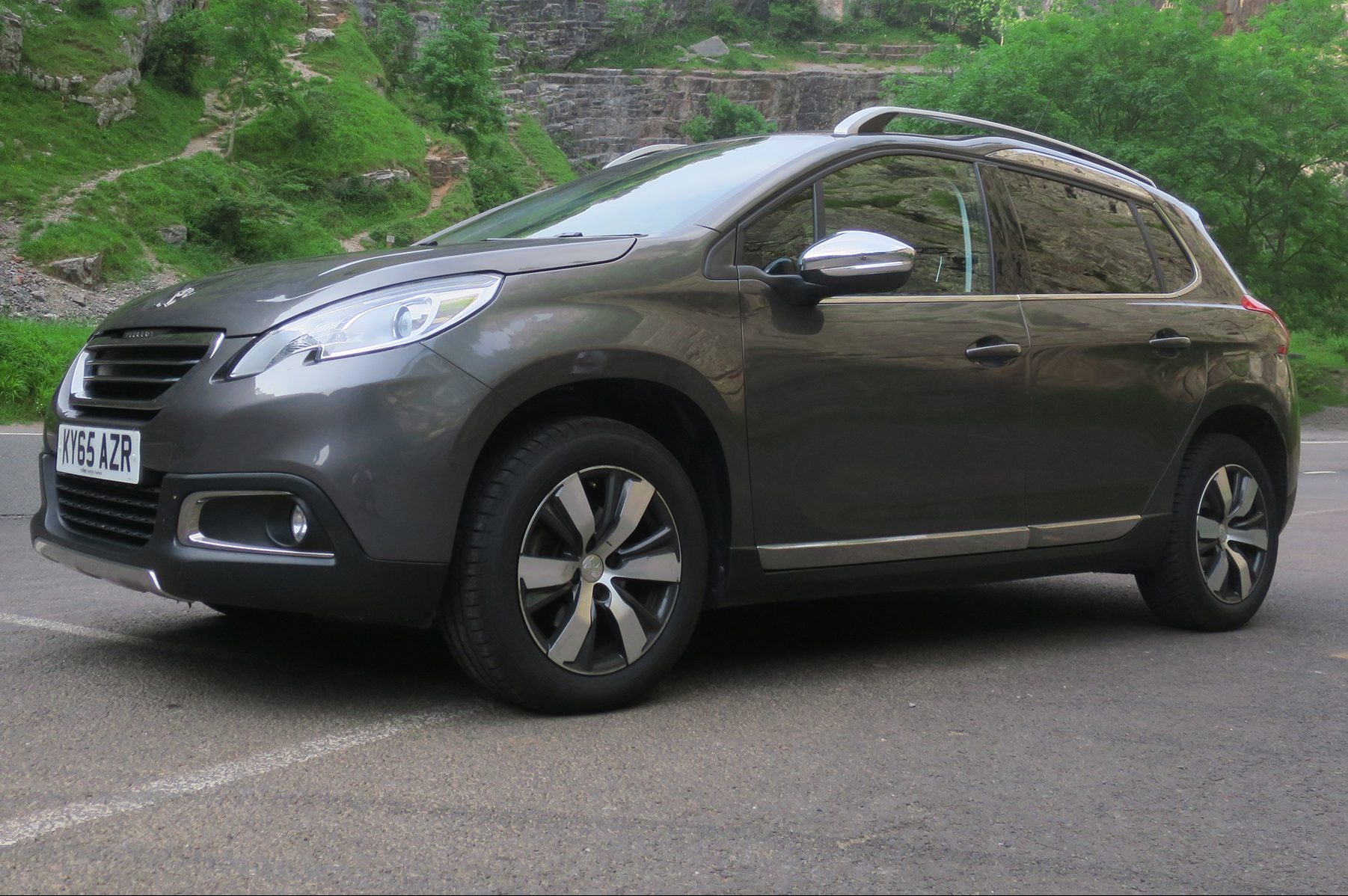 In March, PSA Group boss Carlos Tavares declared that the health of his Peugeot and Citroën brands had recovered so well that they could contemplate international expansion to countries such as the U.S. and Iran (!). Yes, mes amis, monsieur Tavares reckons that within 10 years we could begin to see the first Citroëns, DSes, and/or Peugeots washing ashore at Atlantic sea ports. French product planners will surely struggle to understand a market their company abandoned in the 1990s, but Motor Trend wants to help. So we acquired a Peugeot in England to assess the brand’s current fitness for American consumption and to suggest potential areas of improvement. We selected the 2008, Peugeot’s entry in the globally red-hot B-class crossover market. This so-called “urban crossover” entered the market in 2013, so its replacement is probably on the drawing boards now, and its planners and designers have no doubt been scurrying to Americanize it since the boss’s March declaration. So we hereby present four attaboys and eight constructive criticisms to assist them in their task. 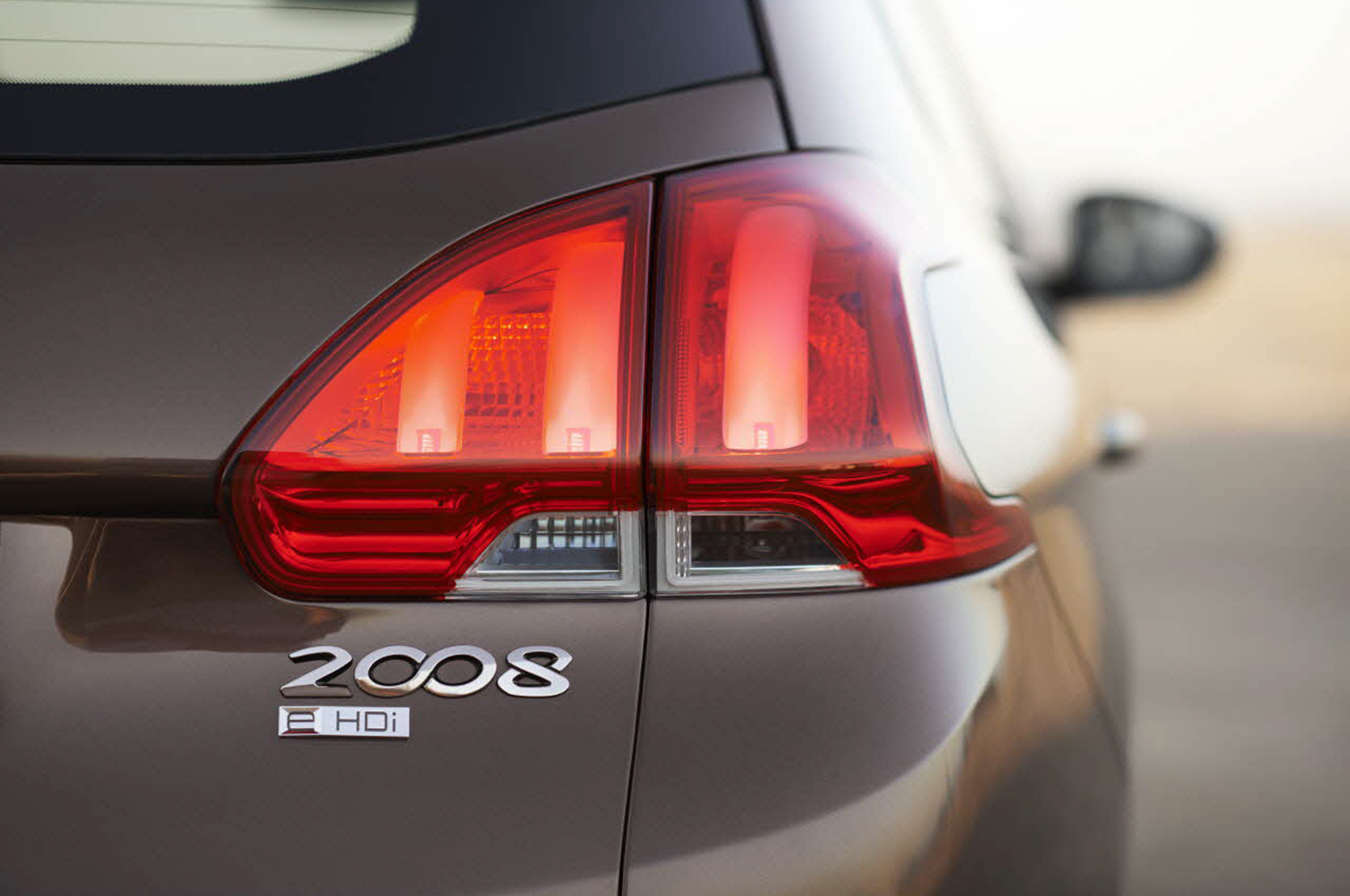 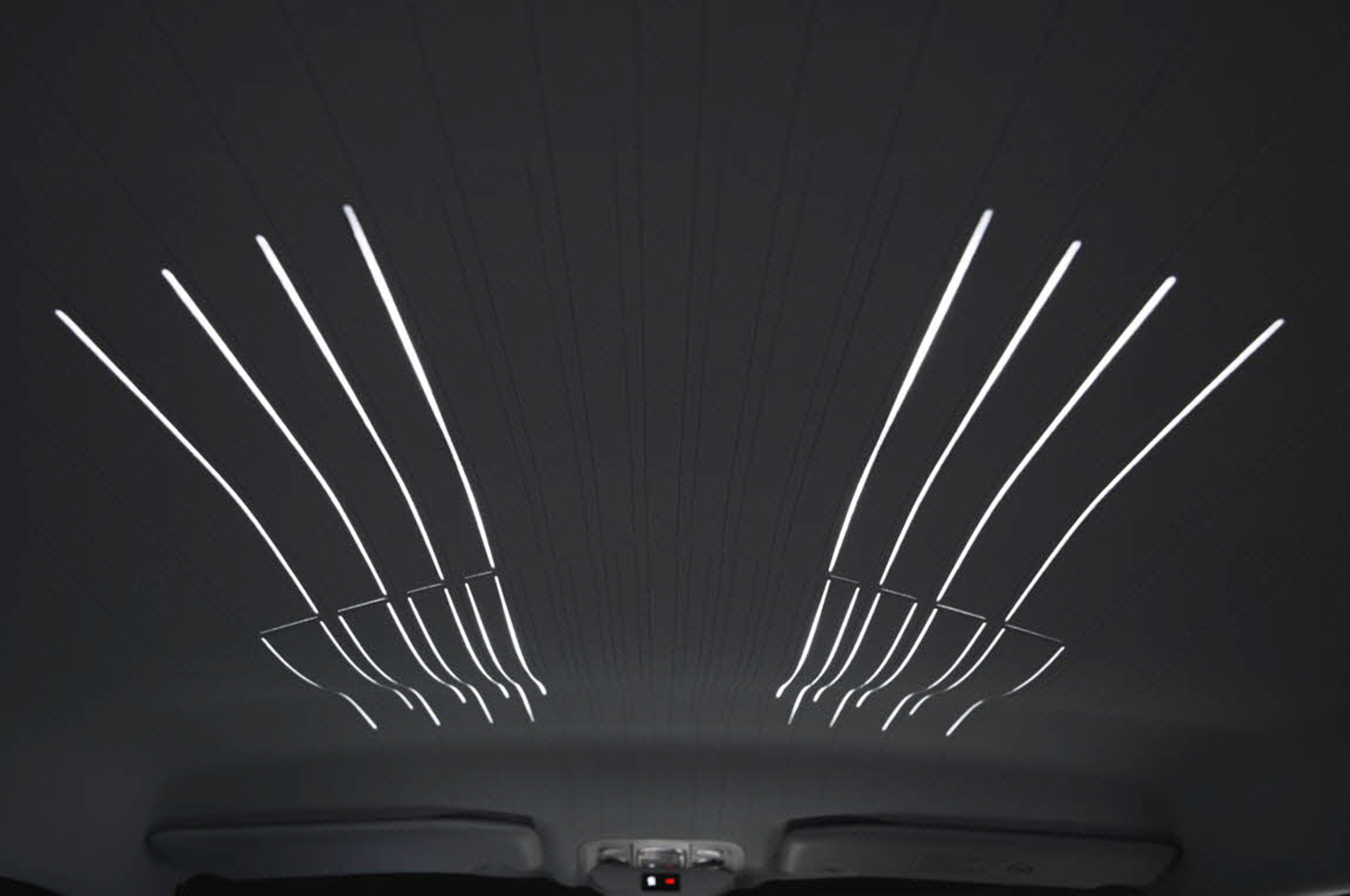 If you want ambient light coming from your headliner, you can buy a Rolls-Royce and add the starlight option—or order this Peugeot! Rather than stars, it offers little lines, but they’re pretty cool. 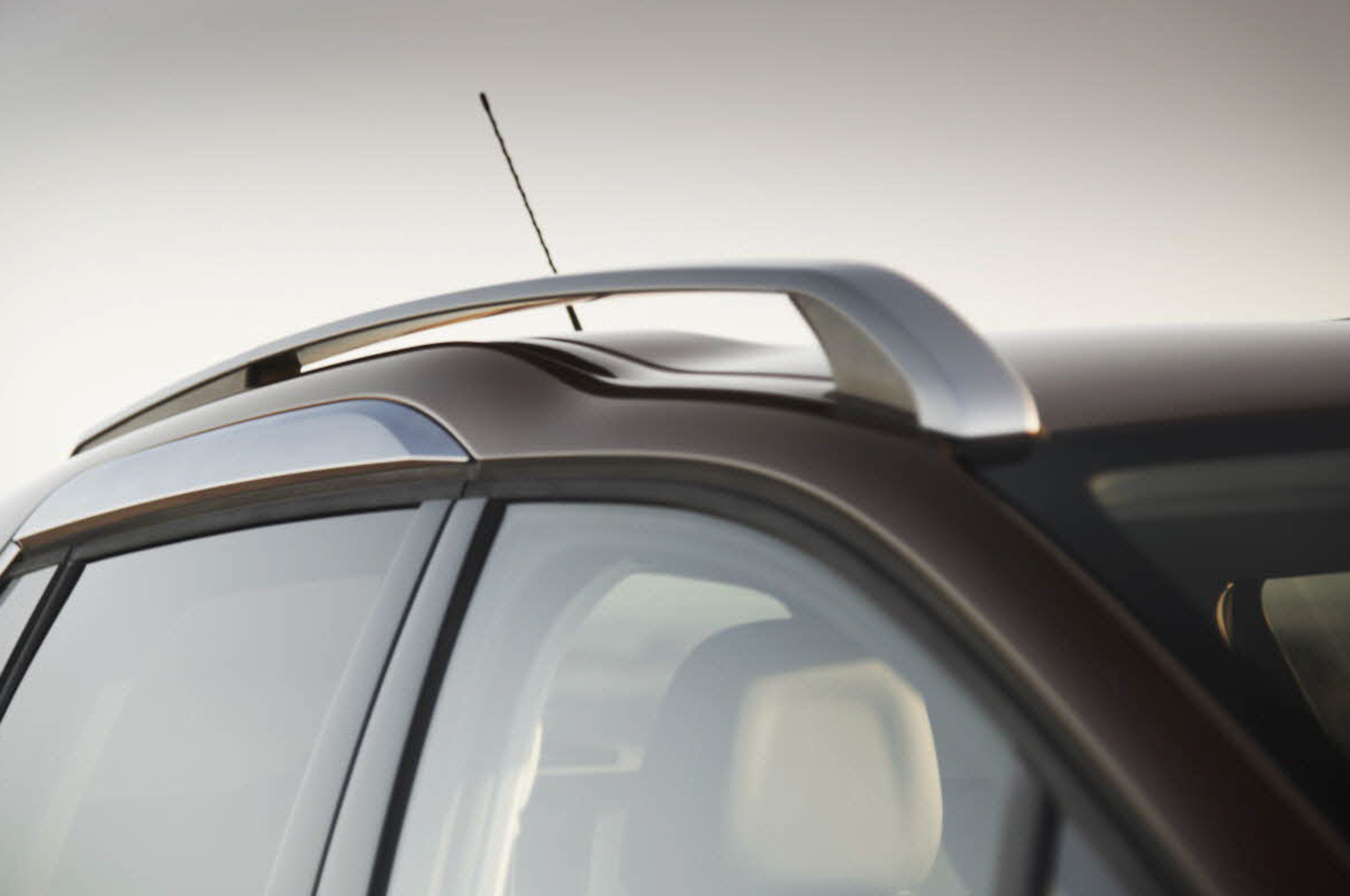 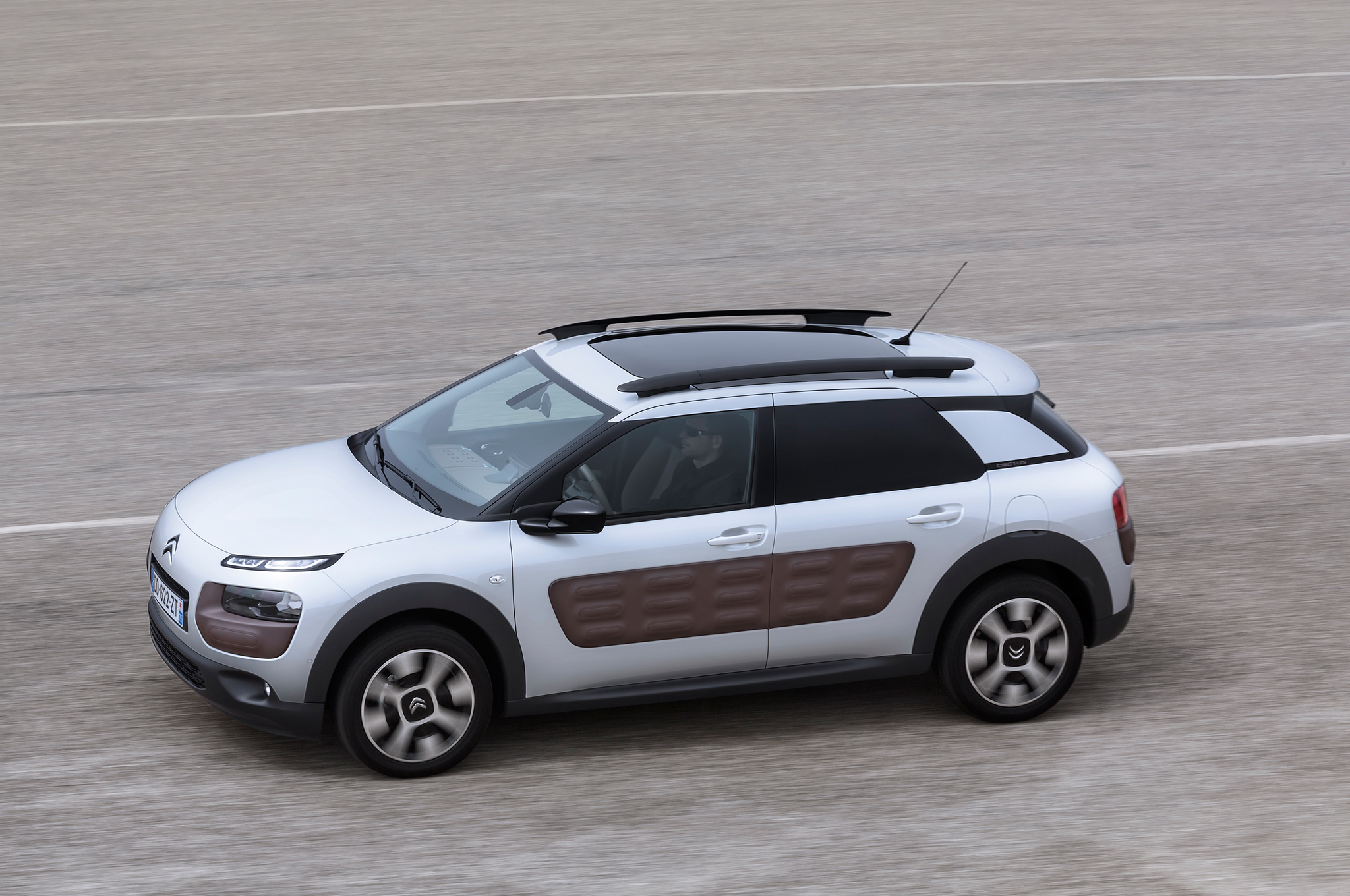 Perhaps the coolest thing about the 2008 is that it shares its PF1 platform with the kooky Citroën C4 Cactus, presuming your idea of kookiness includes giant rubber shower mats stuck to the sides to ward off door dings. (They actually work, functionally and aesthetically.) 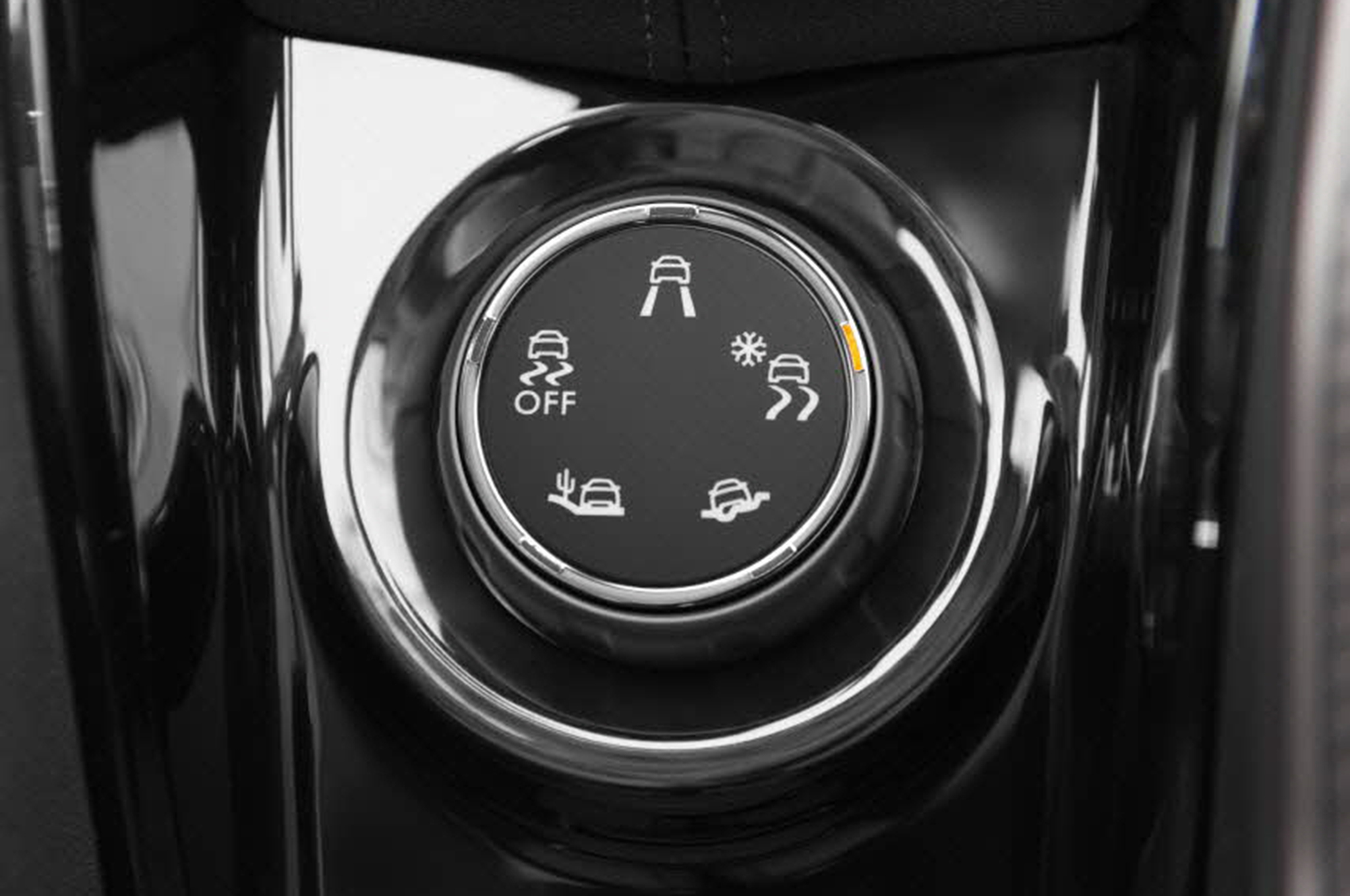 It’s all well and good to look the off-roady business with ground clearance, faux skidplates, and that “Grip Control” terrain-response-y looking dial on the console that just tailors the traction control to different surfaces, but to sell CUVs in the northern U.S., you’d better send a driveshaft to the back.

Europeans might go for that tiny steering wheel and gauges all located above the rim look, but we Yank types tend to hate it—especially when the fat steering wheel spokes, sized to accommodate some radio and infotainment controls, utterly and completely obscure any view of the cruise control stalk. I had to have my passenger tell me where the buttons were, as it’s only visible from that seat or when turning sharply one way or the other. 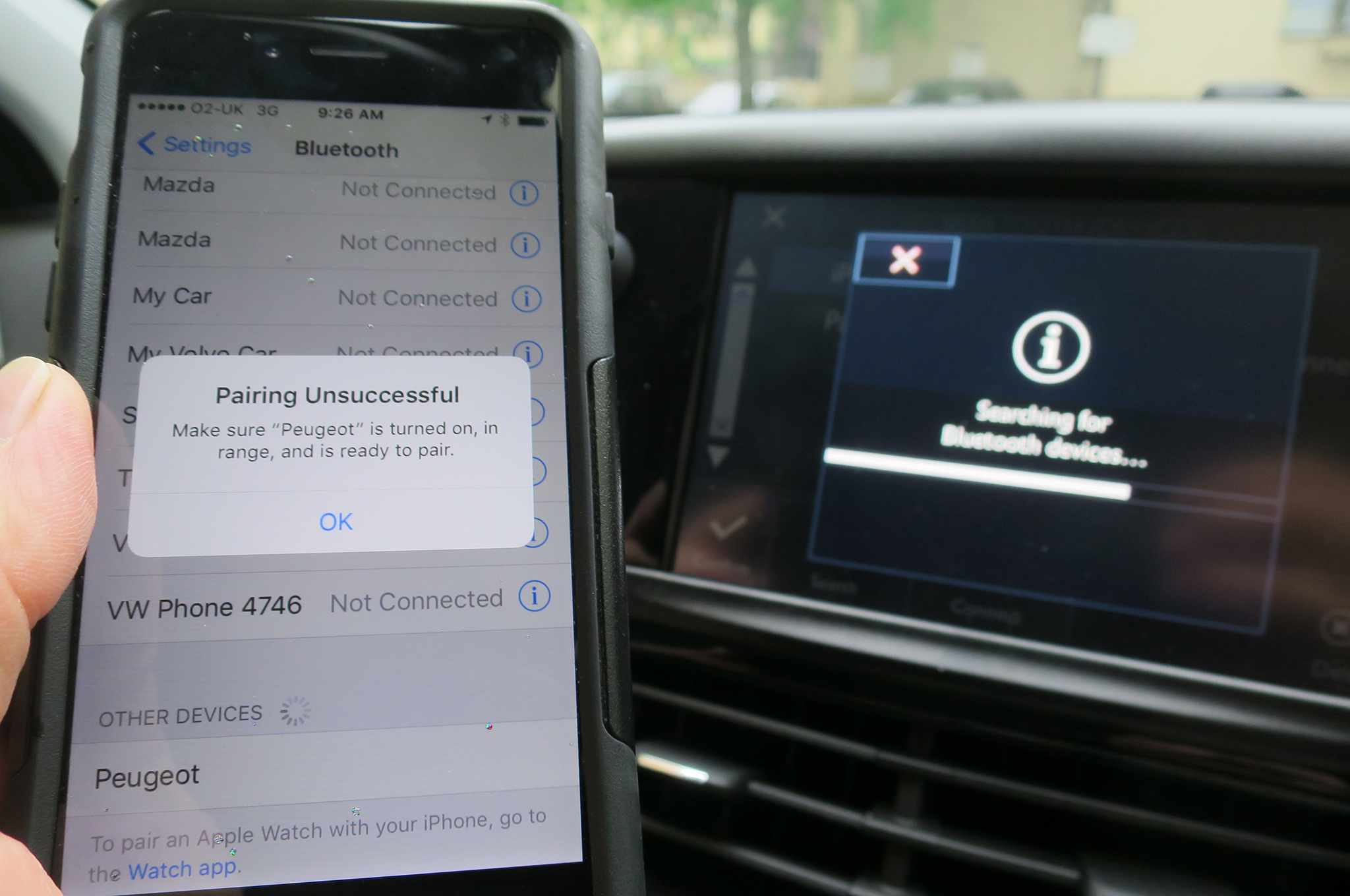 C’mon, France. Pairing a phone has become painless, but your quaint system had trouble finding an iPhone that instantly located the Peugeot, and it then demanded a code be typed in to the device and the car. Very 2008. 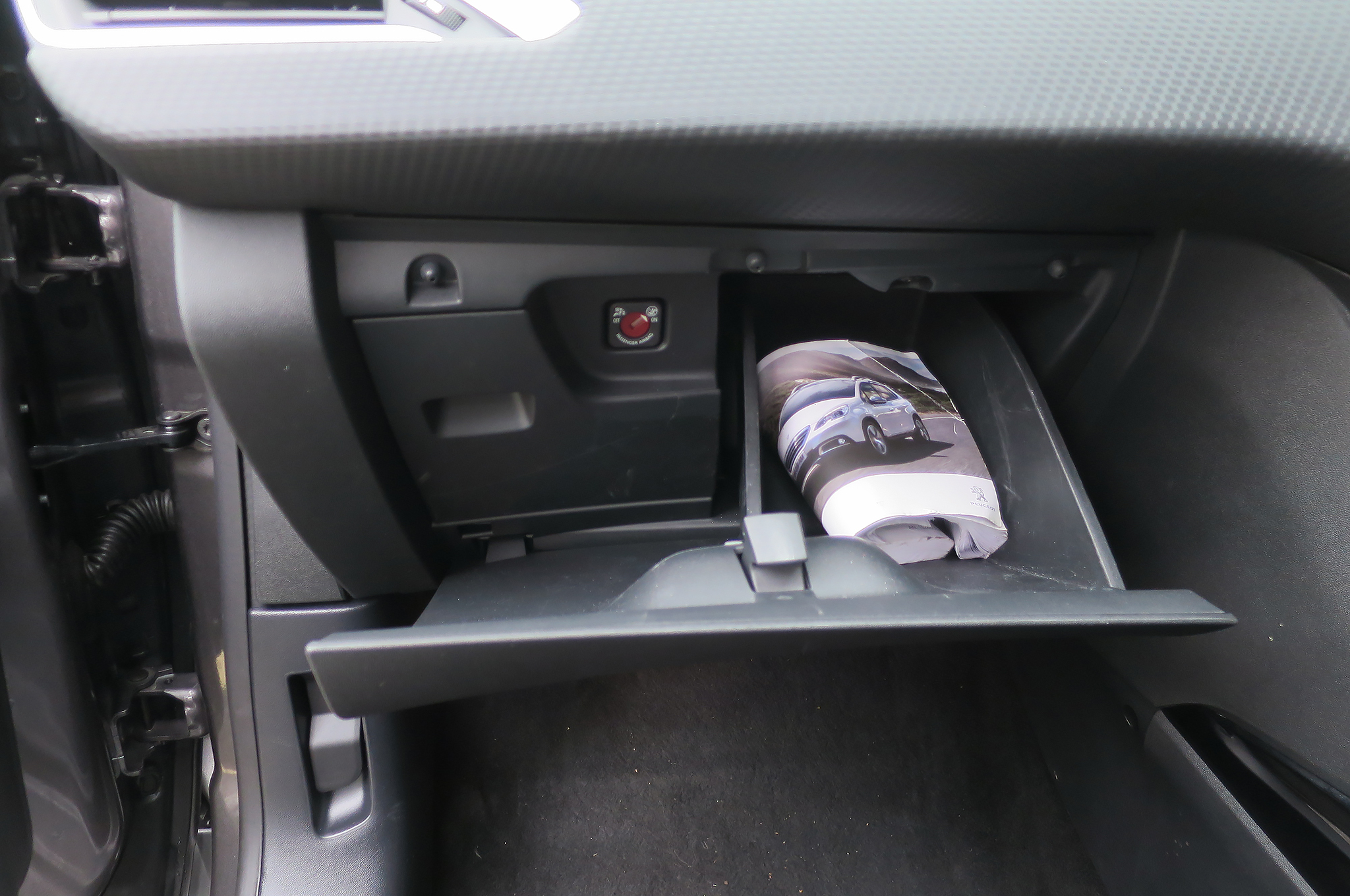 What’s with the 14-inch-wide glovebox door attached to a bin less than half that size? It’s way too small to accommodate the owners’ manual, let alone a pair of gloves. Everything’s bigger in America—especially our gloves and our indignation at false advertising. 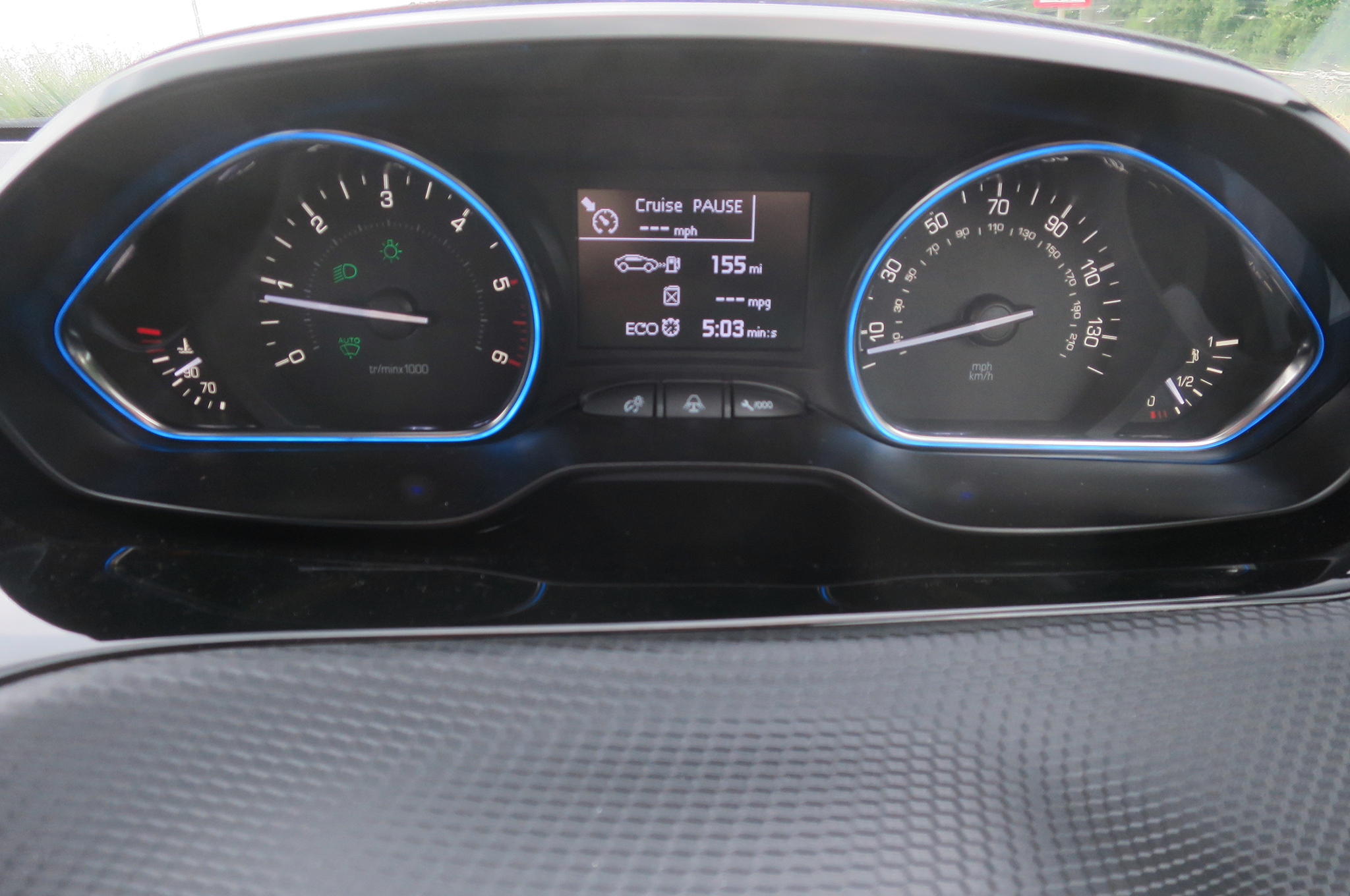 Peugeot seems inordinately proud of a feature we’re all taking for granted these days. It touts it on the instrument cluster’s welcome screen and provides an ECO stopwatch counter to monitor the number of minutes and seconds the engine has switched off during a journey. Expend more effort making the start/stop event unnoticeable, and show us average fuel consumption where the quiet-time clock currently lives. 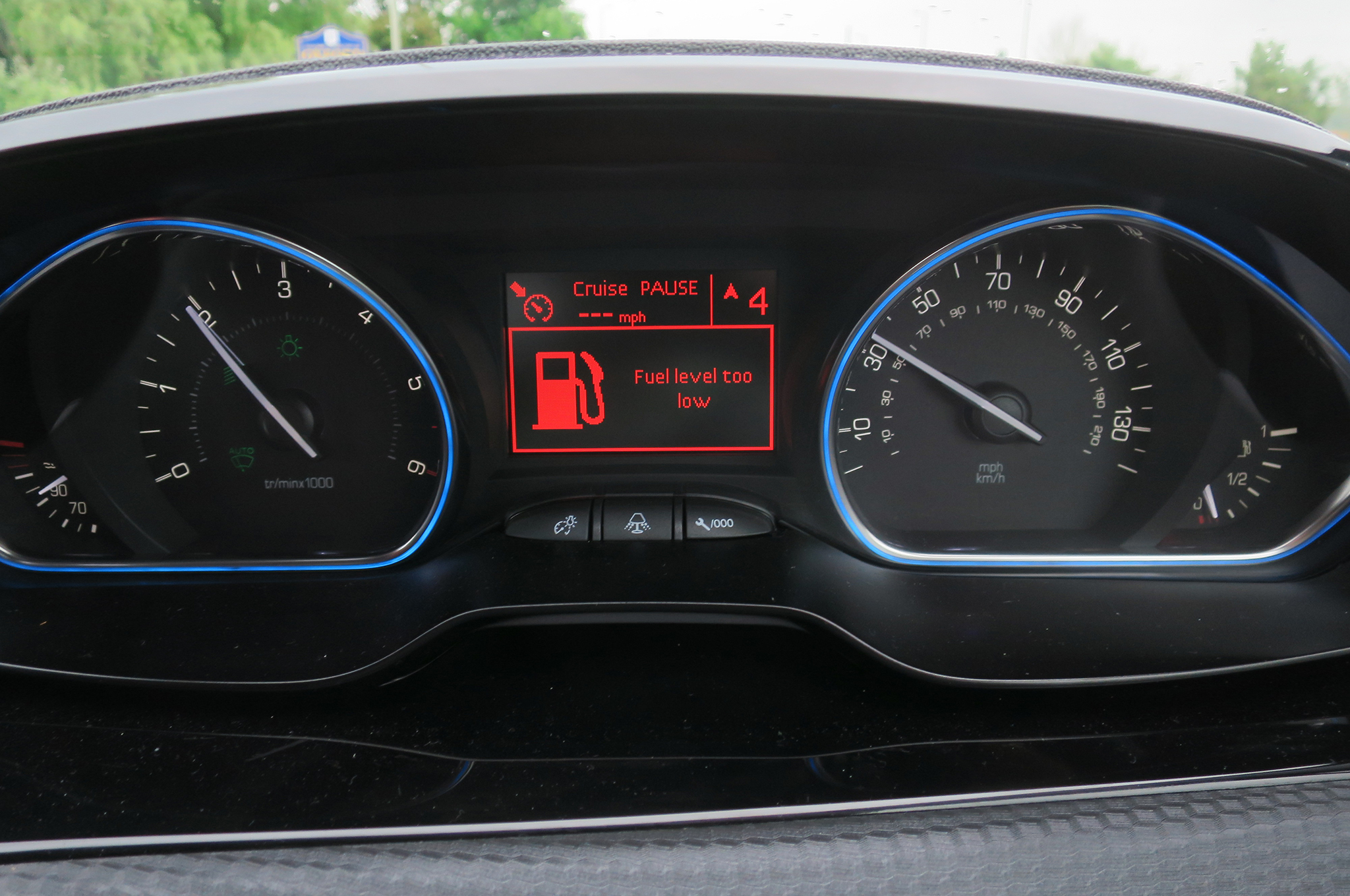 Where most cars warn of low fuel in a small idiot light, this panicky Pug feels the need to exclaim “Fuel Level Too Low” in a bright red warning box. And when the urea diesel-emissions fluid tank runs low, a similarly alarmist edict flashes every few minutes warning that engine restart will be prevented in X miles. We get it! And we’d prefer a more Keep Calm and Carry On approach, merci. 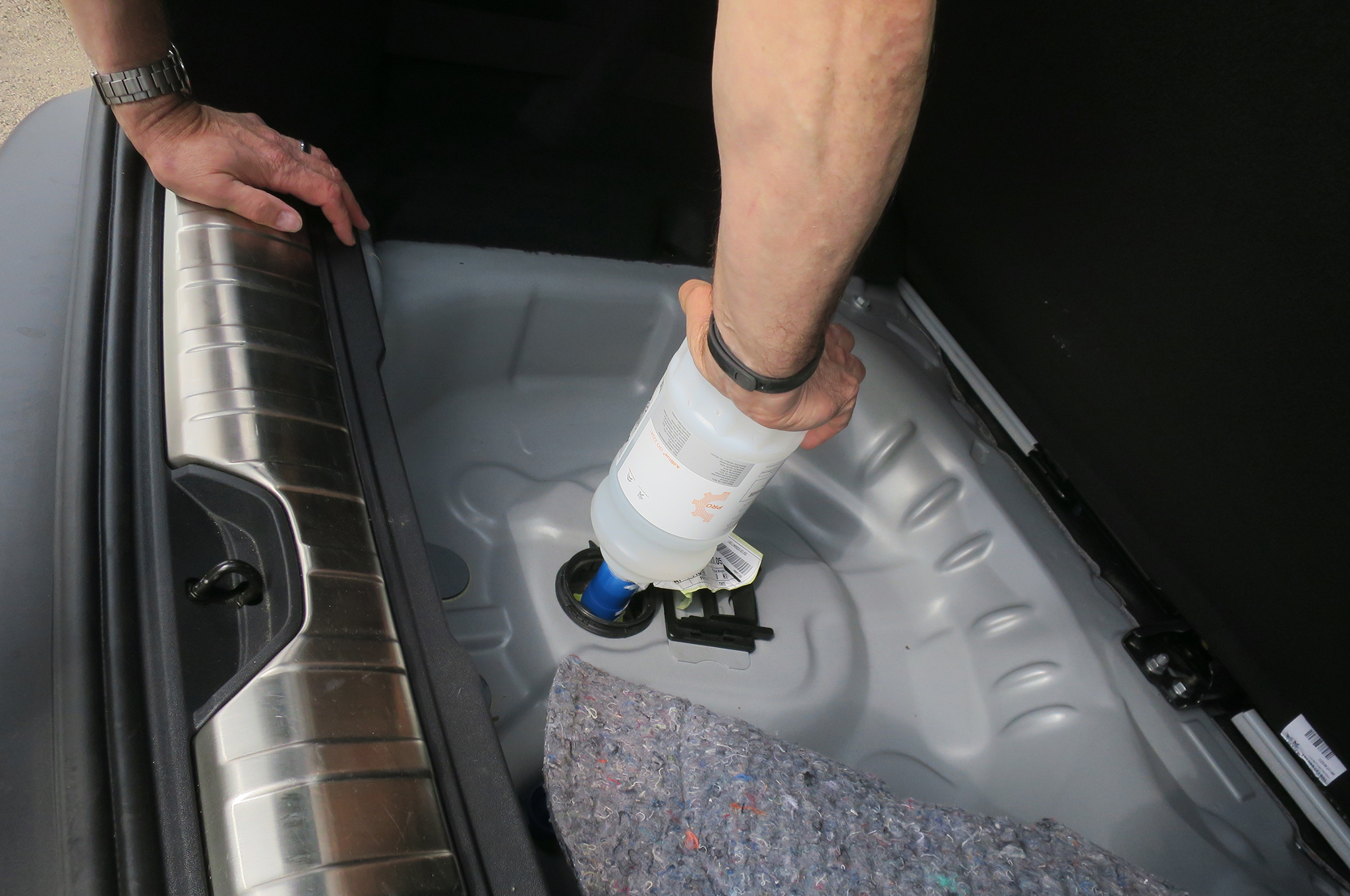 The diesel fuel range in our 1.6-liter seems adequate, indicating high 400s to 500 miles right after filling up. It’s the urea tank that needs upsizing to suit the high speeds we run stateside. Our range plummeted quickly enough to prompt pitting at the dealer, and after we filled the urea tank, it listed the range at 3,100 miles. Not far enough in great big ’Murica. Also, under the spare tire ain’t the most convenient spot for frequent refilling. 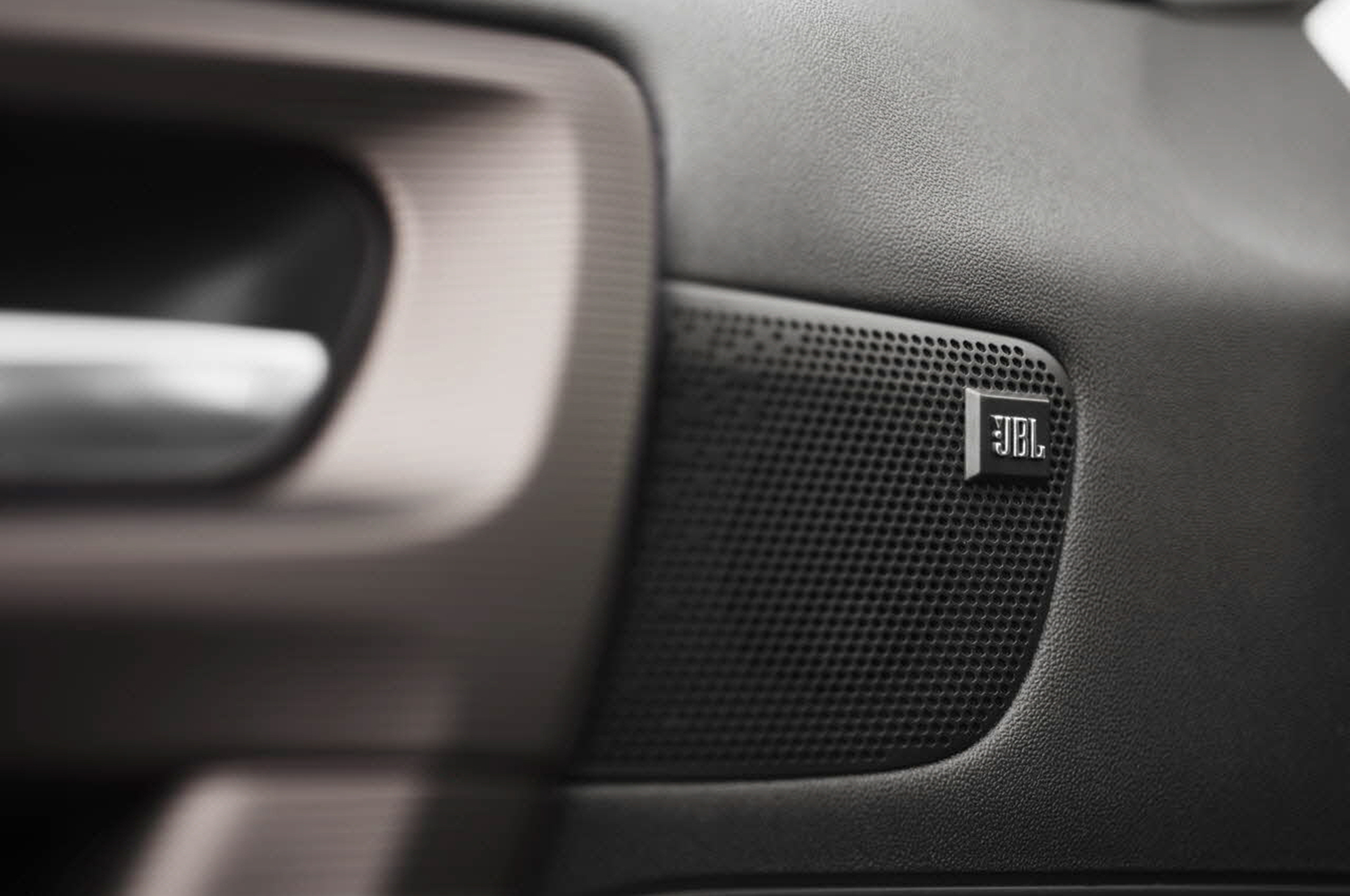 The base radio in our tester sounded about as rich and full as the one in my 1985 K car. Better make the JBL upgrade standard when you send this our way, as young Yank B-crossover buyers cherish their jams.