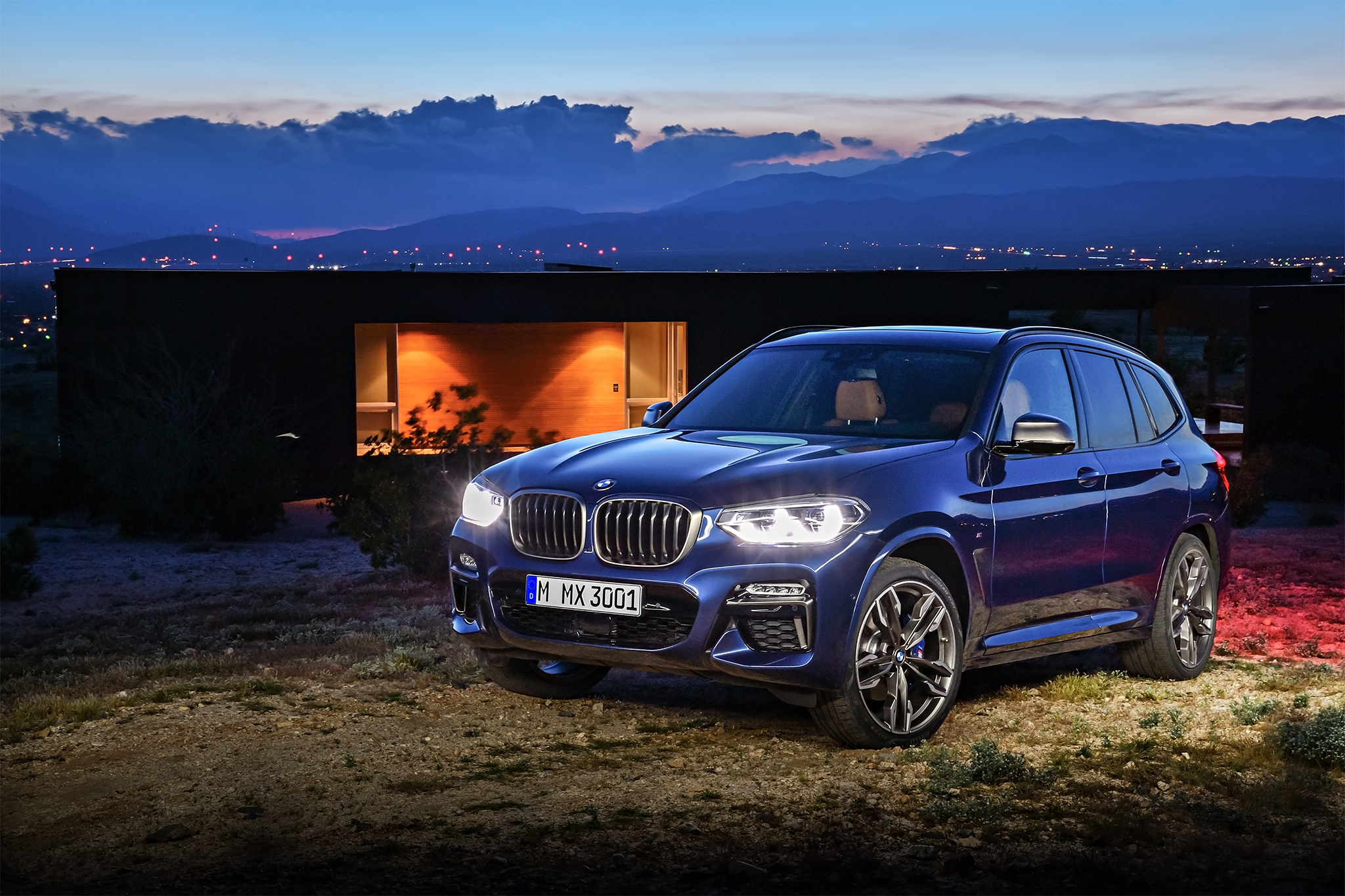 The 2018 BMW X3 has been redesigned, and it’s now wearing BMW’s current design language and boasts a new M performance model that looks slightly more aggressive than more pedestrian variants. Let’s take a look at the third-generation X3 and see how its design has evolved inside and out.

As with other BMW models, the 2018 X3 receives an exterior design that is more evolutionary than revolutionary, especially the front fascia, which features a larger kidney grille and wider headlights similar to those on the new 5 Series sedan. The air intakes on the lower front fascia are also bigger than those of its predecessor, giving it a more aggressive look. The headlight clusters feature new LED accent lighting in a C-shaped pattern instead of the “angel eyes” found on past BMW models. From the side, the new X3 looks similar to the vehicle it replaces, but it appears lower to the ground, especially in the M40i guise. A small M badge on the front fenders placed right above the side air inlets gives a subtle indication that the X3 M40i is geared more towards performance.

Out back, there are wider, less angular taillights that are more sculpted than the ones found on the outgoing X3. The X3 M40i also features split dual exhausts that help give the car a wider, more planted stance when viewed from the rear. Inside, the dash now has a freestanding touchscreen with the new iDrive interface while the center stack is tilted slightly toward the driver to give it a more driver-focused feel.

Available with a 248-hp 2.0-liter turbo-four or a 355-hp 3.0-liter turbo I-6, the 2018 BMW X3 features the latest engines from the German automaker, and they’re paired exclusively to an eight-speed automatic transmission. All-wheel drive is standard, and like its predecessor, the new X3 will be assembled at BMW’s Spartanburg, South Carolina facility alongside the X4, X5 and X6 crossovers.