The three types of performance-car drivetrains are typically ranked thusly in order of preference: 1) All-wheel-drive; 2) Rear-wheel-drive. 3) Front-wheel drive. In reality, that ordering is arguable.

Front-wheel-drive isn’t a preference for performance enthusiasts because the physics don’t work well for the kinds of driving we demand. Asking the front wheels to steer, power, and brake a car is, well, asking an awful lot. Plus, when you pump more power to the front, you’re usually rewarded with wicked torque steer — the jarring tendency for the front wheels to twitch left or right under acceleration. Anything above, say, 250 horsepower, can put you into a wall if you’re not careful.

But, behold the Honda Civic Type R: the witheringly quick front-drive, track-ready, batshit-crazy-looking sedan that’s bowing for the first time in the United States, after several generations of success abroad. Honda’s engineers have all but eliminated torque steer — a heroic achievement, if ever there was one — and the result is, frankly, fantastic. With a 306-horsepower, turbocharged two-liter four, the Type R is the most powerful car in Honda’s lineup, and also the fastest, with a recent record-setting 7:43.80 time at the 12.9-mile Nurburgring and a staggering 170 mph top speed. (Yes, 170 mph. In a Civic.)

How’d Honda pull this off? The keys in taming the torque steer can be found in two places. First, the front suspension geometry, which is often necessarily awkward in front-wheel drive cars, has been modified in this setup — in technical terms, the steering axis offset has been reduced. Second, the Type R comes with a helical limited slip differential, whose mechanical gearing more evenly transmits torque to the front wheels. 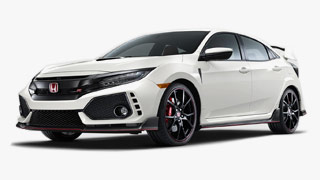 On the track, the car inspired as much confidence as any equally powered rear-drive machine. Engaging track mode tightens up the steering, throttle response, automatic rev-matching, and stability systems, and also stiffens the dampers. The car eerily felt as though it always wanted to be pushed harder, but, encountering tire-squeal and loosening grip, I found the car’s limits sooner than I might have expected. That’s because I was instinctively giving it the Porsche 911 treatment — it just felt that capable. Once I dialed back my expectations to more appropriate levels, I was rewarded with a thrilling ride, effortless handling, ultra-satisfying action from the tight six-speed manual gearshift, and brake/throttle engineering optimized for fast-in/fast-out cornering.

The overall Type R treatment includes far more than hidden mechanical improvements. Key enhancements include enhanced disc brakes and Brembo calipers, lightweight 20-inch wheels, chassis stiffening, and functional aerodynamic modifications that are far beyond cosmetic. The fairly tight and stiffly-cushioned seats have been designed to improve performance too, and kept me anchored as I tossed the machine around. On a post-track street drive, I eyed them warily, but they proved comfortable enough for an…aggressive road trip.

Speaking of aerodynamics and cosmetics, visually there’s an awful lot going on with this car, for sure: scoops, divots, and ports, an expansive rear spoiler (that’s mercifully invisible in the rear-view mirror), plenty of additional strakes and protrusions meant to tame the slipstream. It’s all very dramatic, and complements the already edgy design of the base Civic nicely. The Type-R’s look may not be everybody’s cup of tea, but its performance is absolutely beyond reproach. 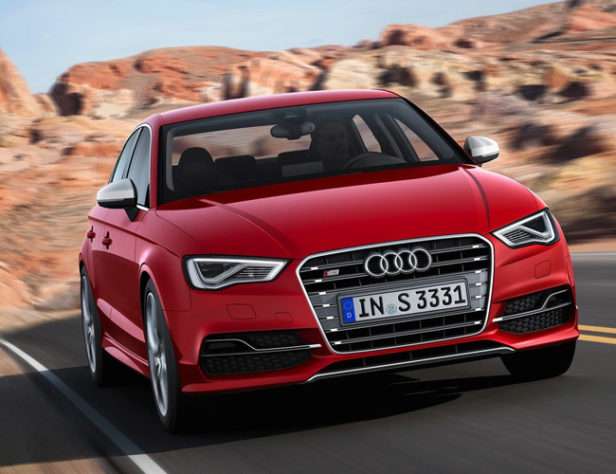