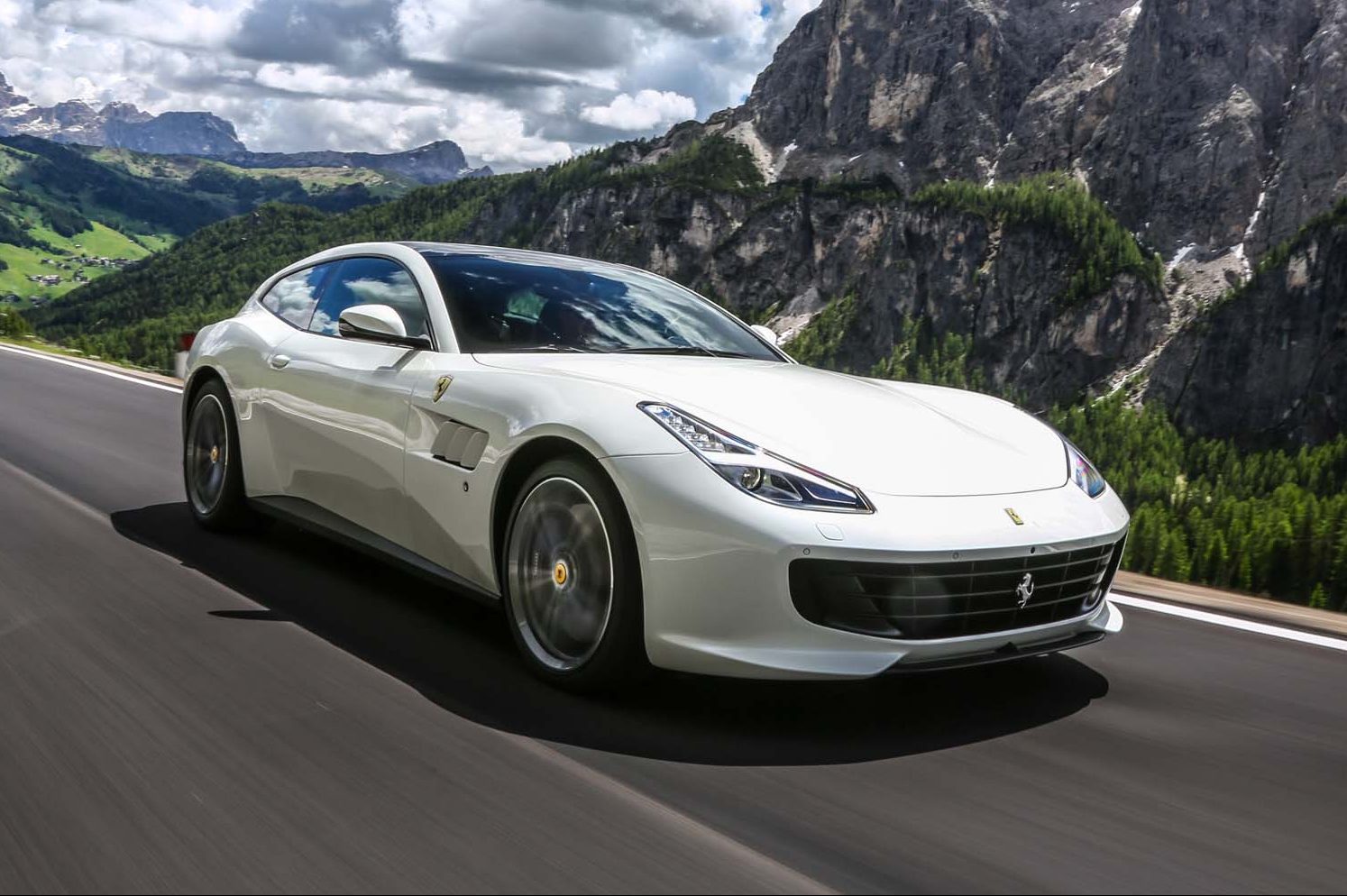 The Ferrari FF has never been regarded as one of Maranello’s greats. Not even a charismatic V-12 engine and 208-mph top speed could overcome the discombobulation induced by a car with wagonoid styling and all-wheel drive wearing the Prancing Horse badge. Ferrari won’t release sales figures, so it’s hard to know whether the FF was a success, but the gossip among the Ferraristi—vehemently denied by the factory—was that buying one became a shortcut to being shortlisted for the next special edition from Maranello. The 2017 Ferrari GTC4Lusso turns all that nonsense on its head. For this is a wagonoid all-wheel-drive Ferrari that is truly, deeply desirable.

Just as well, because appending the Lusso name to the FF’s successor invites comparison with what is still widely regarded as the most beautiful road-going Ferrari of all time—the 250 GT Berlinetta Lusso from the early 1960s. But it’s semantics, nothing more. “Lusso” means luxury in Italian, and the term is used on this new Ferrari in a purely literal context. GTC4Lusso describes, simply, a luxurious gran turismo coupe whose engine drives all four wheels. 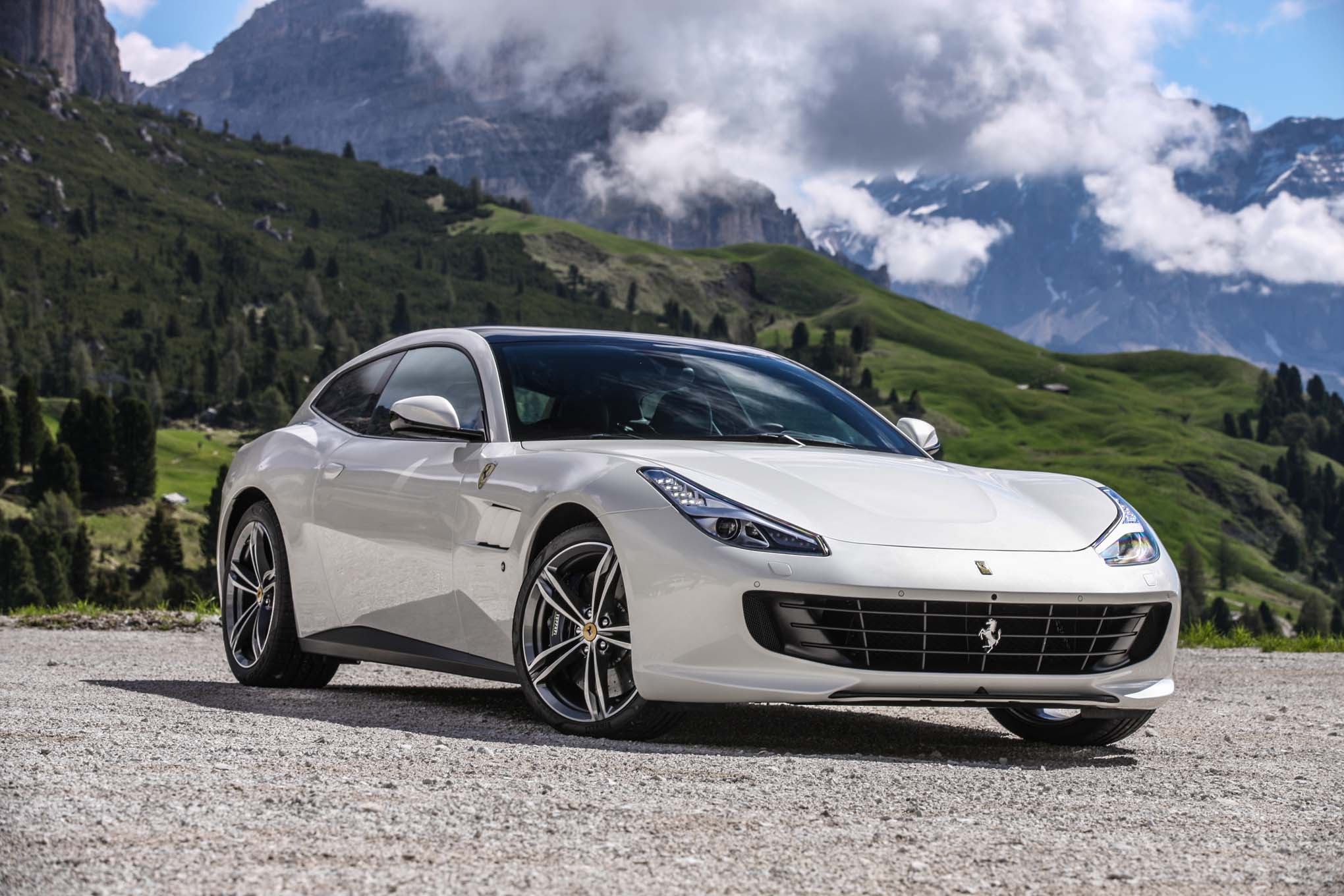 The GTC4Lusso is built around the same basic hardware as the FF, though virtually every component has been upgraded or improved. The naturally aspirated, 6.3-liter V-12 under the hood now delivers 29 more horses—680 hp at 8,000 rpm—thanks primarily to a careful redesign of the engine’s combustion chambers that includes an increase in the compression ratio from 12.3:1 to 13.5:1. The highly sophisticated engine management system can fire each spark plug up to three times per cycle at lower revs, improving drivability and fuel consumption. It also recognizes the effective octane of the fuel in real time and adjusts the park advance in each cylinder during each cycle, thus avoiding detonation.

The GTC4Lusso’s all-wheel-drive system, called 4RM-S, is an evolution of the innovative 4RM setup of the FF. Drive to the front wheels is via a small gearbox—Ferrari calls it a power takeoff unit (PTU)—with two forward gears and a reverse that’s bolted to the front of the crankshaft and uses a wet multiplate clutch to engage each front wheel as needed. The two forward ratios are, respectively, geared slightly taller than second and fourth gears in the rear-mounted, seven-speed dual-clutch transmission. While up to 20 percent of the engine’s 514 lb-ft can be sent to the front axle, up to 90 percent of that can then be directed by the PTU to a single front wheel. The big change over the FF is the integration of active four-wheel steering, a first on a Ferrari gran turismo. Developed from the setup first seen on the track-rat F12tdf, the GTC4Lusso’s system does all the usual rear-steer tricks to enhance stability and agility, plus what Ferrari calls thrust-vectoring control, the ability to turn only the inside rear into the corner to further improve chassis response under certain conditions.

You would expect the GTC4Lusso’s relatively long 117.7-inch wheelbase and its 47/53 percent front/rear weight distribution to deliver somewhat languid transient responses and relatively neutral handling that devolved into mild understeer at the limit. But on the tight, twisting roads through Italy’s Dolomite mountains, the GTC4Lusso felt like Ferrari’s vehicle dynamics team had rewritten the laws of physics.

There is no understeer. None. No matter how hard you push—and with that magnificent V-12 up front delivering 80 percent of its torque at just 1,750 rpm and an endless surge of power all the way to its 8,250-rpm redline, you can push very hard indeed—the GTC4Lusso simply goes where it’s pointed. You can feel the front end snuffling around a little on straight roads at low speeds as the tires track the contours in the tarmac, but as speeds rise, the steering is perfectly weighted and wonderfully concise.

Kick the big V-12 hard in the guts out of a tight turn, and you might get a tiny wriggle from the rear end before the GTC4Lusso hunkers down and lunges for the next corner. But that’s it. The traction is stupendous. The ride quality is remarkable, too. This coupe, 193.8 inches long, 78.0 inches wide, and 4,232 pounds, dances over wicked frost heaves in the Italian mountain roads like a prima ballerina, breathtakingly light-footed and delicate in its body motions yet beautifully composed and tightly controlled at all times. 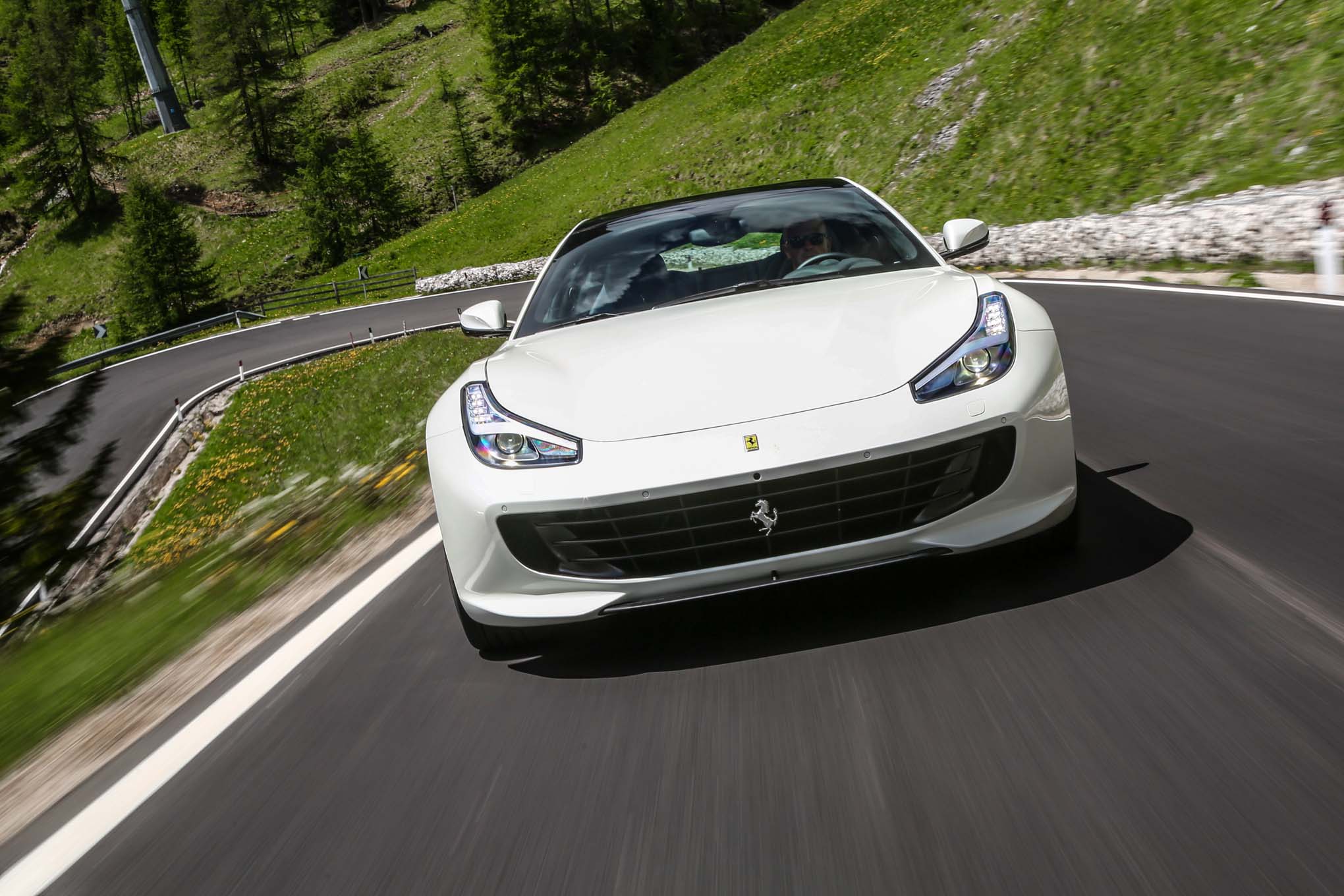 As with the 488GTB, there’s a lot of computing going on to make the chassis feel so remarkably linear yet agile, so utterly predictable yet responsive. The GTC4Lusso’s 4RM-S four-wheel-drive and four-wheel-steering systems, plus the latest-generation electronic rear differential, MagneRide electronic dampers, antilock brakes, and traction control, are all overseen by a fourth generation of Ferrari’s innovative Side Slip Control system (SSC4).

In simple terms SSC4 works by constantly predicting vehicle slip angles and ordering electronic countermeasures—dynamically changing front and rear roll stiffness by altering damper rates, vectoring torque to any wheel to increase agility or stability, steering either or both the rear wheels—to keep the GTC4Lusso doing what the driver wants it to do. That SSC4’s outputs feel entirely natural stems from a unique insight. “Rather than put all the systems together and see what happens,” says Ferrari vehicle dynamics chief Stefano Varisco, “we use all the systems to express a point of view as to what we want the car to do.” Call it Zen and the art of chassis tuning. Right now, Ferrari might just have the best bunch of chassis engineers in the business. Yes, the GTC4Lusso is that good.

Inside, a new steering wheel, which will also be fitted to future Ferraris, features a smaller airbag with the horn actuated from the center button, and all minor controls, from indicator to wiper switches, from the Manettino. And it’s here that Ferrari makes the GTC4Lusso’s design intent crystal clear. The Manettino allows drivers to switch between Snow, Wet, Comfort, and Sport modes and allows the stability control system to be switched off. But there is no Race mode. This is a touring Ferrari, not a sports car.

Ferrari product marketing boss Nicola Boari says FF customers, who are 10 years younger than the average Ferrari buyer, drive their cars 50 percent farther and make 70 to 75 percent of their trips with at least one passenger on board, told Maranello they wanted a car they could drive every day. “They weren’t looking for more performance,” he says. “They were looking for more ways to use the car.” One customer criticism: The FF’s exhaust note was too loud in normal driving. On the GTC4Lusso, the secondary baffles in the mufflers do not open until 4,500 rpm or so. In Comfort mode, with the transmission switched to automatic, this Ferrari is impressively quiet and refined around town.

“It’s fair to say Ferrari has not been at the top in terms of infotainment systems,” notes Boari wryly. The GTC4Lusso changes all that with an infotainment system that is state-of-the-moment. The centerpiece is a 10.25-inch HD touchscreen that allows users to swipe between modes, pinch and zoom, or use haptic controls if they prefer, and it offers split-screen views. The navigation display uses Google Earth maps, and the system will hook up with Apple CarPlay. A thin, separately configurable 8.8-inch secondary screen that runs across the dash above the glove box is available as an option. 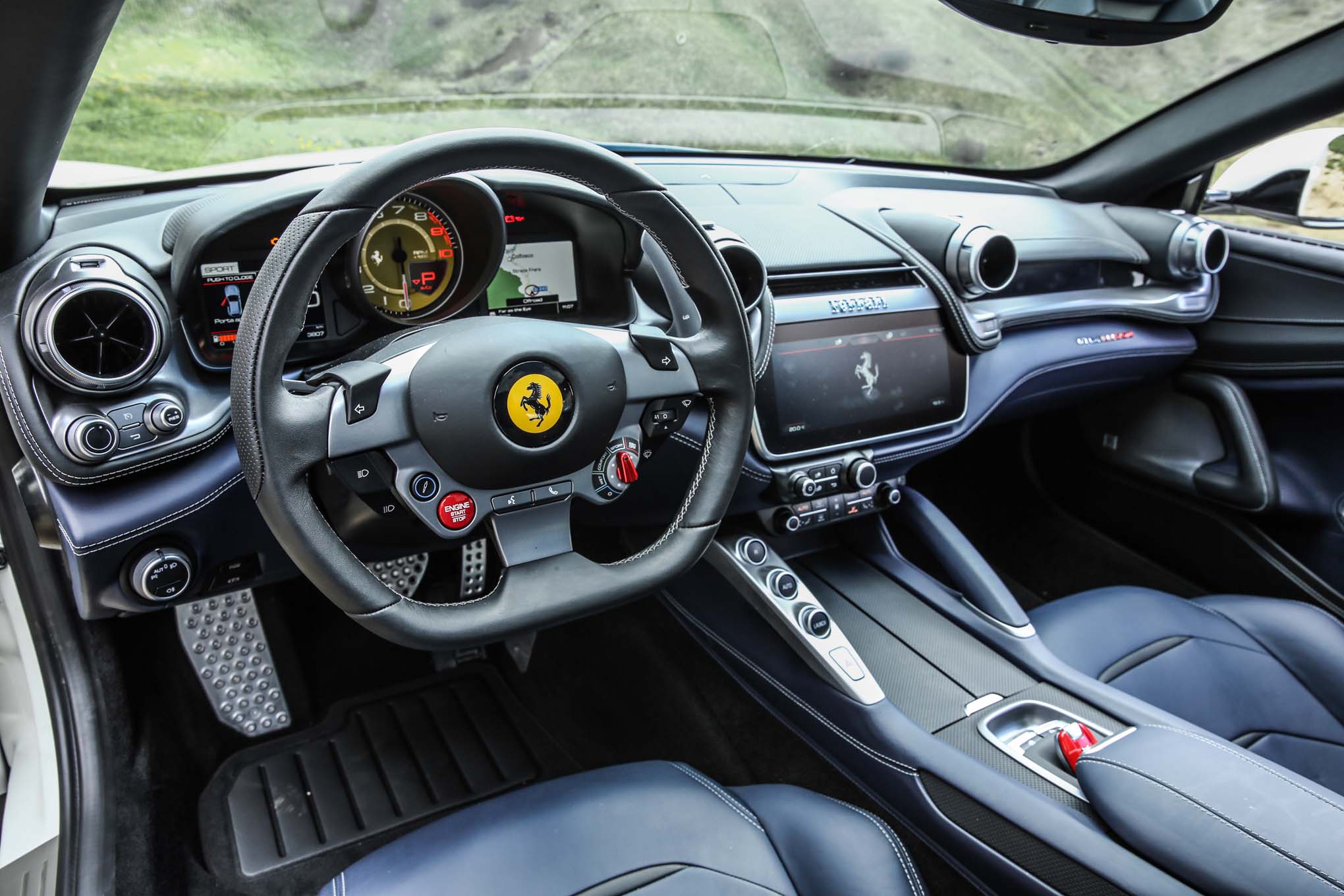 The dramatically styled interior looks elegant and modern, more upscale than any recent Ferrari; it’s luxurious without resorting to the often cliché chromed ’n’ wood ’n’ leather. The front seats are firm and supportive yet very comfortable. You could cover a thousand miles a day in this car and get out of it each evening feeling fresh. The rear seats? Not so much. Although rear-seat legroom has been increased 16mm compared with the FF, it’s still a relatively tight fit back there for adults. That said, the front seats motor forward to make entry and egress much easier, and the accommodation is perfectly acceptable for shorter journeys. For most duty cycles, the GTC4Lusso is a genuinely usable four-seater.

The car’s biggest single improvement over the FF, the one thing that will get people to take Ferrari’s unique take on a modern GT much more seriously, is the restyled exterior. Done in-house by Ferrari Design, the GTC4Lusso keeps the same general proportion as the FF, but the surfacing is much more toned and athletic, the detailing crisper and more concise. Elements of the redesign that make all the difference: the elimination of the reverse angle at the rear of the daylight opening; broader shoulders courtesy of a 1.1-inch increase in width across the rear wheels; a stronger rear end graphic with four taillights; the three-vane side vent that deftly pays homage to the iconic 330GTC; a simpler, broader grille; the subtle spoiler over the rear window. The FF looked soft, flaccid. The GTC4Lusso looks low, wide, muscular, purposeful. It has real road presence.

Breathtakingly quick and capable when you want it to be, impressively smooth and comfortable when you need it to be, the Ferrari GTC4Lusso is the real deal, a gran turismo you can drive all day, every day. It is the first true 24/7 Ferrari. Due to arrive in the U.S. in the fourth quarter, with prices starting from about $300,000, it’s been a long time coming—but well worth the wait.

Four-Seat Ferraris: Great in theory, not always in practice

“The GTC4Lusso is the best answer we can give to the question of if we are doing an SUV,” says Ferrari product marketing chief Nicola Boari with a smile. He’s only half-joking, of course. Even though Ferrari is now directly run by Sergio Marchionne, a man whose understanding of brand and product is far from nuanced (“Hey, let’s rebadge Chryslers in Europe as Lancias. They’ll sell like hot cakes.”), a Ferrari SUV is off the agenda. Sergio has said so himself.

Ferrari is best known for its racing and sports cars. But the company has a long history of building four-seaters, too. The 1960 Ferrari 250 GT/E was the first production four-seat Ferrari. It used the 3.0-liter V-12 engine and chassis of the 250 Tour de France. Almost 1,000 were sold, but despite that promising debut, four-seat Ferraris have tended to be more polarizing than popular.

Want to start a bar fight with a Ferraristi? Say you like one of these cars. 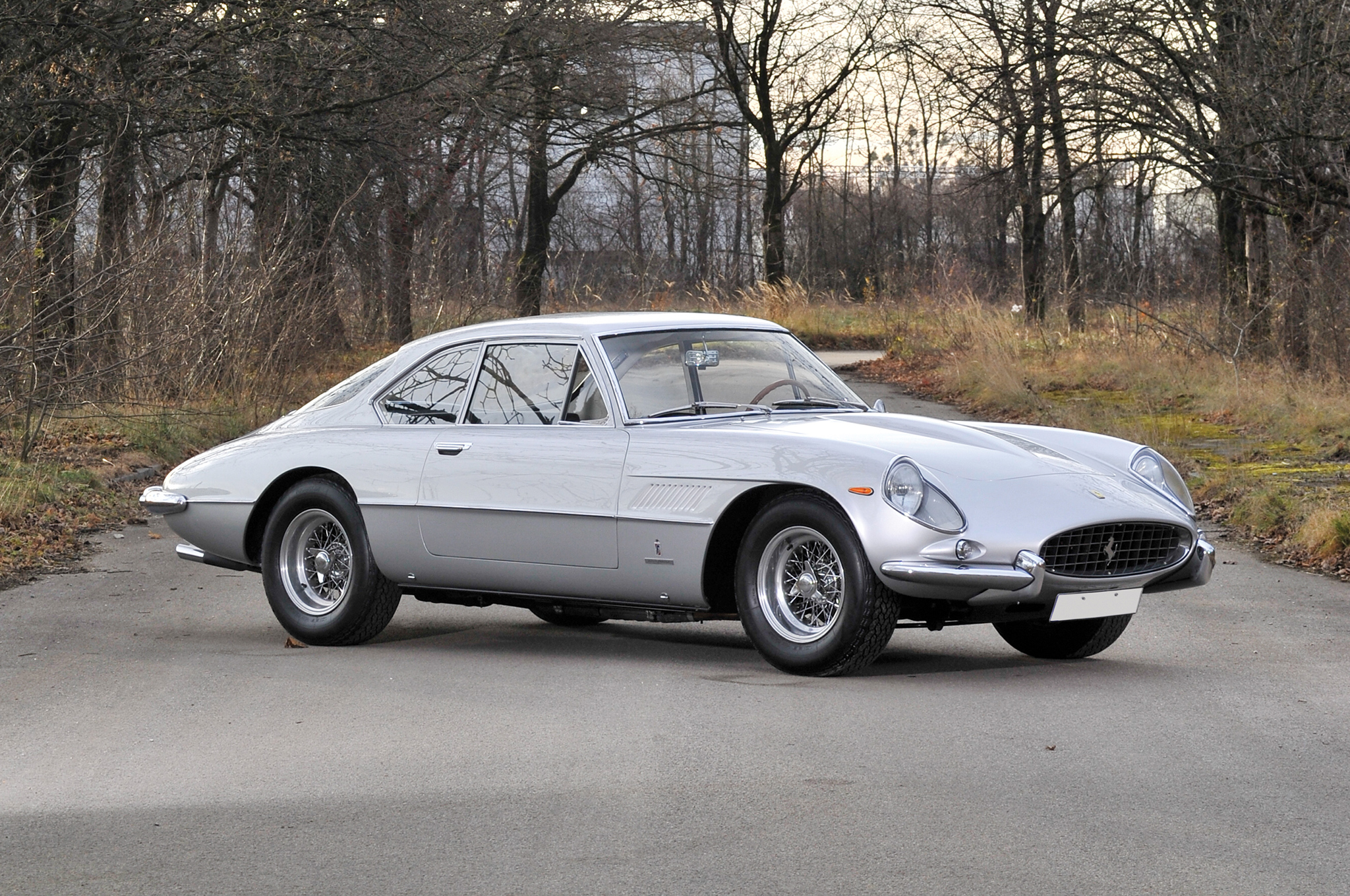 The Ferrari 400 routinely draws flak for its styling, as schmaltzy ’70s as the soundtrack from “Saturday Night Fever” (though one should never discount the possibility of hipster irony kicking in and sending values through the roof one day). But the 400’s real crime was that it was the first Ferrari available with—gasp!—an automatic transmission. And a three-speeder from GM at that. 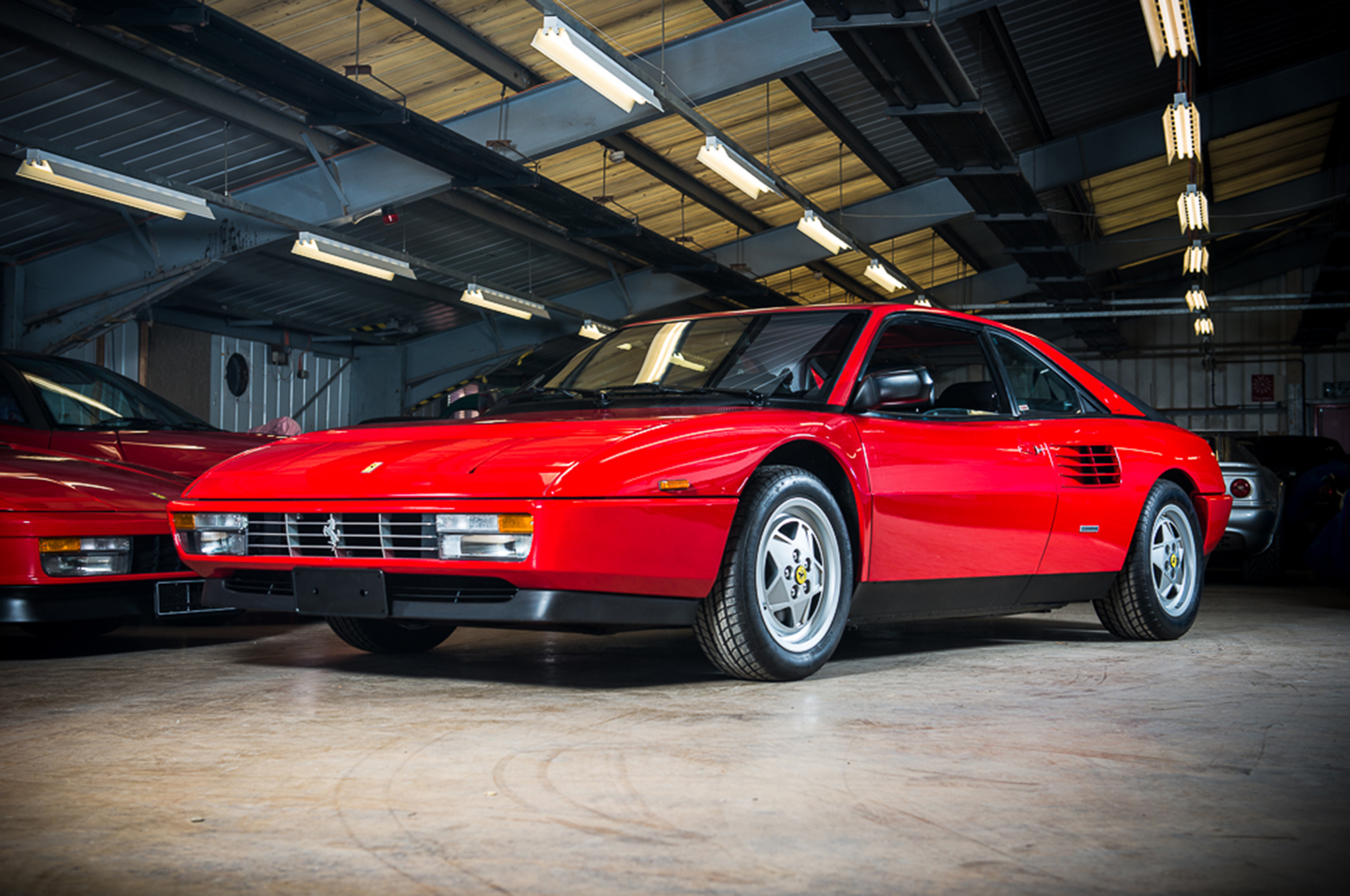 Few people would try to build a mid-engine car with room for four passengers. But that’s exactly what Ferrari did with the Mondial. With its tall roofline and stretched wheelbase, it looked slightly odd, and early models gained a reputation for being—by Ferrari standards—poor performers. The irony is that while the purists might have hated it, the Mondial stayed in production for 13 years, and more than 6,100 were sold, making it at the time one of the most successful Ferraris ever. 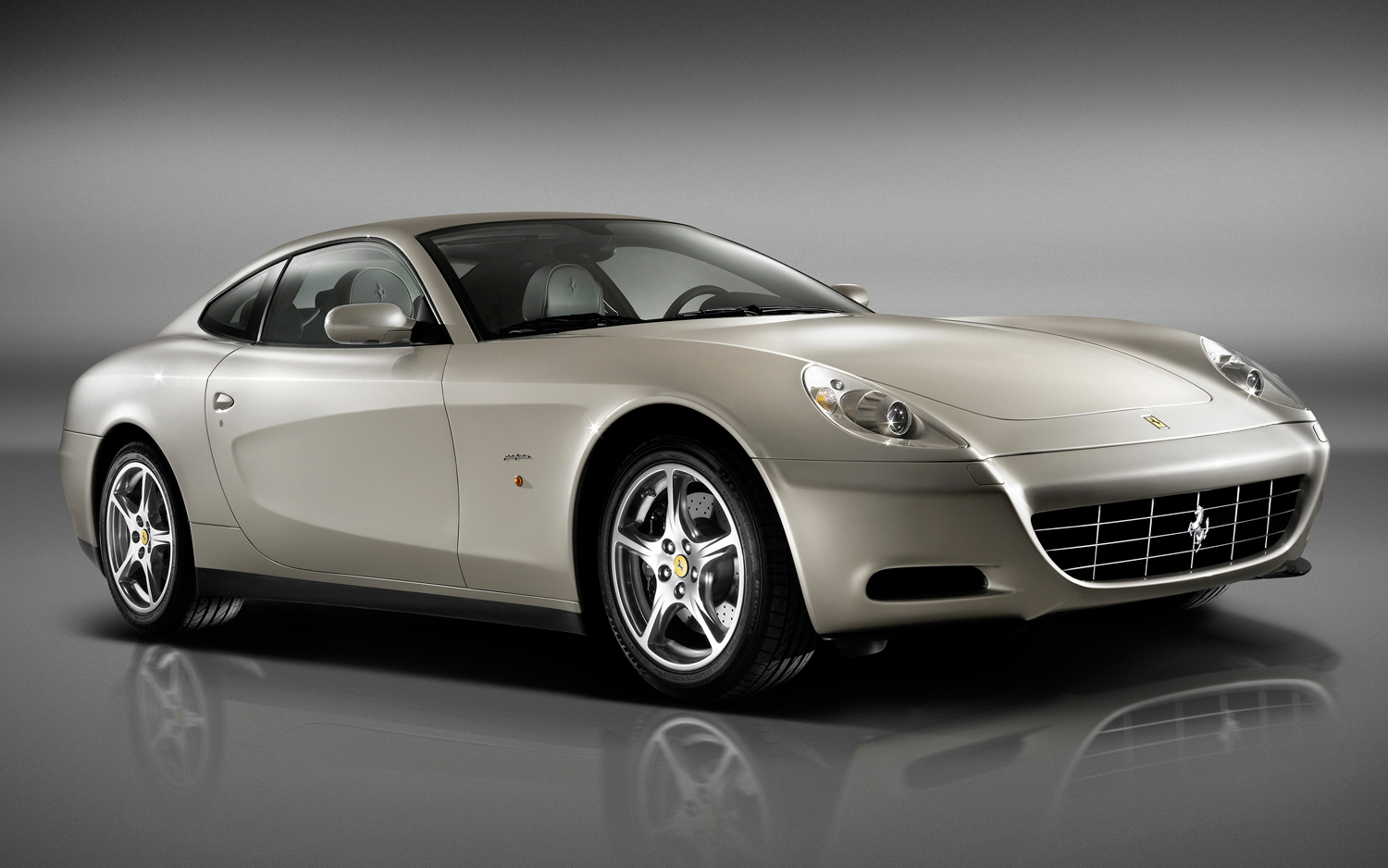 On paper the Scaglietti looked the business: a 532-hp V-12 under the hood, a top speed just a smidgen under 200 mph, and genuine room aboard for four people. In the metal it looked … bleah. The dash-to-axle was too extreme, the retro styling cues, cribbed from the special-bodied 1954 375MM ordered by Italian director Roberto Rossellini for his wife Ingrid Bergman, too forced.