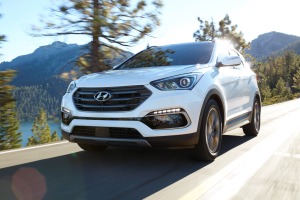 The rating applies to front-wheel-drive and all-wheel-drive versions of the 2017 Santa Fe Sport, which is on sale now at Hyundai dealerships.

The award applies to the Santa Fe Sport with optional front-crash prevention.

Key competitors to the Santa Fe Sport include the Chevrolet Equinox, Ford Escape and Toyota RAV4.

Edmunds says: Car shoppers keeping score should note that the 2017 Chevrolet Equinox earned a four-star overall safety rating from NHTSA. The 2017 Ford Escape and Toyota RAV4 have not been rated.