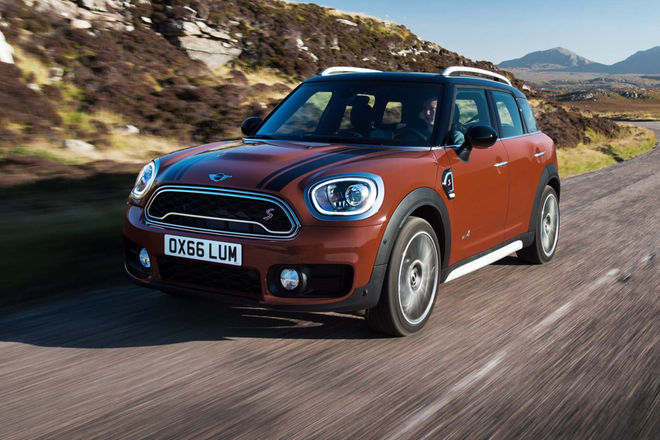 The 2017 Mini Countryman is like a rowdy, rambunctious teenager who’s grown up to become a pleasant young adult. The new Countryman is bigger and better mannered than the model it replaces and better groomed inside and out. The cheeky edge that’s core to the Mini brand is still there, but it’s less forced. The biggest, most versatile Mini in history, the 2017 Countryman feels more comfortable in its own skin.

The new Countryman launches in the U.S. in March with the 134-hp 1.5-liter three-cylinder Cooper and 189-hp 2.0-liter four-cylinder Cooper S models, each available with front-drive or Mini’s ALL4 all-wheel drive and the choice of a six-speed manual or eight-speed automatic transmission. Prices start at $26,950 for the base Cooper Countryman, and stretch to $31,950 for the Cooper S ALL4 Countryman. The 228-hp John Cooper Works Countryman arrives in April, and the range will be rounded out in June by Mini’s first ever plug-in hybrid, the Cooper S E Countryman. Both will be 2018 models.

The 2017 Countryman shares its front-drive architecture, codenamed UKL2, with, among other things, the BMW X1. The new Countryman’s 105.1-inch wheelbase is the same as the X1’s, but it’s 6.2 inches shorter overall than BMW’s baby SUV, which tells you everything you need to know about how Munich sees the relationship between the two brands. It might be the biggest Mini of them all, almost an inch longer overall than the UKL2-based Clubman that launched last year, but the Countryman is still a small SUV.

And it drives like one, too. The Cooper S ALL4 Countryman automatic we sampled on the launch program in the U.K. zipped along narrow British country lanes like a tall hot hatch, especially with the transmission in Sport or Manual modes to make the most of the 2.0-liter engine’s 207 lb-ft of torque from 1,250 rpm. The ALL4 system delivered welcome grip in icy corners, and the meaty steering allowed the big Mini to be accurately placed between the hedgerows. 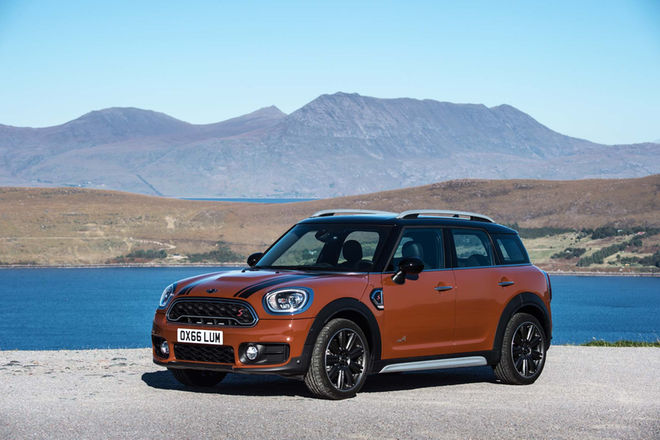 So far, so Mini. Where the new 2017 Countryman surprises is its palpably improved ride refinement, even on the 18-inch wheels and 225/50 tires that are standard on U.S. spec Cooper S models. Where the old Countryman crashed and bounced over sharp lumps and bumps like a Conestoga wagon racing across the prairie, the new one is quieter and more composed, though its body motions are still tightly controlled. The longer wheelbase helps, reducing fore-aft pitching, but there’s also been a marked improvement in the initial compliance of the suspension.

Compared to the previous model, the 2017 siblings are 7.4 inches long, 1.3 inches wide, and 2.9 inches long and wheelbase. Although it does not look bigger, you immediately realize that the interior is more spacious and you drive. Now the real room in the back seat is two adults for their luggage, and more space. Also significantly improve the quality of the material throughout the cabin. While the interior design is also jokingly small, it looks and feels more upscale.

Despite its narrow cabins and penalties, the front of the compatriots proved to be very popular with more than 550,000 sales worldwide since its inception in 2010. With more space, more refined, more comprehensive appeal, the new compatriots convincingly address the key weaknesses of the old model without losing the innate charm of shameless brands, with other recent miniskirts, especially the regular hardtop , The style is disturbing sitting on the big UKL2 hardware. “We are more mature fellow Julius Schluppkotten chief program.” The car is more mature. ”