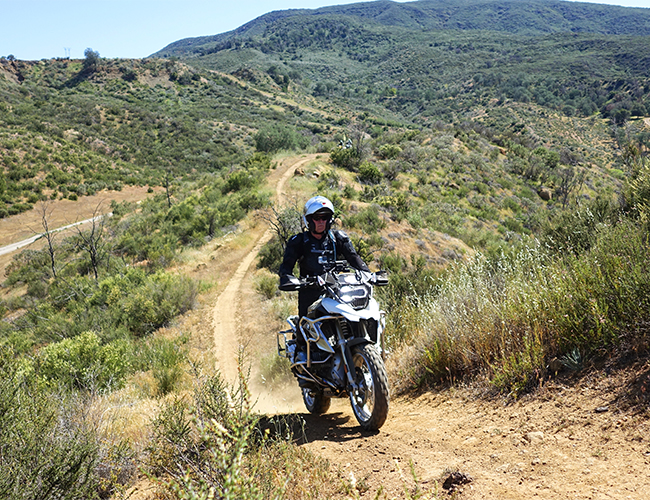 Jeffrey Ford, who won a RawHyde a spot in RayHyde’s training course, we join the Adventure Motorcycle Training together.

It takes us all just over an hour to “summit” our first challenge; five riders went down in total, none hurt. But everyone is smiling, red-faced and sucking on their hydration packs, because picking up a 600-pound motorcycle is no easy feat, and having to do so on an incline just after breakfast is infinitely tougher. Everyone lends a hand, and other than one helmet sandblasted by an unintentional whiskey-throttle rooster tail, all of the equipment is still tip top.

Jim Hyde, the man behind RawHyde, always has a plan up his sleeve. He breaks down for us where things went wrong, and plants seeds to make sure it doesn’t again. Taking riders from “zero to hero” in rugged terrain is something RawHyde has taught for a dozen years. Lesson One — taking a low-speed tumble, picking up your bike (properly) and trying again — is a well-polished trial by fire.

Nobody wants to crash, but in off-road riding, as I’ve learned many times before, it’s just a part of the adventure. Teaching techniques to avoid those adventures is where RawHyde’s facilities and team members really shine. By midday, most of us could feather throttles and clutches to control our bikes at a walking pace; some could even balance at a dead stop. Each skill built on the foundations laid by the previous, until we were able to execute drills that seemed more than unlikely from the bottom of that first hill.

After the first day I felt I had mastered my throttle, brake and clutch inputs to a near telekinetic level. I could feel and anticipate the bike’s reactions to changing surfaces and situations and reposition my body to keep it (and my Rev’It suit) nice and shiny. 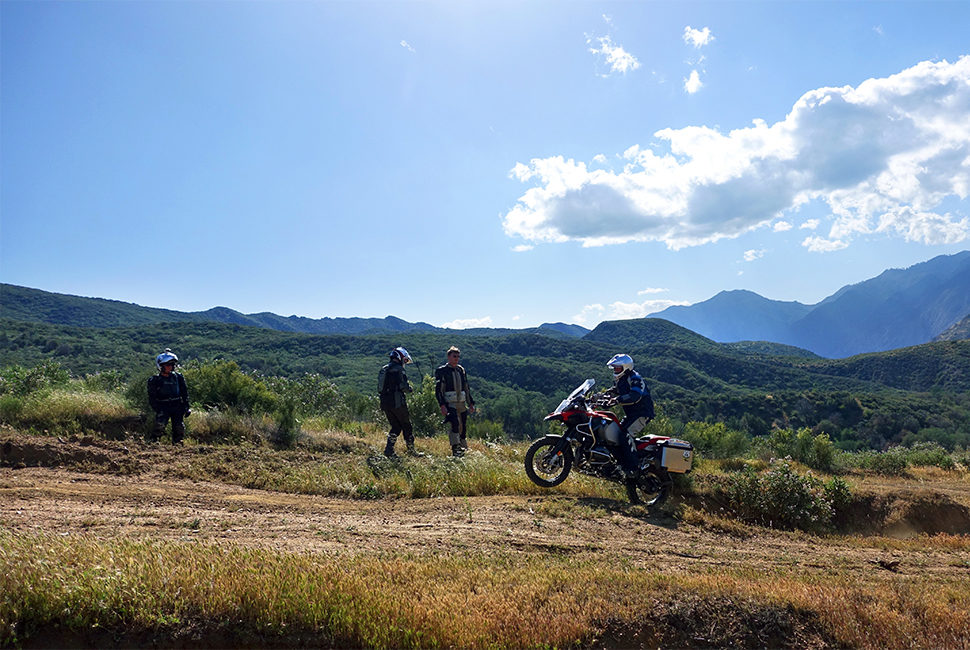 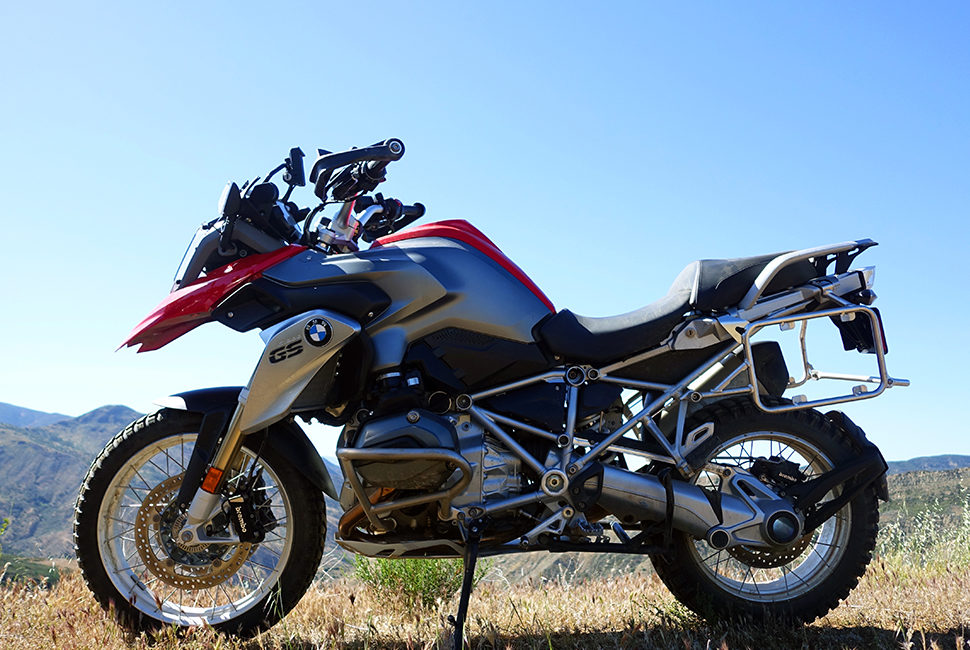 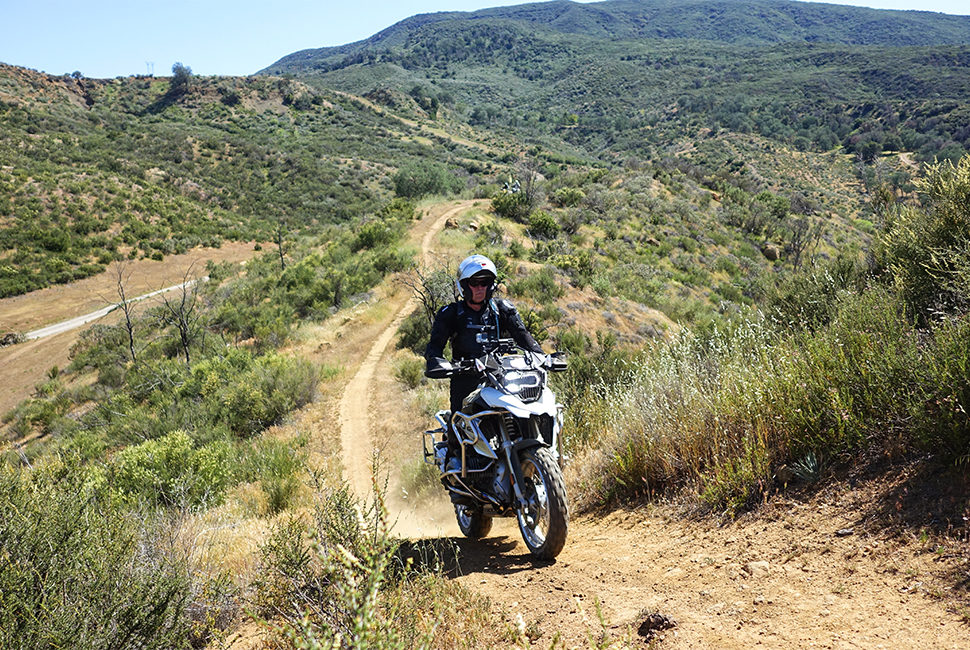 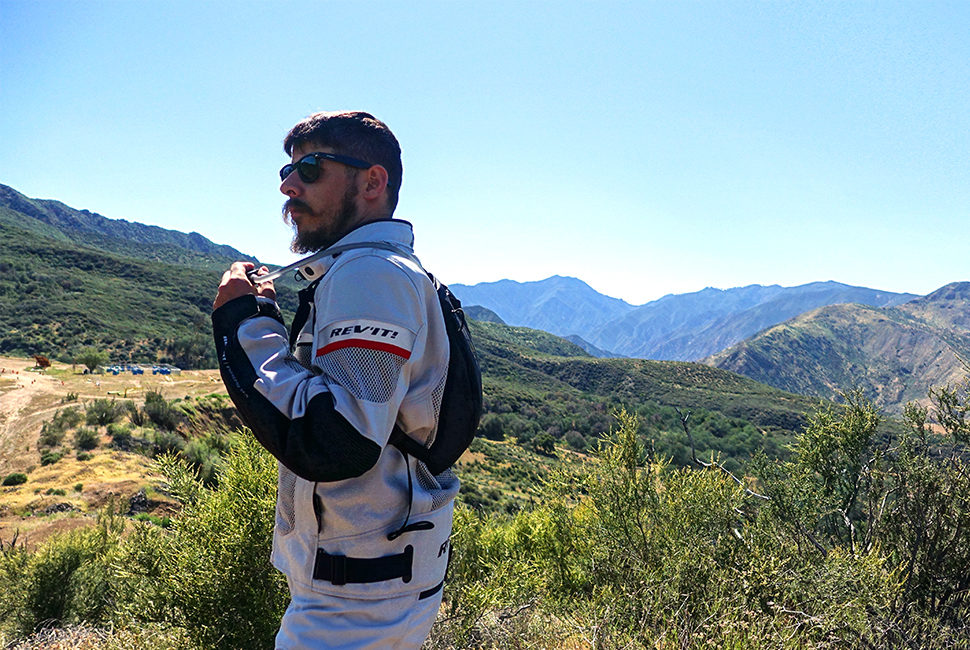 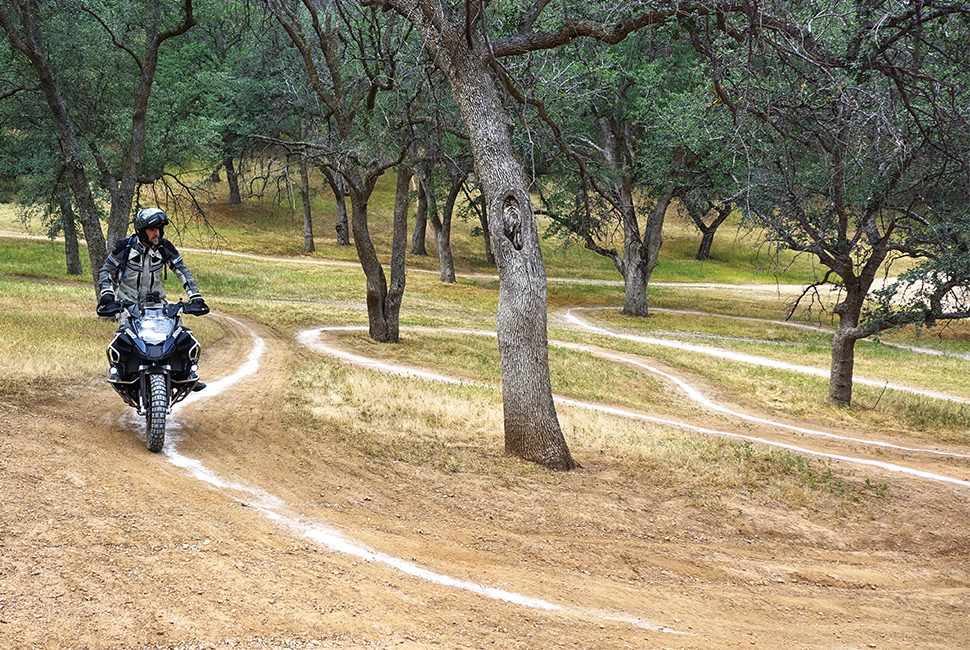 By the middle of day two, confidence and skills were growing exponentially. Most of us could now easily maneuver 59.4 inches of contact patch around a 96-inch-wide figure-eight. We knew what to do when the rear wheel became buried axle deep in sand and how to control descent speeds on declines slippery enough to ski down.

Picking up a 600-pound motorcycle is no easy feat, and having to do it on an incline just after breakfast is infinitely tougher.

Our weekend concluded with an invite from Jim to put our skills to the test on a small, technical run around his ranch. Three of us — our contest winner included — jumped at the chance. The terrain was tough, with 60-degree inclines, single-track lines through trees and off-camber chicanes, but we tore through, exploiting our new skills. I had yet to dump my bike once and, sensing I was feeling pretty cocky, Jim lead us to a steep decline of mushy, single-track dirt. I lasted a solid 40 feet before things went to shit and I found myself covered in crud and posing for my glory shot, baptized by dirt. Smirking while we righted my steed, Jim said the photo was insurance to make sure I’d come back for their advanced-level training. I guess humility is Lesson Two.

RawHyde: In the Words of Our Winner

It was hard to get over the fear of dropping a BMW GS. I’m a small guy — five-foot-eight and 140 pounds soaking wet — and I probably dropped more than anyone in our group. But the challenges Jim put us through got me over my fear. Some of the guys who couldn’t get over theirs didn’t get all they could have out of the course.

By the end of the weekend, the GS felt completely natural on the trails, and I wasn’t worrying about the weight. I thank Jim — he taught us braking techniques and body positioning that I never needed riding smaller bikes, making this experience something of a watershed moment for me. I’ve stayed away from bikes over 1,000cc because of my size, but RawHyde showed me that with the right instruction, you can ride whatever you want, wherever you want.

All of the RawHyde instructors love what they are doing, the food was top notch and the atmosphere was truly something special. Most importantly, Jim has developed a course that will challenge any rider, and definitely delivered on the “from zero to hero in one weekend” promise. I’m grateful for the experience and would recommend it to anyone. 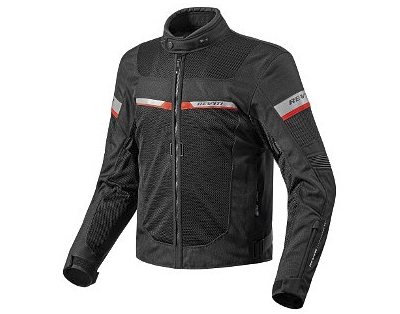 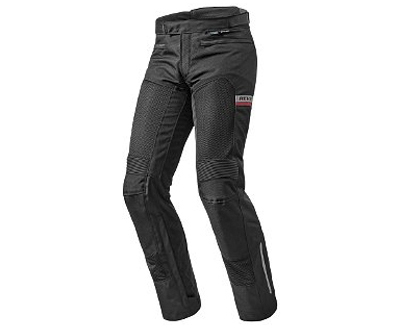 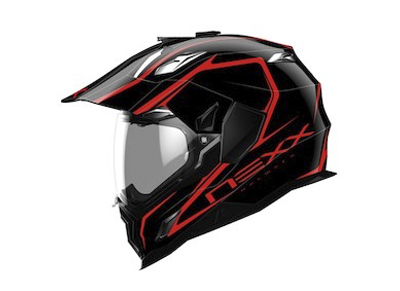 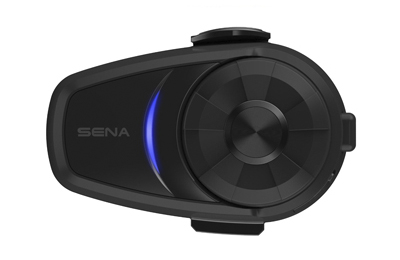