Despite the mostly aluminum body, it tips the scales at 13,200 pounds, and its 2,500-cu.in supercharged Packard V-12 produces a reported 1,600 horsepower and 3,000 pound-feet of torque. The 1940 Packard Royal roadster, created by plus-size car builder Rodney Rucker, is perhaps the very definition of political incorrectness, and on Sunday, June 26, it crosses the auction stage as part of Auctions America’s Santa Monica, California, sale. It measures 31.5-feet from end-to-end, nearly 10-feet longer than a Ford Super Duty pickup.

Rodney Rucker has a passion for heavy equipment, and his shop has turned out everything from a tracked-vehicle monster truck to a V-8-powered shopping cart that seats eight. His better-known projects include the Pete’ster, a 1950 Peterbuilt tractor powered by a twin-turbo Detroit 8V92 diesel; Sneaky Pete, a 1964 Peterbuilt tractor chopped 10-inches and powered by a Continental AV1790 V-12, the same tank engine that powers Jay Leno’s Blastolene Special; and Rodzilla, a 1928 Studebaker sedan powered by a twin-turbo version of the same Continental engine. 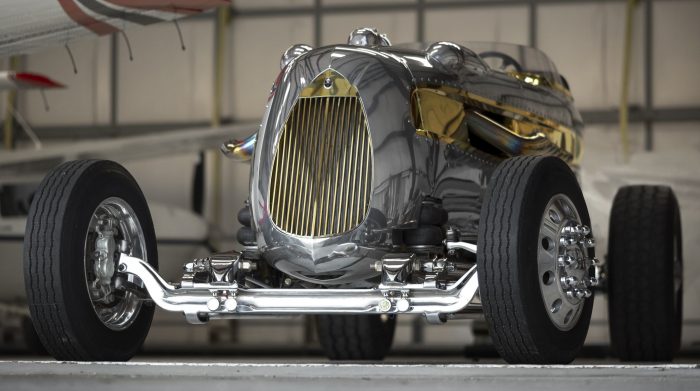 In other words, he’s not a man content to build a roadster smaller than the Blastolene Brothers Special. For the Packard Royal, Rodney chose a military engine of a different origin, opting to use a Packard V-12 that began its life powering a PT boat during the Second World War. Used as fast attack boats, PT (for Patrol Torpedo) boats were typically powered by three (and sometimes four) normally aspirated Packard engines, each producing a rated 1,200 horsepower. Unarmored (but hardly unarmed), PT boats used speed an maneuverability as their primary defense. 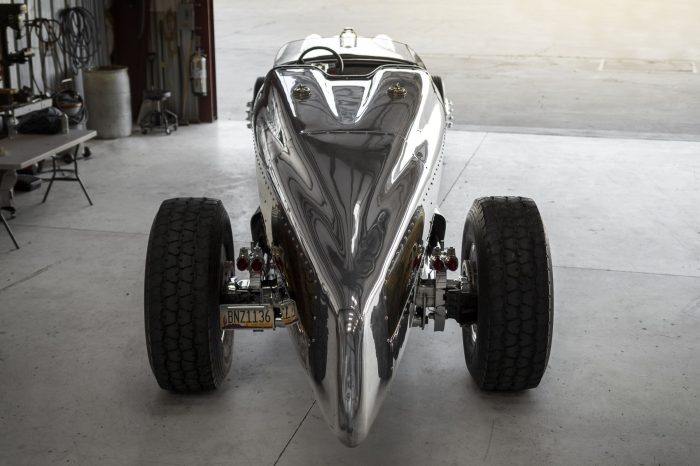 Adapting a purpose-built marine engine for use in a plus-size roadster presents numerous engineering challenges, particularly when the engine is supercharged for added power. The Packard V-12 spins in an opposite direction to conventional automobile engines, so to circumvent this, Rodney employed two transmissions and two drivelines in the Packard Royal. Cooling the beast requires four radiators, six electric fans (and two heavy-duty alternators), and 25 gallons of coolant, and as Rodney explained at the car’s 2014 introduction, its 31-foot length was required to house everything needed to keep the Packard running on all 12 cylinders.

That includes 30 gallons of oil and 100 gallons of gasoline, enough to get the car somewhere between 75 and 150 miles down the road, depending upon the level of driver enthusiasm. With its gleaming aluminum and brass bodywork, thunderous roar (and occasional jet of flame from the exhausts), the Packard Royal is not the car for introverts, those on a budget or anyone even remotely concerned about the environment. 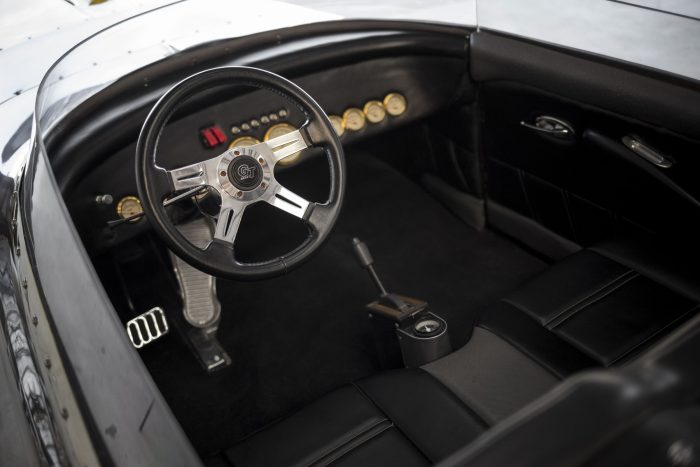 Building the roadster took an estimated 12,000 man hours over five and a half years, a process lengthened by the trial and error process employed by the crew. Chip Foose reportedly consulted on the body design, and scale aside, it isn’t an unattractive car. It will certainly command attention wherever it’s driven, though the list of states willing to issue plates and registration to such a creation likely won’t stretch to fifty. 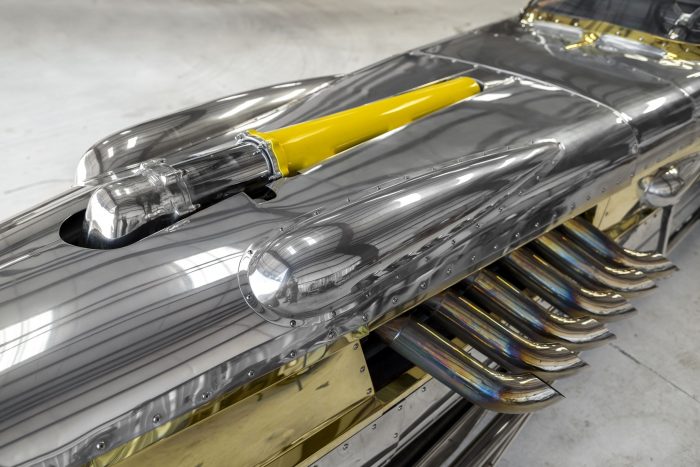 It’s certainly difficult to price such an automobile, given the amount of work that went into its creation and the limited population of potential buyers, but Auctions America predicts a selling price between $450,000 and $600,000 when the Packard Royal crosses the block in California. Whether that’s high or low, we suppose, all depends upon how many qualified bidders decide they want the one-of-a-kind roadster parked in their oversize garage. 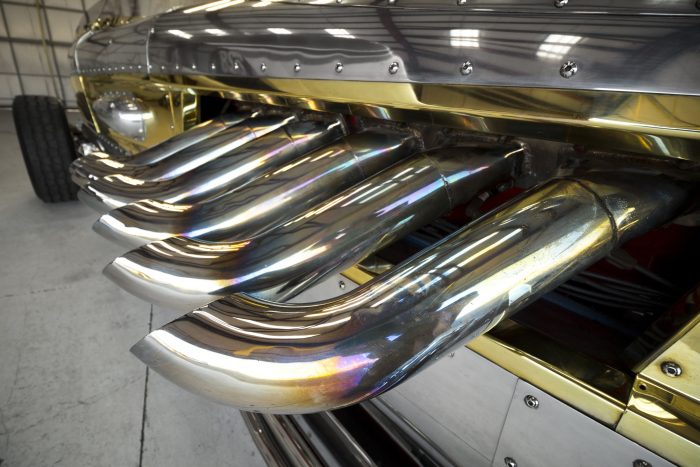